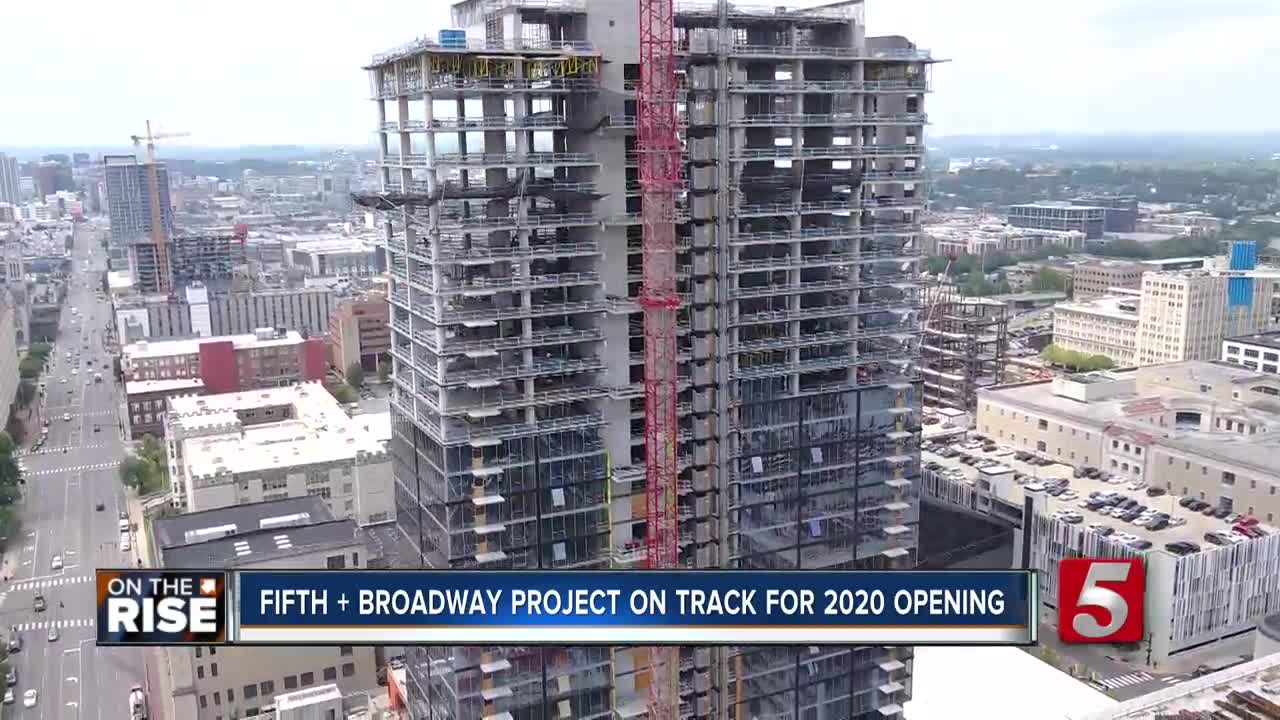 Tennessee’s tallest apartment tower has officially topped out at 415 feet, marking a major milestone in the Fifth + Broadway project. 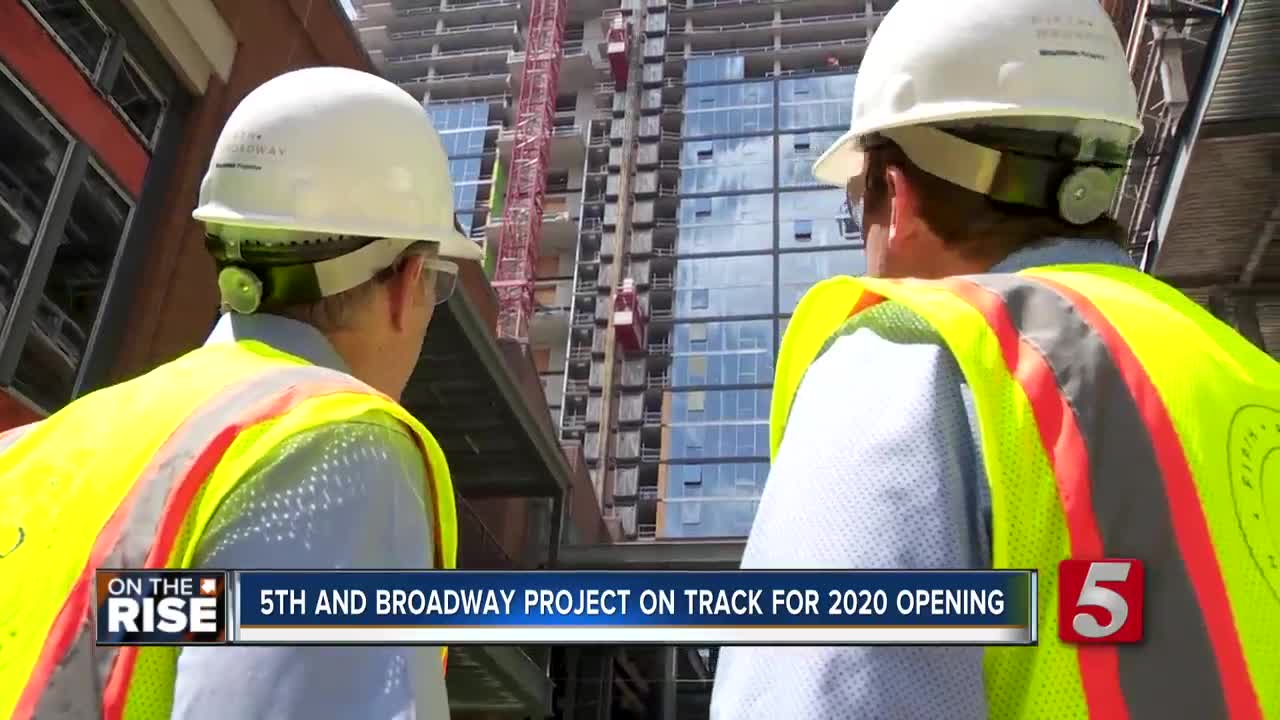 Since the project’s groundbreaking in April of 2017 by Skanska, the general contractor, workers have put in more than 1.7 million work hours, used more than 90,000 yards of concrete and 12.8 million pounds of rebar.

The apartments will range in size from about 500 square feet to more than 2,000 square feet, with special amenities for tenants including a pool overlooking Lower Broadway and shared spaces.

“Every third floor we’ve enlarged what we have called a community balcony,” Burgin Dossett, vice president at Brookfield Properties, said, allowing tenants to share space that looks out over Lower Broadway.

At the street-level of the project, the big focus will be on storefronts and walkability, with a large alley traveling through the project.

“Part of the inspiration of this were spaces like Printer’s Alley and the Arcade,” Dossett explained.

While many of the businesses occupying the space have yet to be announced, the largest occupant will be the National Museum of African American Music, which will be housed in a 56,000 square-foot facility.

The project has been a large undertaking for Skanska, but they’ve completed it all while working closely with the city.

“If we need to do something on 5th Avenue, we’ve got to take into account what’s happening at the Ryman and what’s happening on Broadway,” Rob Johnson, Skanska project executive, said, adding that they work with the city to make sure they close streets at times that work for everyone.

The workers themselves have been working hard on the project, with many moving to the area to work on this specific project.

“It’ll be very rewarding to look back when you come past this for everybody that’s worked on it to see this project, this development when we’re done with it. It’s gonna be pretty cool,” Johnson said.

The project is expected to be done in 2020, with the apartment tower expected to open by the end of May, and the other parts of the project opening sometime thereafter.