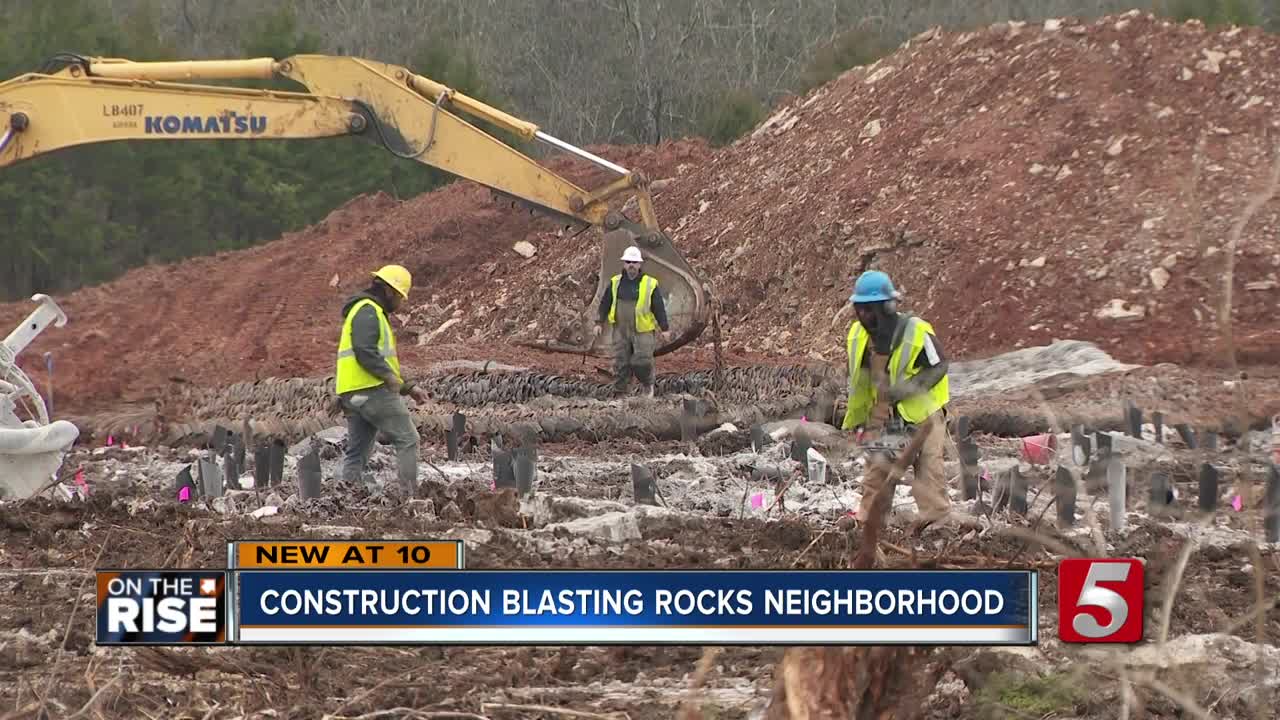 A south Nashville community is being shaken by new developments in the area. Blasting from a nearby construction site is rocking their homes and some are blaming it for damage. 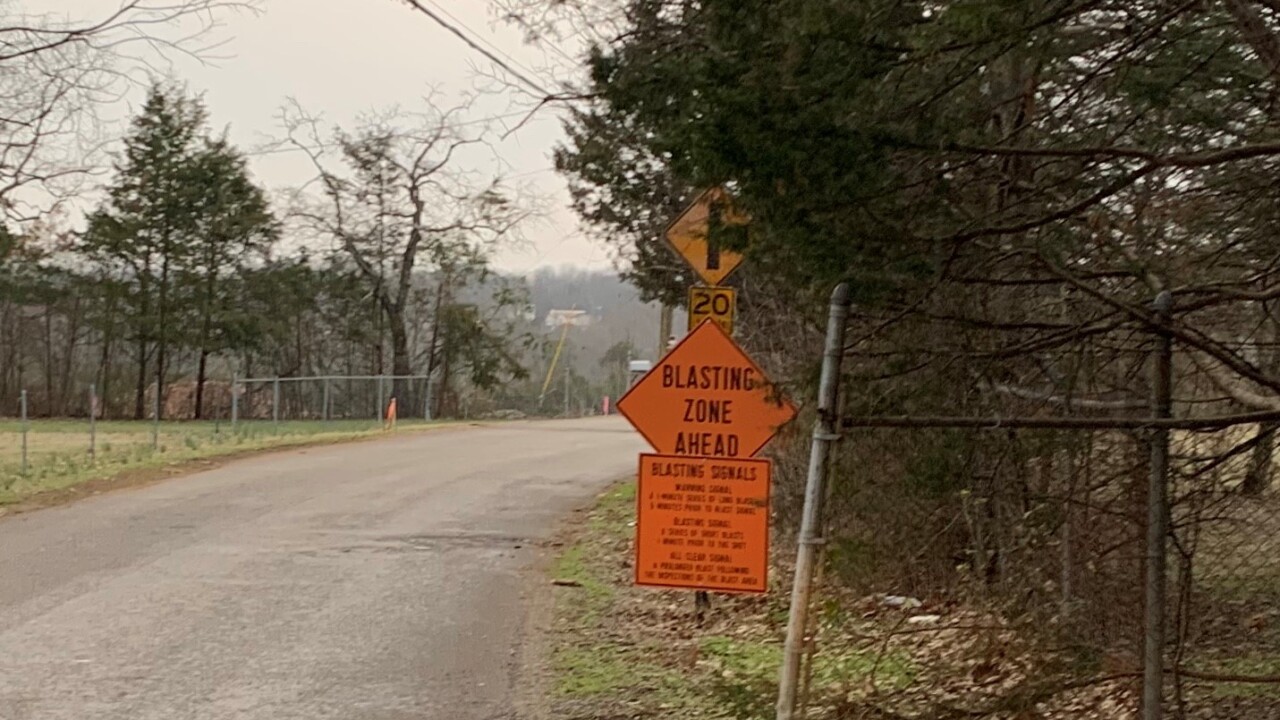 NASHVILLE, Tenn (WTVF) — If you drive down Butler road in Antioch you'll see construction crews working on the latest subdivision. According to Metro, the project is called Bluewater Point and will consist of 53 family lots, but before the homes are built crews have been out clearing the land.

Bright orange signs warning drivers of blasting in the area, but those who live nearby say they received no warning at all when the construction even started.

"No warning, no nothing I was upstairs in bed; it was probably around 8, 9 o'clock in the morning and I was asleep and set straight up in bed," said Anita Woodard.

Woodard moved into home of Moss Springs in 2014, she says the blasting from the site started a month ago and she received no notification and no communication from the city or the developer about the plans.

"It’s messing up the foundation of our house, we don’t know who we’re supposed to call or get in contact with about the whole situation," said Woodard.

Woodard says the blasting happens early in the mornings, at least two or three times a day.

"They don’t have any sign outs up there for anybody that you can call or a sign that says who it is doing the construction, so we have no idea who to call," said Woodard.

A spokesperson with Maine Blasting and Drilling sent a statement to NewsChannel 5:

"At Maine Drilling & Blasting we take safety very seriously, and we take our role in the local communities we serve very seriously. We do have a very rigorous process we follow to investigate any claims of damage that homeowners believe have resulted from our controlled detonations, and we handle these claims accordingly. However, it is our company policy to not comment on claims, active or settled. Rest assured we will be looking into this matter."

Woodard says she hopes there's some way she can get the damaged to her home fixed without it costing her.

"They need to be responsible for any damage that is done to any of the buildings and the houses in the neighborhood where they’re doing the construction and the blasting," she said.

If something similar happens to you and you live in Metro Nashville, call 3-1-1 or report it to hub Nashville.