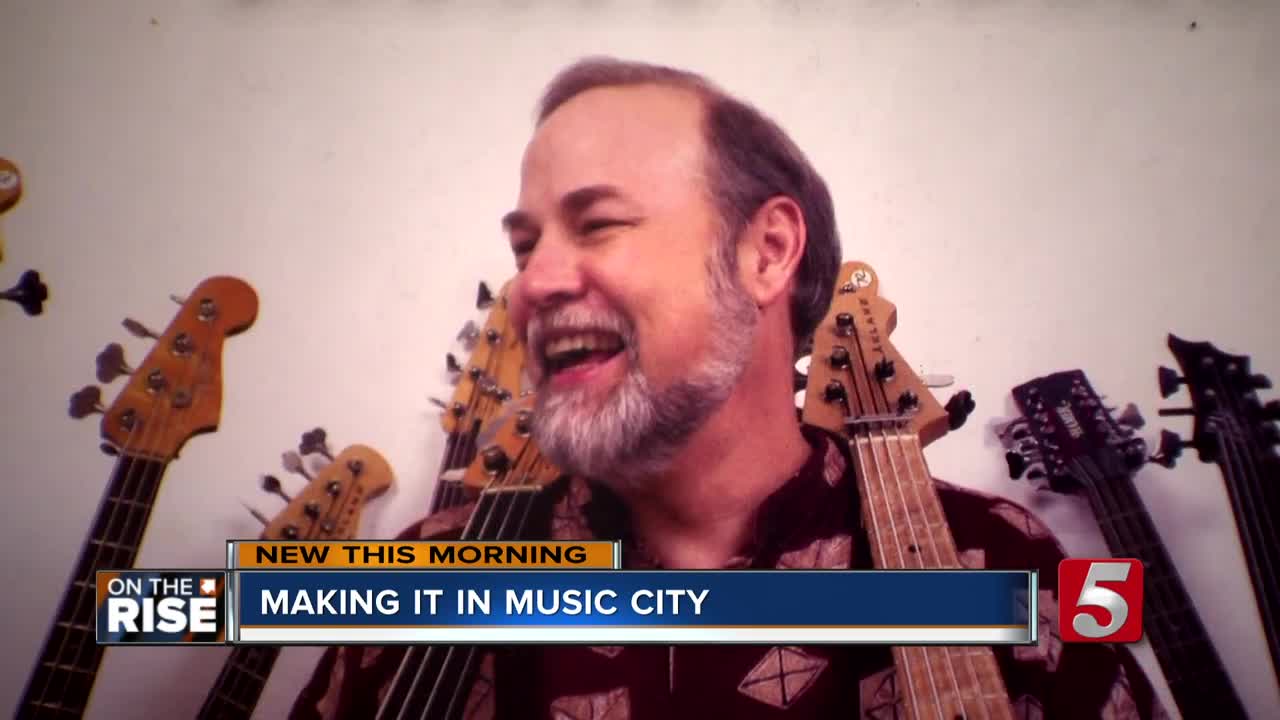 NASHVILLE, Tenn. (WTVF) — Even though it was eight years ago, freelance bass player Derrick Whiteside remembers those days very well.

"I was lucky if I was getting one a month when I first started out,” said Whiteside.

That's when he moved to Nashville to pursue music.

"It really took me two years, three years before I was starting to get calls, let alone make money," he said.

He knows the struggles of trying to make it in the business far too well.

"You're hardly sleeping. You're playing till three in the morning sometimes,” said Whiteside.

Dave Pomeroy is the president of the Nashville Musicians Association.

"We've probably got five times the number of musicians we've had 10 years ago,” said Pomeroy.

He says Whiteside's story applies to so many more.

Country Music artist Luke Pell plays here in Nashville and all around the country and a has a good following. But it took a lot of sacrifice.

"That was it, I was like 'I'm done with the corporate world,' now what,” said Pell.

Now years later, he has advice for artists starting out.

Despite what some may believe, the increased competition doesn't scare Whiteside or Pell.

"I thrive on that. I want to be in the middle of it. I love the feeling of competition,” said Pell.

With the ups and downs, the passion these two have is what drives them to compete in a city on the rise.