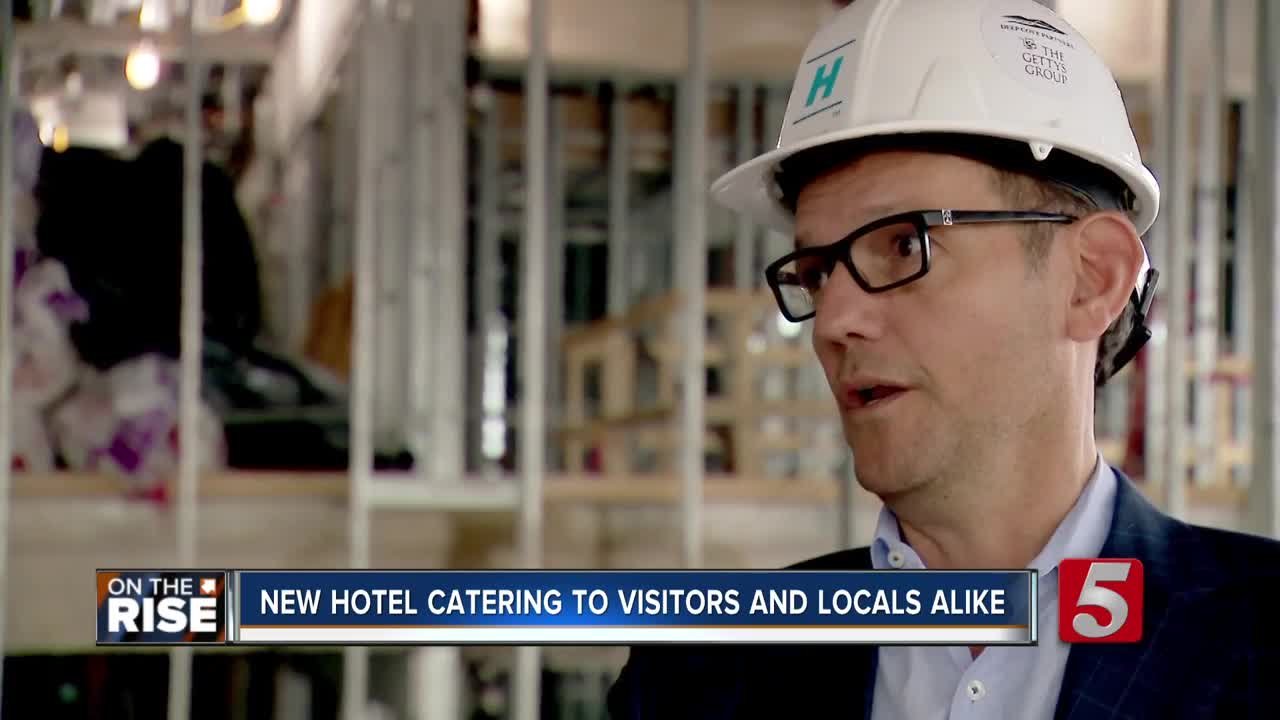 A new hotel looking to fill the void in between downtown Nashville and Germantown with 204 extended stay rooms as well as a coffee shop and rooftop bar celebrated its topping out on Wednesday as construction continued on schedule. 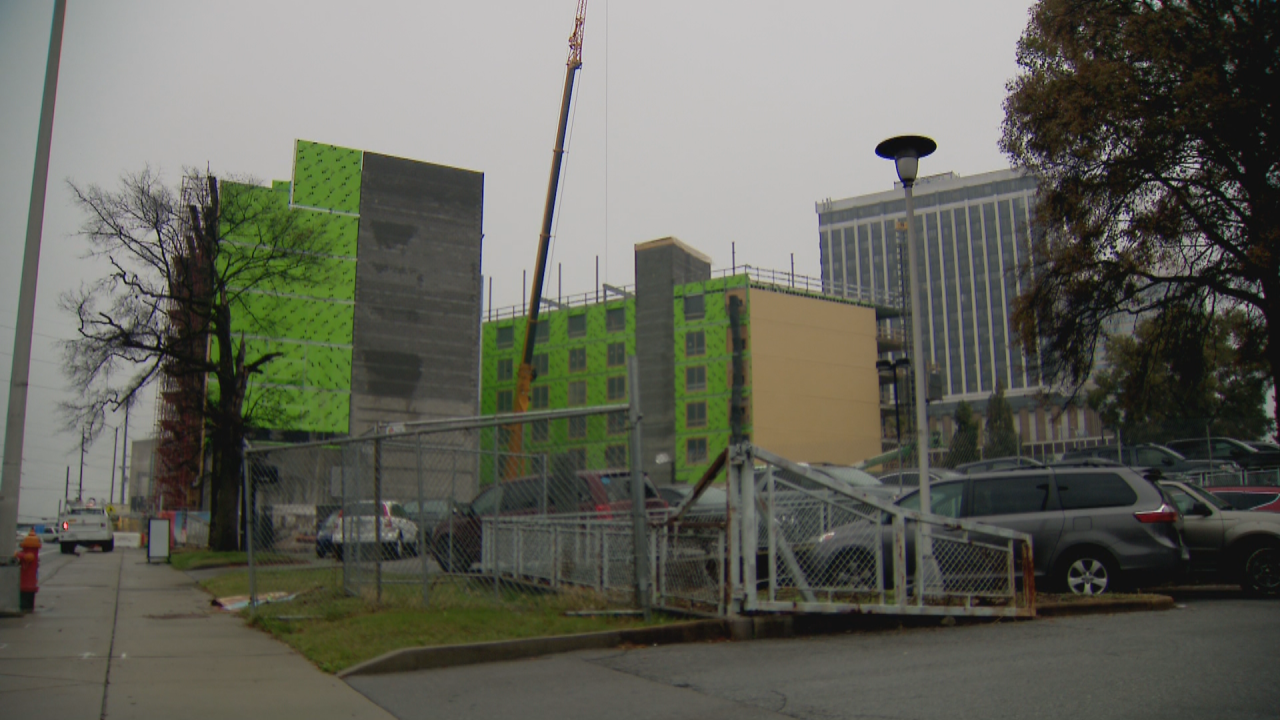 NASHVILLE, Tenn. (WTVF) — A new hotel looking to fill the void in between downtown Nashville and Germantown with 204 extended stay rooms as well as a coffee shop and rooftop bar celebrated its topping out on Wednesday as construction continued on schedule.

TownePlace Suites managed by Marriott International is located at the corner of 4th and Gay Street in an area known as the North Capitol District, and the aim for the hotel is to cater to both visitors as well as locals alike.

Because it's an extended-stay style of hotel, TownePlace Suites will feature residential finishes like kitchenettes that you don't find in typical hotel rooms making it a great spot for visiting politicians on the hill or lawyers at the court houses.

This all comes as Nashville's hotel scene constantly expands, but those behind the project say it's still a hot spot for more development.

"It's still one of the hottest markets across the United States, Redington said. “Despite all the product that’s being built, the demand is still outweighing and out-driving the number of hotel rooms that are being put out on the market.”

The project was started about 5 years ago with the purchase of the land that the hotel will sit on, even though construction didn't start until early this year.

5 years ago, the hope was that Nashville would turn into what it's become today.

"This momentum from Germantown and what's happening on Broadway, it's all coming here, but we just have to be patient, and now 5 years later, it's just incredible what's here in this location," Roger Hill, chairman and CEO of The Gettys Group, said.

While hotels obviously cater to visitors, this hotel will also cater to locals with a coffee shop on the bottom floor named Moonshot that will serve beer and wine in the evenings, as well as a giant indoor-outdoor 7,500 square foot rooftop bar named Zeppelin that will have two full bars, the ability to feature live entertainment, as well as views of both Germantown and downtown.

"We think it's gonna be a really nice amenity to the hotel, but equally important, we're excited for the community to use this," Hill explained, adding that he hopes employees from surrounding businesses and nearby residents will enjoy the coffee shop and rooftop bar alike along with guests of the hotel.