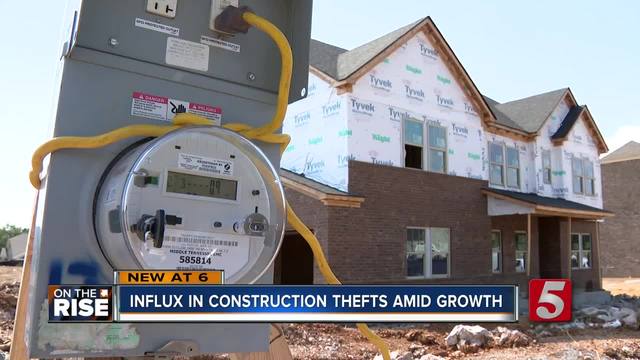 The growing number of construction thefts is an ongoing issue for officials in Nolensville as the city is on the rise. 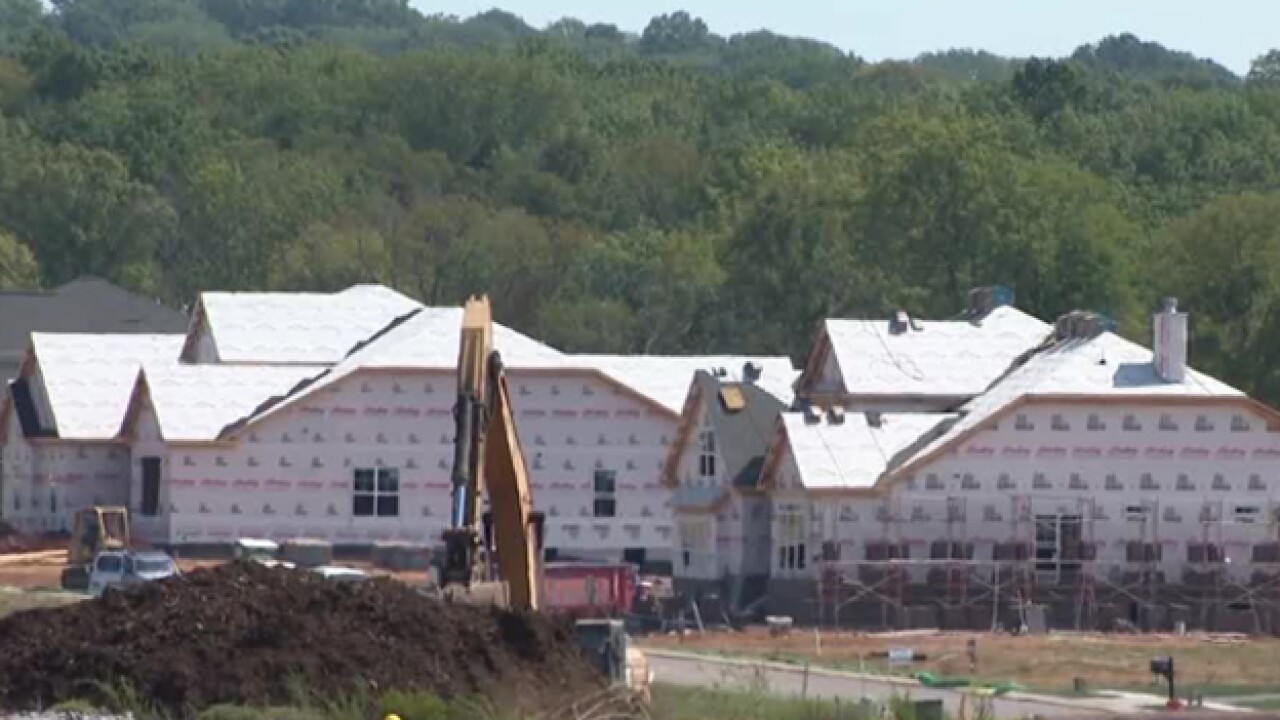 The growing number of construction thefts is an ongoing issue for officials in Nolensville as the city is on the rise.

Detective Christine Gillman of the Nolensville Police Department told NewsChannel 5 that she receives about 3 reports of construction theft every week. It has always been a problem but she said there has been an influx over the last several months.

Some of the items stolen include lumber, copper, tankless water heaters, generators and other heavy equipment.

The most recent case included a witness who took pictures of two crooks loading stolen shingles from a construction site.

She said there are nearly 10 subdivisions currently in development in Nolensville. Accorindg to 2017 census data, the population of Nolensville was 8,169. In 2010, it was 5,950.

It is hard to pin-point a common thread among all of the crimes since different items are stolen at different times, and there is a variety of suspect vehicles.

However, she suspects the criminals are coming in from out of the city who see the construction sites as prime opportunity for money.

Christopher Brown is a manager of several construction projects across the mid-state including a developing subdivision once covered with woods in Nolensville.

He described the problem over the past six months as "bad" and advised his crews to remain vigilant.

"I've been telling all of my guys to pack it all up and take it home, and to bring it back the next day," Brown said.

He even knew of one inspection failing because of a stolen air conditioner. The superintendents and builders of the project end up covering the cost of the stolen items.

"It's free money for them so you have guys running around construction sites and stealing things. It doesn't help us in any way because we're out here making an honest dollar and you have people right behind us taking things," Brown explained.

Gillman works with crews to prevent thefts and advises them to alert police if big deliveries will arrive. If possible, anyone who reports suspicious activity that could be construction theft should find out the tag and even take a picture of the vehicle. However, she urges not to confront the individual.

"I tell them to check all the doors, to make sure at the end of the day the guys don't leave equipment out and make sure the doors are locked," she said.

A 2016 report by the National Equipment Register (NER) showed equipment stolen including from agriculture businesses costs companies between $300 million to $1 billion each year.

Tennessee ranked number 7 on the list with the most theft. Texas took the top spot.