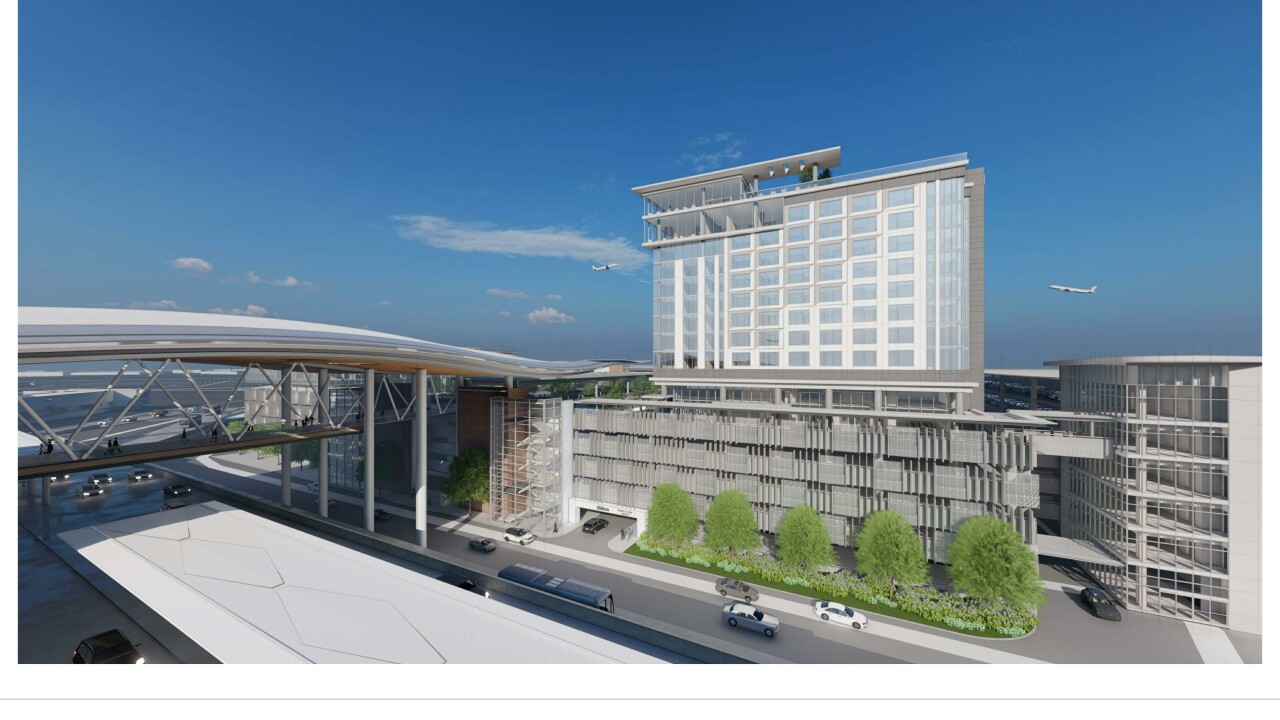 The on-site Hilton BNA International is part of the airport’s “BNA Vision” renovation project and also includes a parking garage and plaza.

The hotel will have 292 guest rooms, including six luxury suites. A covered pedestrian bridge will connect the hotel plaza and garage to the airport terminal. The hotel tower will atop the four-level parking garage, with hotel parking on the ground level, public parking on the upper levels.

Some of the other amenities include:

Construction is expected to begin in fall 2021, with the hotel scheduled to open in late 2023. The terminal garage is slated to open in summer 2023.

IT'S OFFICIAL! A world-class Hilton BNA International hotel is coming to Nashville International Airport in 2023. The 14-story development will include an on-airport hotel tower, plaza & parking garage directly adjacent to BNA's main terminal.

According to BNA, Chartwell’s cost for the hotel is around $95 million and MNAA’s cost of the garage and plaza is approximately $82 million. The development will be a public-private partnership, with Chartwell developing and operating the hotel. MNAA will own the land and garage beneath the hotel.

“As with all other airport capital improvement projects, no local tax dollars will be used to fund BNA Vision,” BNA said in a release Wednesday.