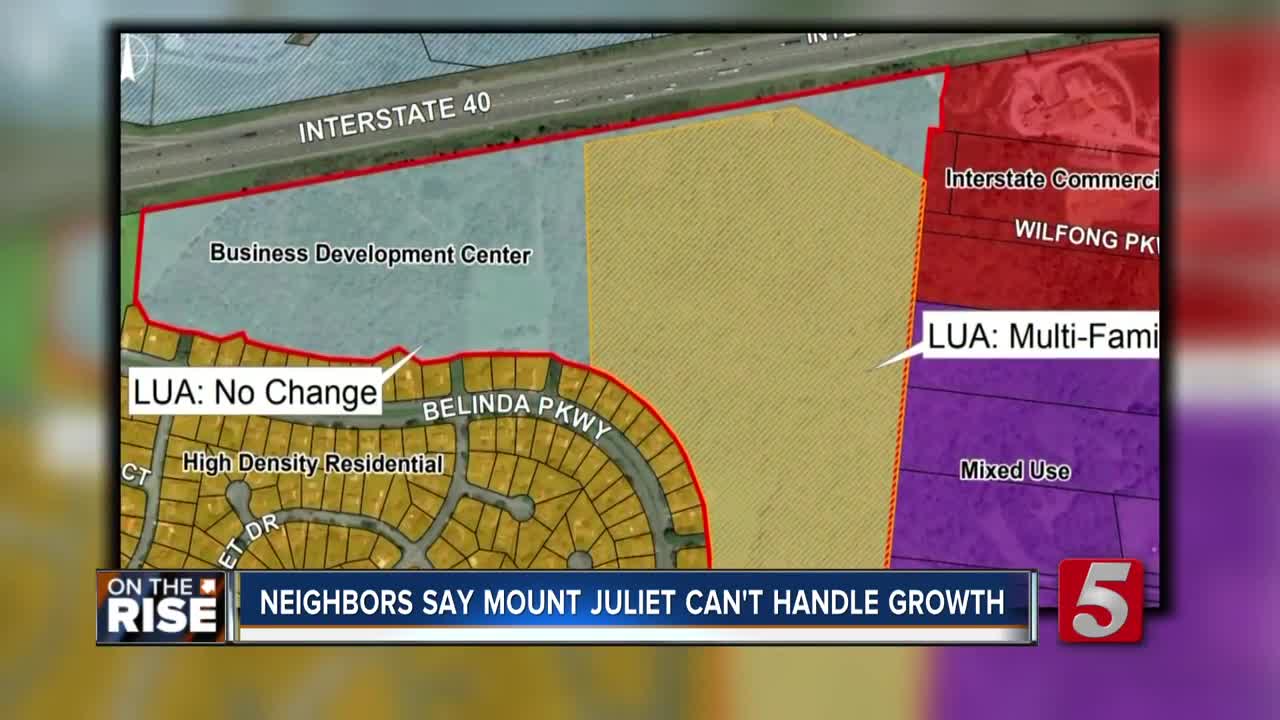 A planned development in the Belinda City area of Mt. Juliet has some neighbors worried that the city is growing too fast. 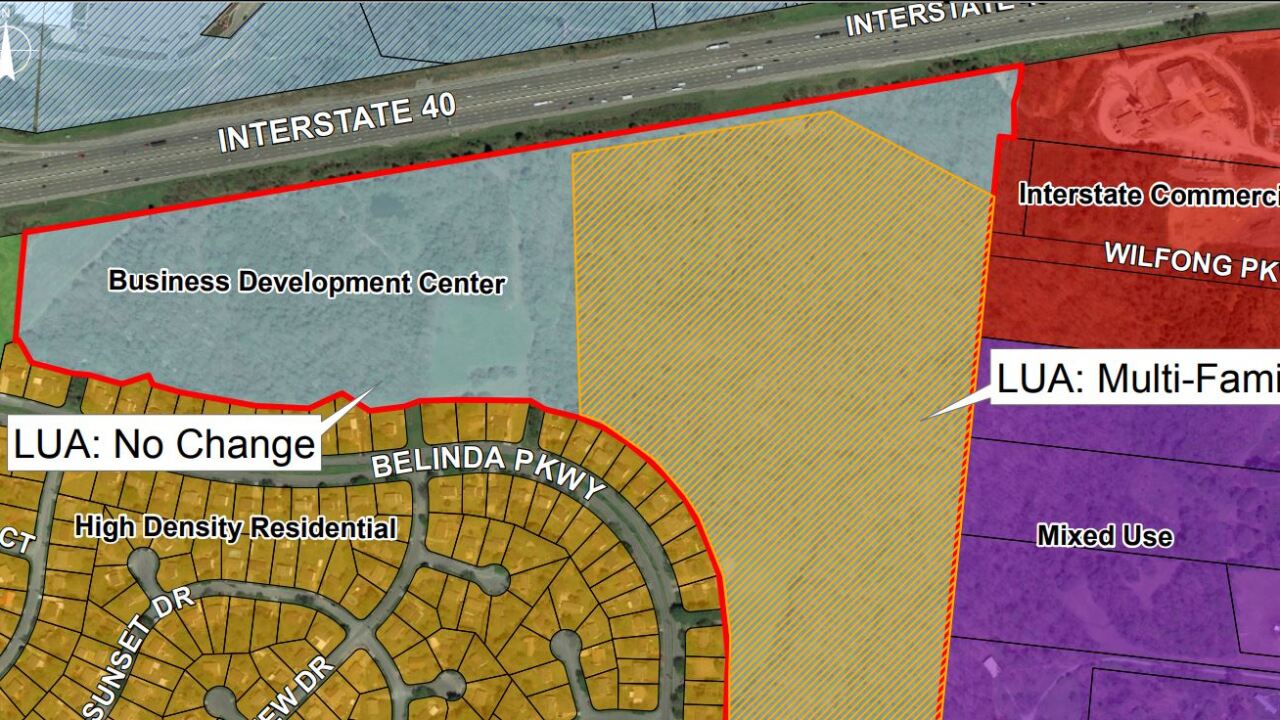 MT. JULIET, Tenn. (WTVF) — A planned development in the Belinda City area of Mt. Juliet has some neighbors worried that the city is growing too fast.

The development is planned to go in between Belinda Parkway and Interstate 40 near Beckwith Road. The project would be a mixed-use development, with retail shops, townhomes and more.

"They've talked about up to 200 townhomes," Brian Criswell, who lives near the proposed development site, said.

Criswell, after learning more about the plans, printed out a sign that reads "no rezoning in Belinda City," and attached it to the back of his truck.

The land is currently zoned as industrial and would need to be rezoned for this development to break ground.

Criswell and his neighbors argue the area is too small to handle so much growth so quickly. Criswell said roads and schools need to be expanded before additional housing projects are approved, not after.

He also worries that cutting down the forest that currently sits on the lot will remove the only buffer in between his neighborhood and interstate noise.

"I still hear the traffic at night, when we walk outside and sit in the yard, you can hear the semis going down the interstate, so I'm 100 percent concerned about that," Criswell said.

The Mt. Juliet Planning Commission discussed the proposal at its meeting on Thursday and decided to have a town hall on the issue before moving forward. The town hall is scheduled for next month.