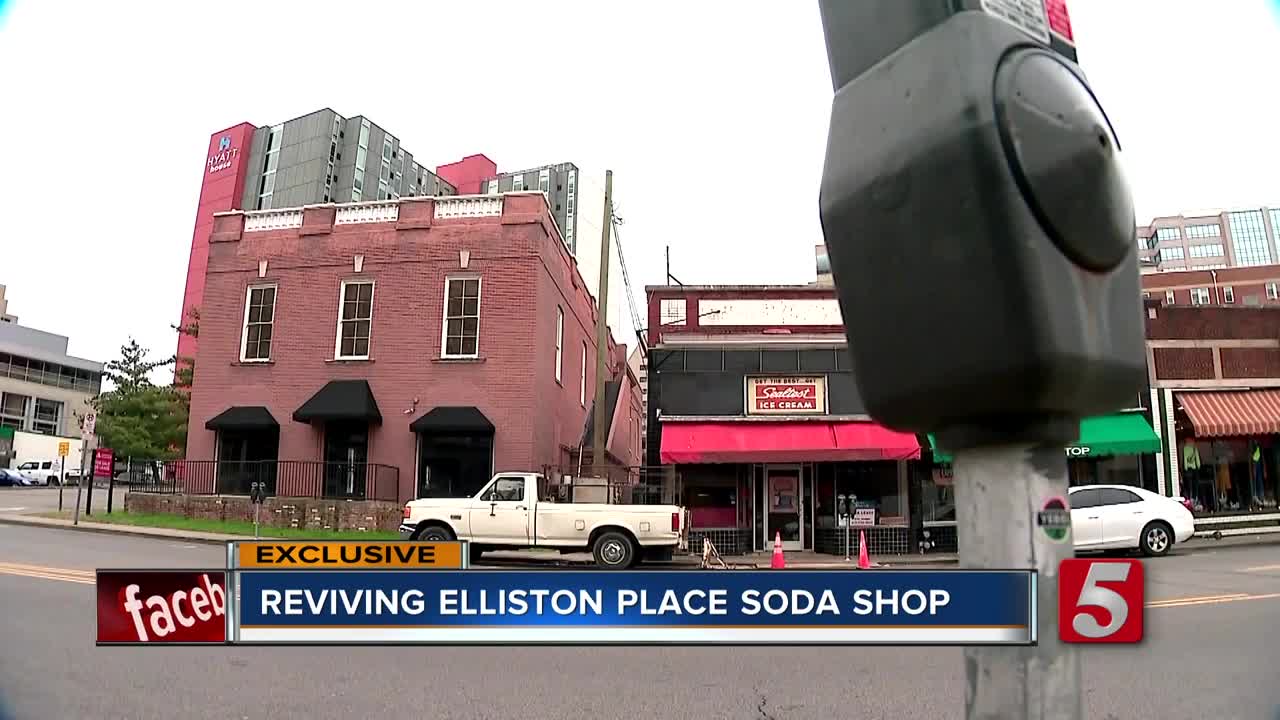 Elliston Place Soda Shop is one of Nashville's most beloved restaurants, and on Thursday, plans for it's revival were exclusively revealed first to NewsChannel 5 with new details and renderings of the new soda shop. 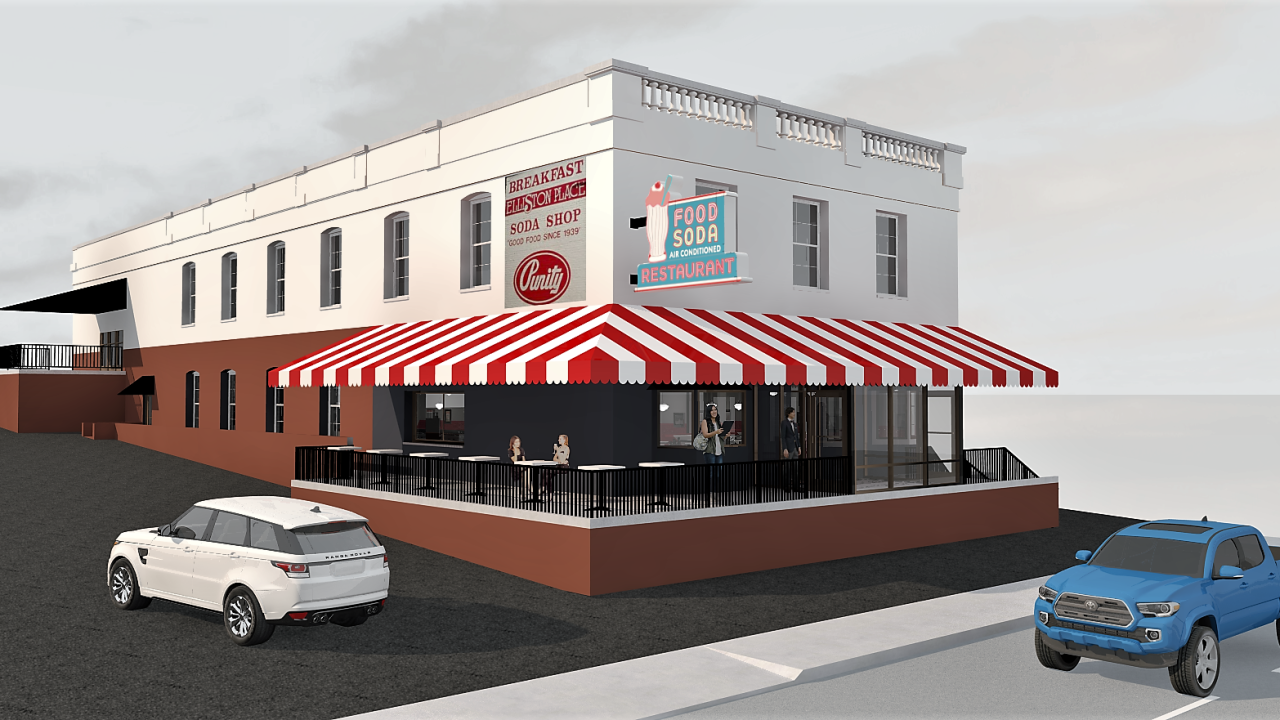 NASHVILLE, Tenn. (WTVF) — Elliston Place Soda Shop is one of Nashville's most beloved restaurants, and on Thursday, plans for it's revival were exclusively revealed first to NewsChannel 5 with new details and renderings of the new soda shop.

Slated to reopen in the summer in a new building next door to the old building, the soda shop will retain it's period-correct feel with plenty of upgrades throughout to allow the soda shop to operate for another 80 years.

“I really hated the idea of the Elliston Place Soda Shop not continuing in operation.” Tony Giarratana of Giarratana Restaurant Group, said after revealing the details.

Open since 1939, Elliston Place Soda Shop has served people from all walks of life over the years and quickly became a Nashville staple even before The Rock Block, which the neighborhood is now known as, became a popular area for music, shops, and restaurants.

“Everybody’s got a special story that touched their life in the Elliston Place Soda Shop, so it’s very, very exciting," Giarratana said. “When (people) were going to Vanderbilt, or they were working in the hospital, they met their wife there, they got engaged there, they had dates there.”

But the shop reached a point where rent prices were forcing the owner out, so Giarratana stepped in and offered to keep Elliston Place Soda Shop alive.

The building features more room and better bones according to Giarratana, adding that the expanded seating will allow them to accommodate 150 guests.

The plan is to bring in a vintage soda fountain complete with syrups, fruits, and ice cream, new dining booths, tables, and stools at the soda fountain, and outdoor dining area with a walk-up window, and a vintage jukebox.

While Giarratana started all of the work, he got plenty of Nashvillians on board to help with the project, including Randy Rayburn of Music City Hospitality Consultants.

“When I arrived in Nashville in 1971, I ate at Elliston Soda Shop,” Rayburn said of the soda shop, adding that his connection to the soda shop makes this project extra special. “The soda shop was a gathering spot for all of Nashville who wanted to come and have good meals for reasonable value.”

Rayburn said this is a unique project due to the fact that they want to retain the character and feel of the old soda shop, so they're saving the bar stools from the original soda shop and recovering them for the new location, and they're sticking to a similar color scheme with vivid red tile, stainless steel finishes, and retro furniture.

“Tony had a vision for taking something truly authentic and bringing it up current to date,” Rayburn explained, adding that the food menu will also feature all of the staples that have existed at the soda shop for decades. “It’s really about authenticity, that’s why we’re gonna have the same menu items, we’re gonna really focus on a limited menu initially in order to just bring the best of the best.”

Rayburn said one of the biggest upgrades will be the new kitchen, which will allow the restaurant to operate at a new level for decades to come. “The idea here is trying to build something for this century, for the next 80 years, that has got the infrastructure and framework.”

While the building itself is a big focus, Giarratana made sure the employees who have spent so much of their lives at the Elliston Place Soda Shop were taken care of and would have a job when the soda shop reopened.

“They were very, very concerned about their future, and I said, ‘Don’t be concerned, you’re like the most important players in this story!'" Giarratana exclaimed, adding that he's kept many employees, including Miss Linda, who is known for waking up at 4:30 a.m. every morning to bake pies for the past 27 years, on the payroll while the construction is underway.

Many of those employees are also being asked for their input when it comes to upgrades, changes, and redesign of the new Elliston Place Soda Shop.

The new Elliston Place Soda Shop is slated to open in the summer, but an exact date hasn't been selected.

“Everything that’s familiar will be there," Giarratana said. "Anybody that’s been concerned that the soda shop is dead and gone doesn’t need to be concerned about that, they need to be excited about the new and improved Elliston Place Soda Shop.”