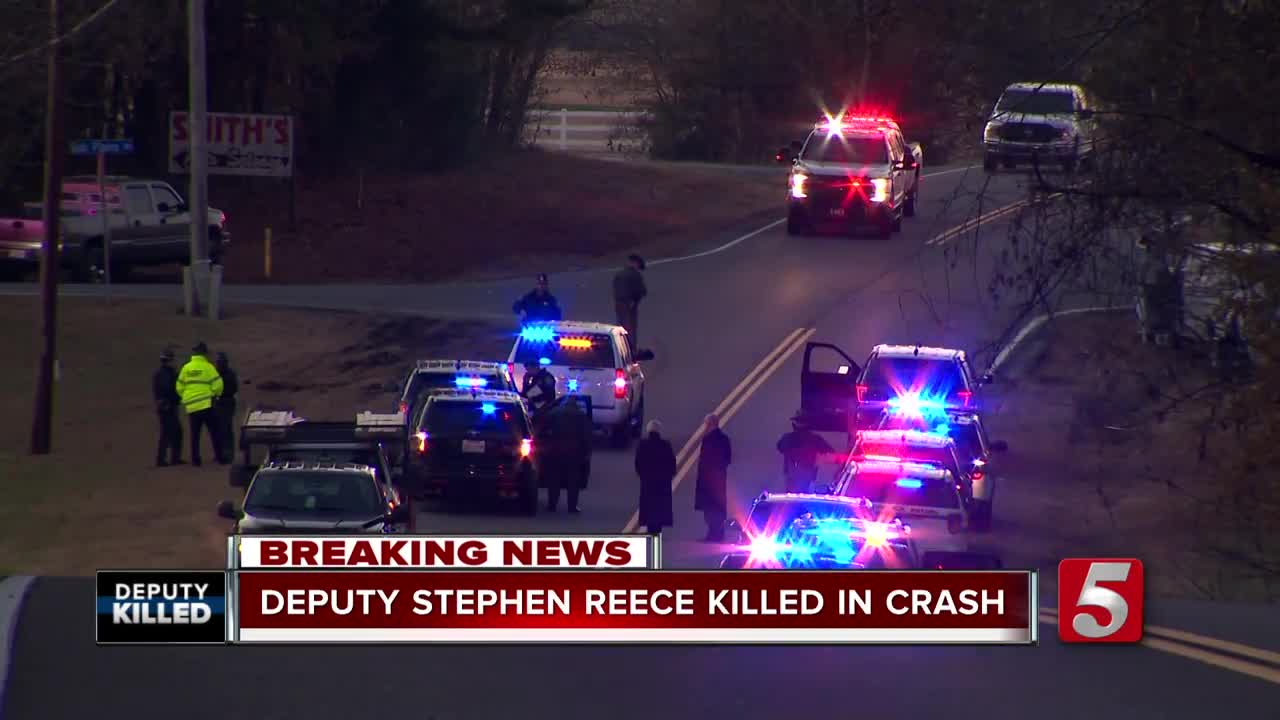 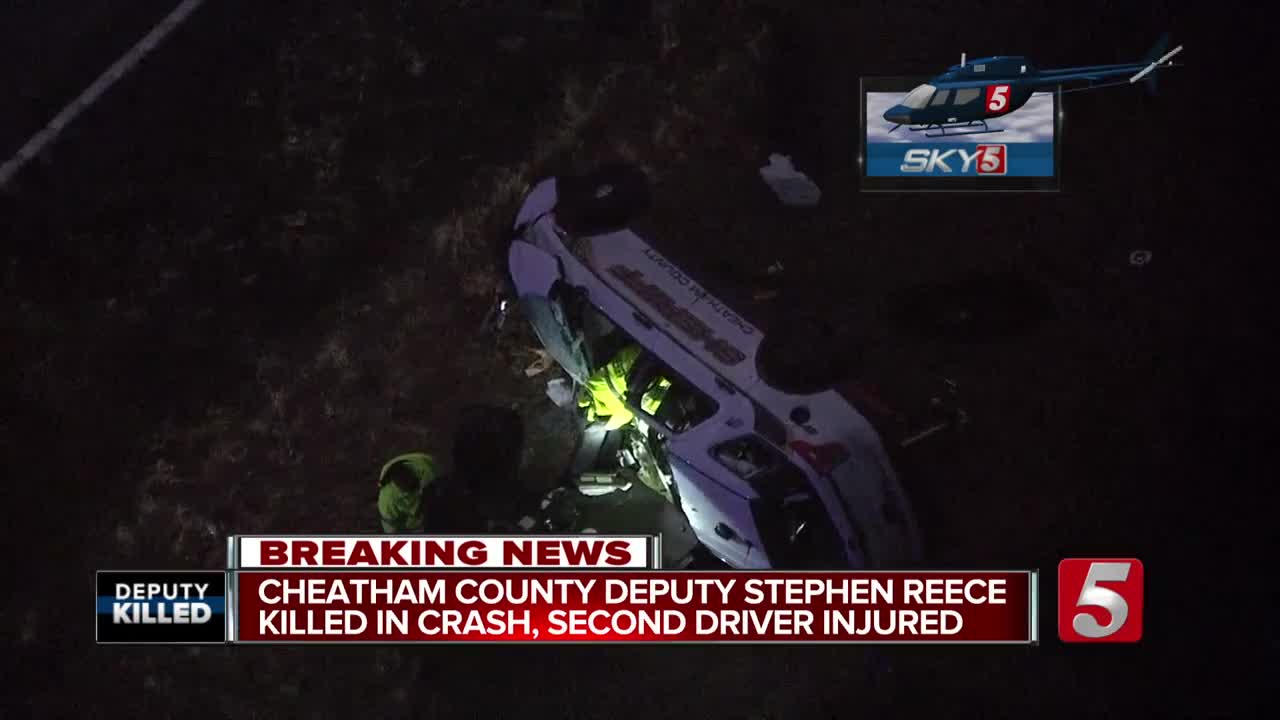 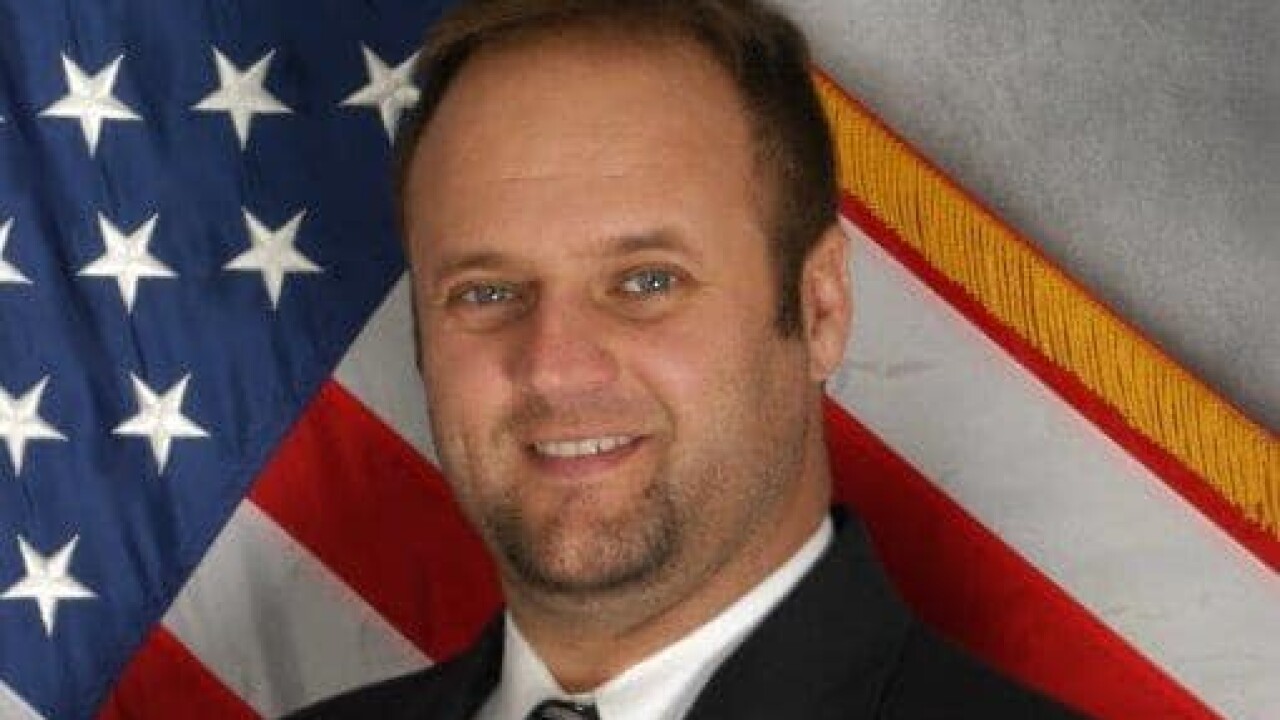 MONTGOMERY COUNTY, Tenn. (WTVF) — A Cheatham County sheriff's deputy is dead in a crash along Highway 41A, near Oak Plains Road.

The deputy killed was identified as Stephen Reece. Reece had been with the Cheatham County Sheriff's Office for 7 months. Before that, he was a Metro police officer.

"We are hurting tonight. We'll be hurting for quite some time," Cheatham County Sheriff Mike Breedlove said.

According to the Tennessee Highway Patrol, Deputy Reece was crossing an intersection eastbound when he was hit by a white cargo van traveling south on 41. The driver of the van did not have a stop sign, but Deputy Reece did.

A preliminary report released by THP stated Reece failed to stop at the stop sign while at the intersection of Oak Plains Road and Highway 41A.

According to the preliminary report, Deputy Reece wasn't wearing his seat belt at the time by the crash. The report also says seat belts wouldn't have made a difference in the crash.

The crash happened near the Montgomery County / Cheatham County line.

THP will review deputy Reece's dash camera and body camera to find out more about what led up to the crash. Officials are also investigating if the deputy had his lights and sirens activated.

Sheriff Breedlove described Reece as a very experienced deputy and a true professional.

"Just one of the most amazing people that we've ever had in our office," Breedlove added. "He came on ready to teach a lot of the younger officers and was an amazing mentor, and a good husband and father."

The fifty year old deputy is survived by his wife, a daughter, and a son - who is also a law enforcement officer in Tennessee.

Reece's family tells NewsChannel5 a memorial will be held Tuesday in Nashville.