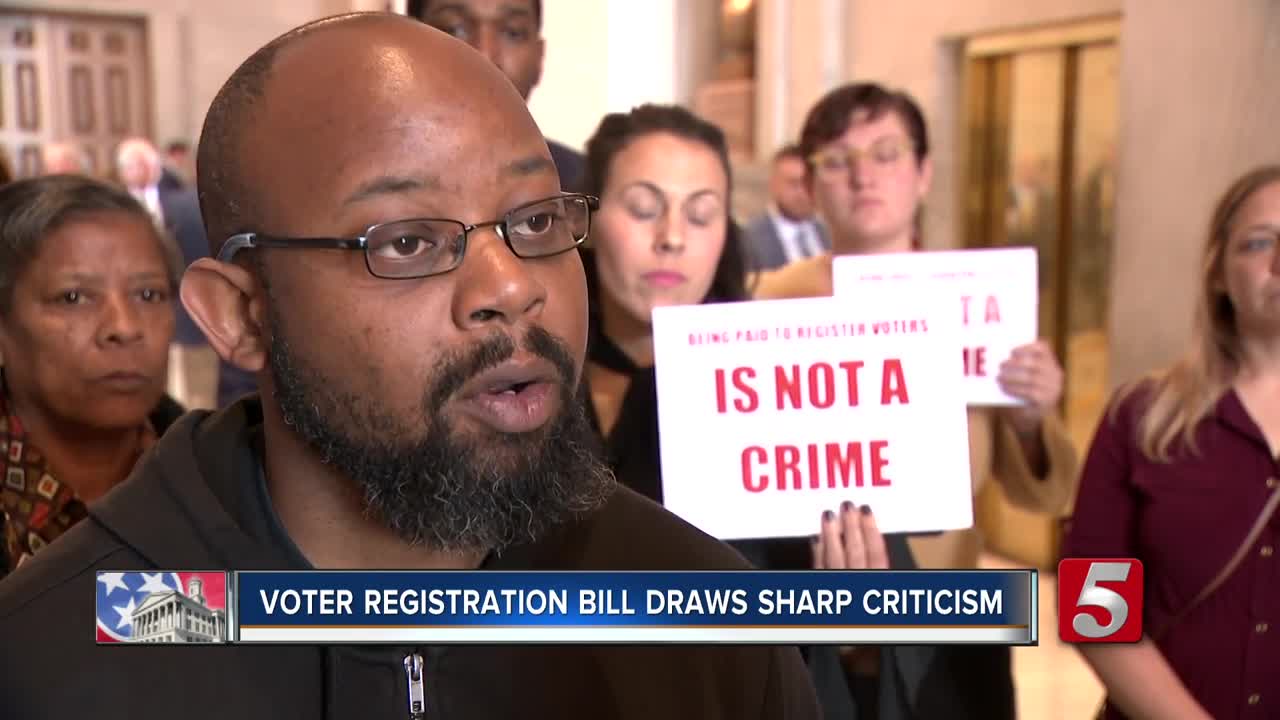 A bill to target voter registration organizations for hefty fines passed the state house this week and could pas through the senate next Monday. 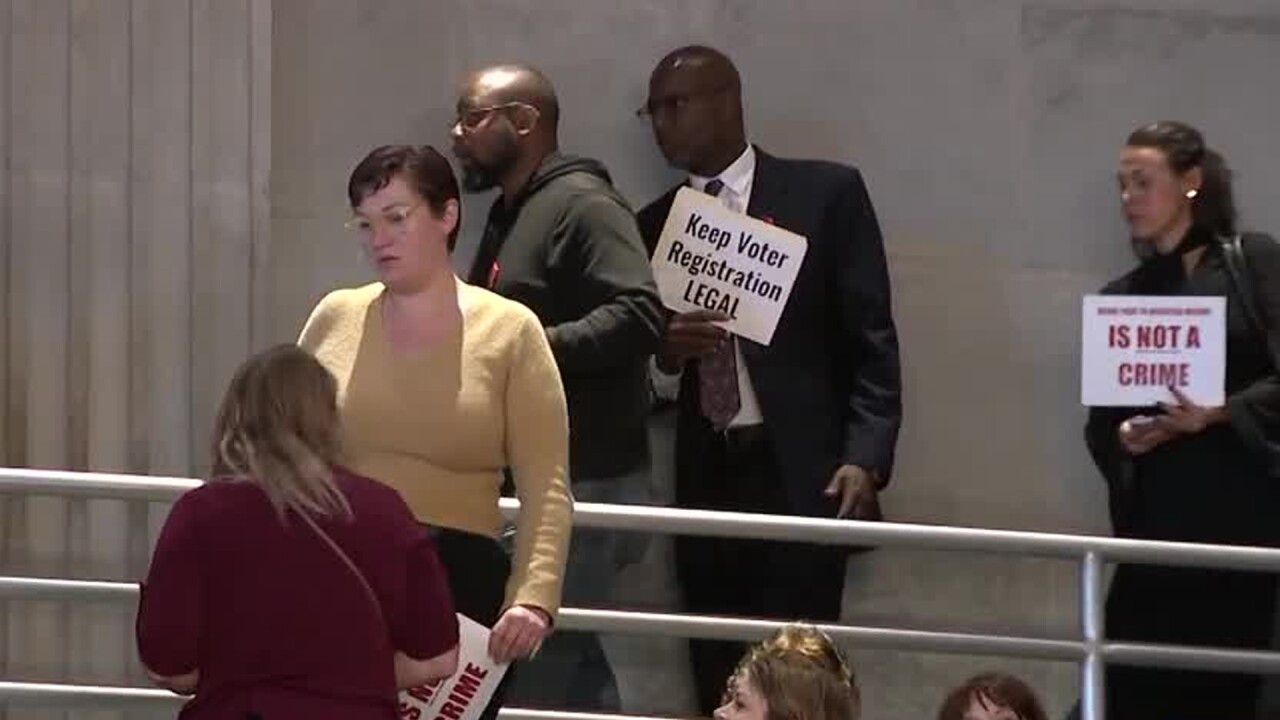 NASHVILLE, Tenn. — A bill to target voter registration organizations for hefty fines passed the state house this week and could pas through the senate next Monday.

HB1079 and SB971 would add a civil penalty of up to $10,000 if state election officials find more than 100 mistakes on the forms organizations submit.

Supporters of the bill said it's meant to protect the voting process and keep wrong registrations from being accepted.

Lt. Governor Randy McNally said the bill was created in response to surges in error riddled registrations turned in last minute in Memphis.

"It made it very difficult for them to go through and certify which forms were correct. There's a lot of information that was left off. And in some cases it looked like the forms were filled out by one person and then signed by the voter," said McNally.

However, opponents of this bill say it's voter suppression.

Equity Alliance is an advocacy group tat focuses on encouraging minorities to vote. Hughes said this legislation is an effort to reduce those voting numbers.