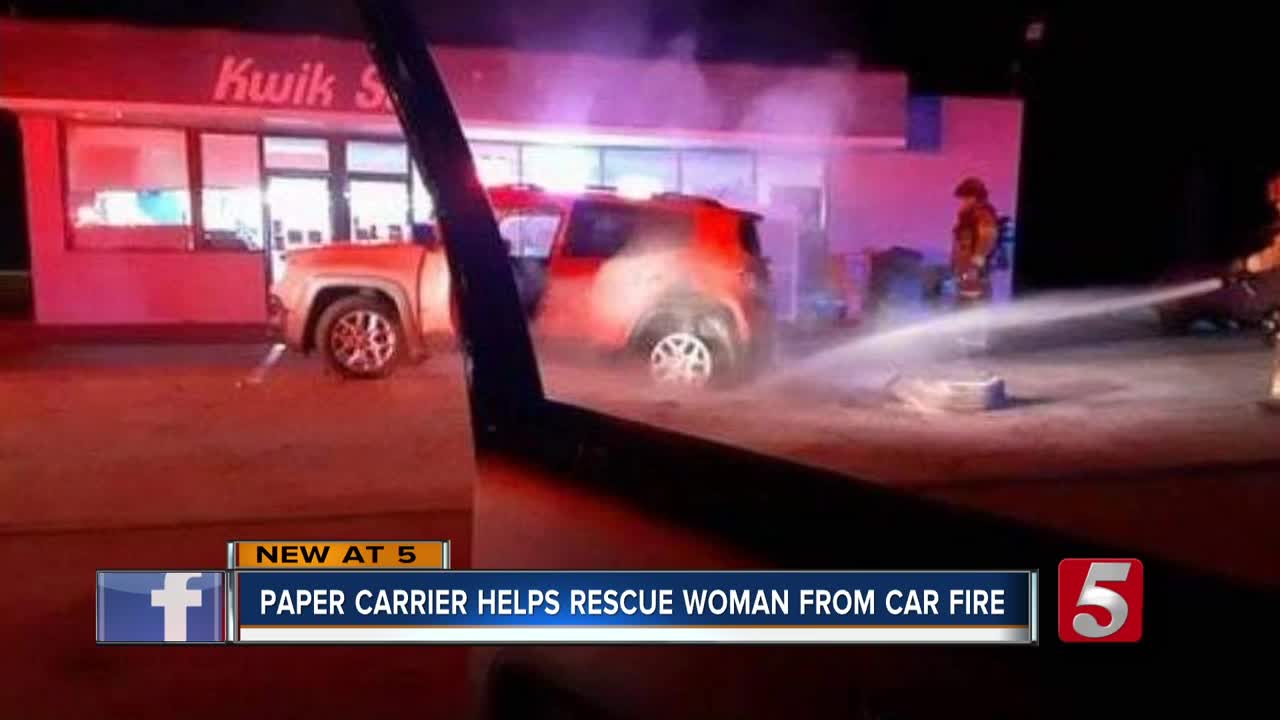 A firefighter says a paper carrier helped save an elderly and disoriented woman from a vehicle fire. 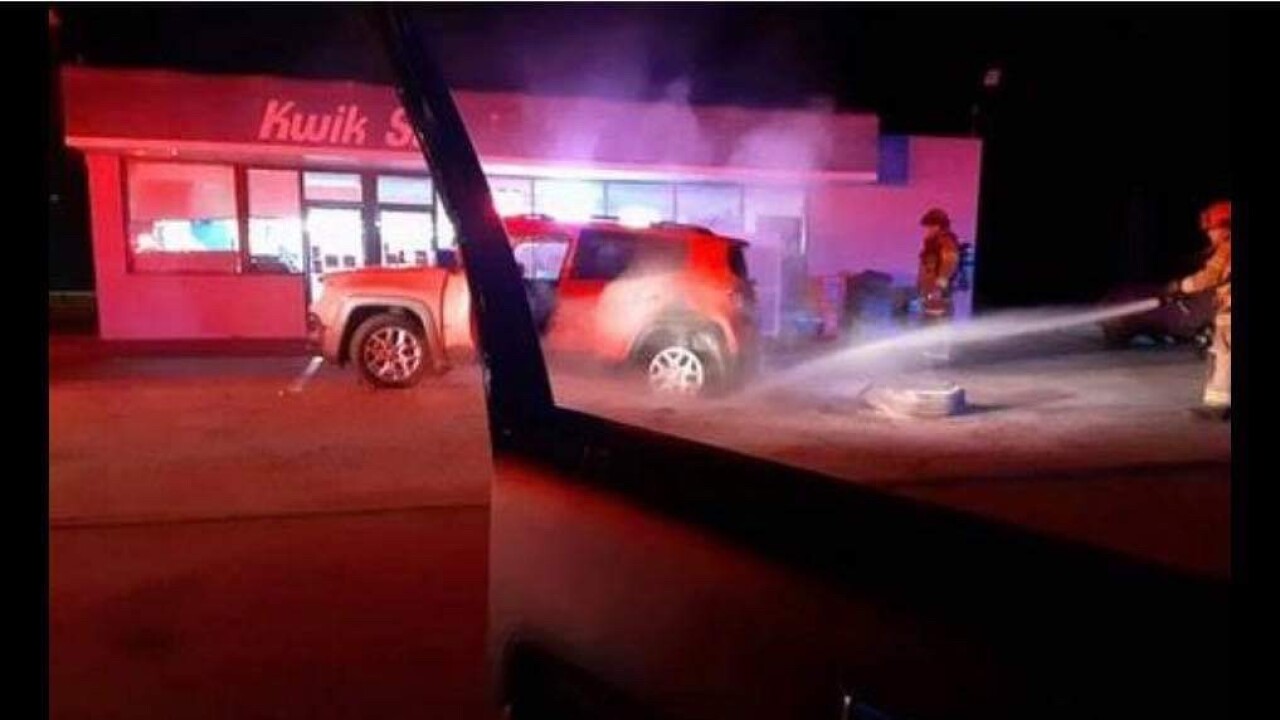 COLUMBIA, Tenn. (WTVF) — A firefighter says a paper carrier helped save an elderly and disoriented woman from a vehicle fire.

Richard Musgrove has delivered papers for the Columbia Daily Herald for nearly 30 years. While on his normal route Monday, he drove by the Kwik Sak on Trottwood Avenue around 3 a.m., when something caught his attention.

Musgrove said, "At first I thought the store was on fire, and then I realized it was a vehicle, and I didn’t see nobody around so I pulled in to check on it, and I seen movement in it, and when I got out to go up to the vehicle, they didn’t roll the window down, so I opened the door, and the woman was in a state of confusion, and I told her that her vehicle was on fire!"

Musgrove called 911, and the woman wouldn't get out, so he tried to put the fire out. His facial hair and pants were singed.

"I guess when I picked the tire up, and slung it, it went everywhere," Musgrove said, "That’s the burnt rubber."

As another mail carrier, and others arrived on scene, they were able to get the woman out safely. Musgrove went to the hospital for smoke inhalation, but he's okay.

"If I hadn’t come along she’d probably have burned up in it," Musgrove said, "If I had to do it over again, I would."

When he left the hospital, Musgrove stopped back by the scene.

"And I talked to her husband, and I met him, and he was just tickled to death. He said it’s the first time she’s left the house in years, she usually just goes to the door and goes back to the house," Musgrove said.

The next day, Musgrove made the front page of the paper. He hopes his story reminds people that lending a helping hand can save lives.

"I know today in this society it’s hard to do that because there’s so much meanness going on, but it’s still be worth stopping, Check on somebody, because everybody gets in a stressful situation every once in a while," Musgrove said.

The Columbia Fire Department plans on officially honoring Musgrove for being a Good Samaritan in December.