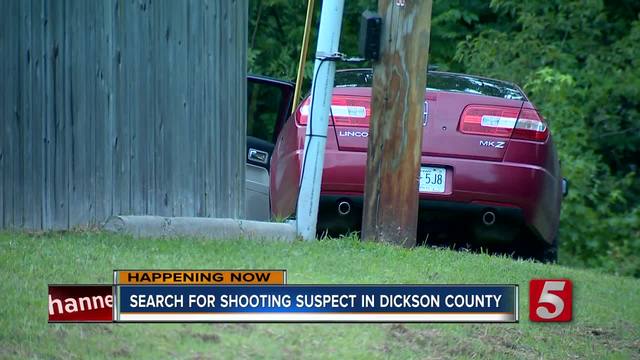 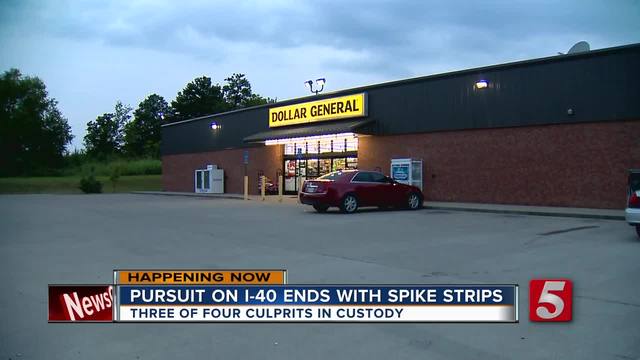 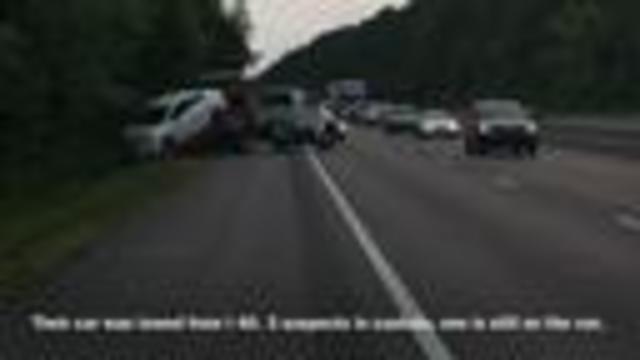 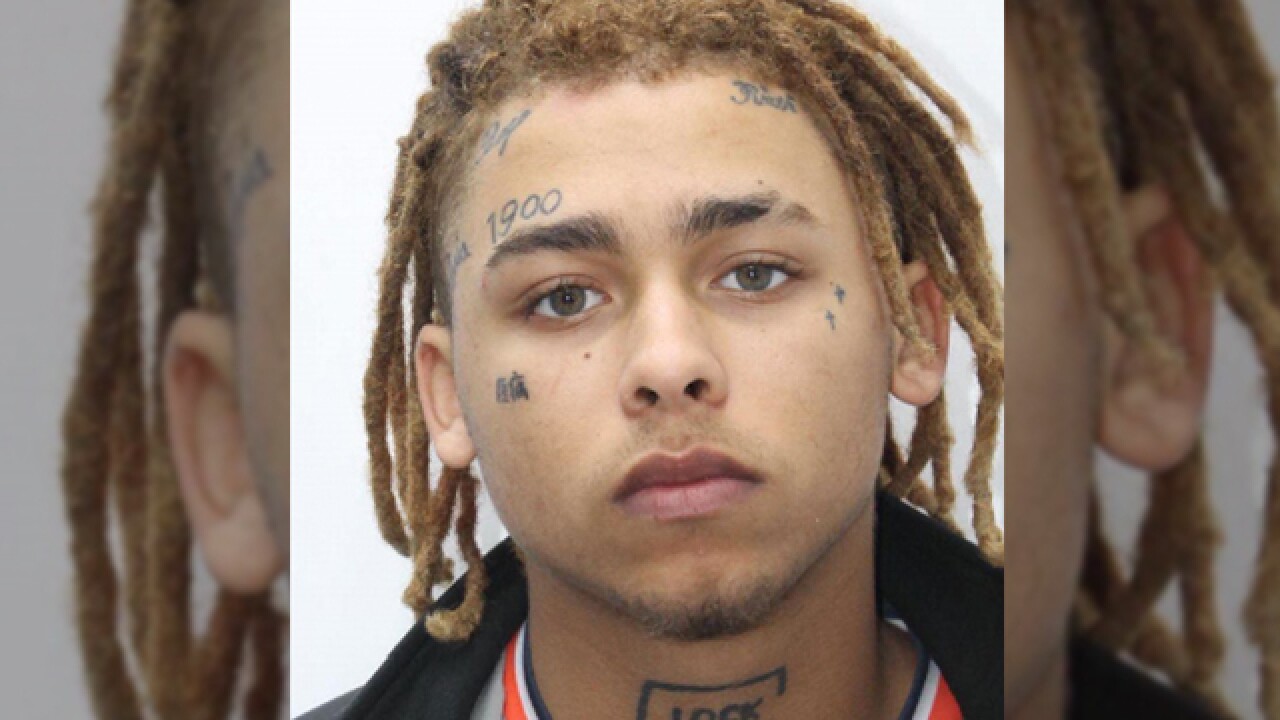 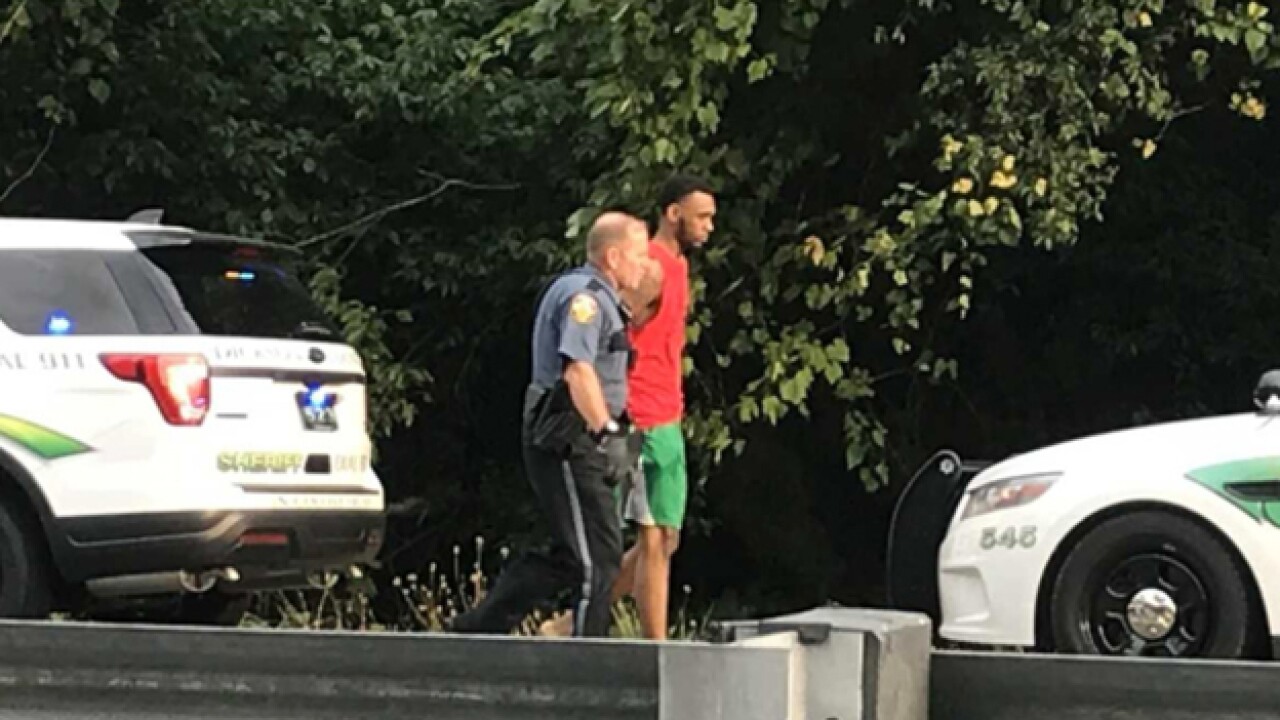 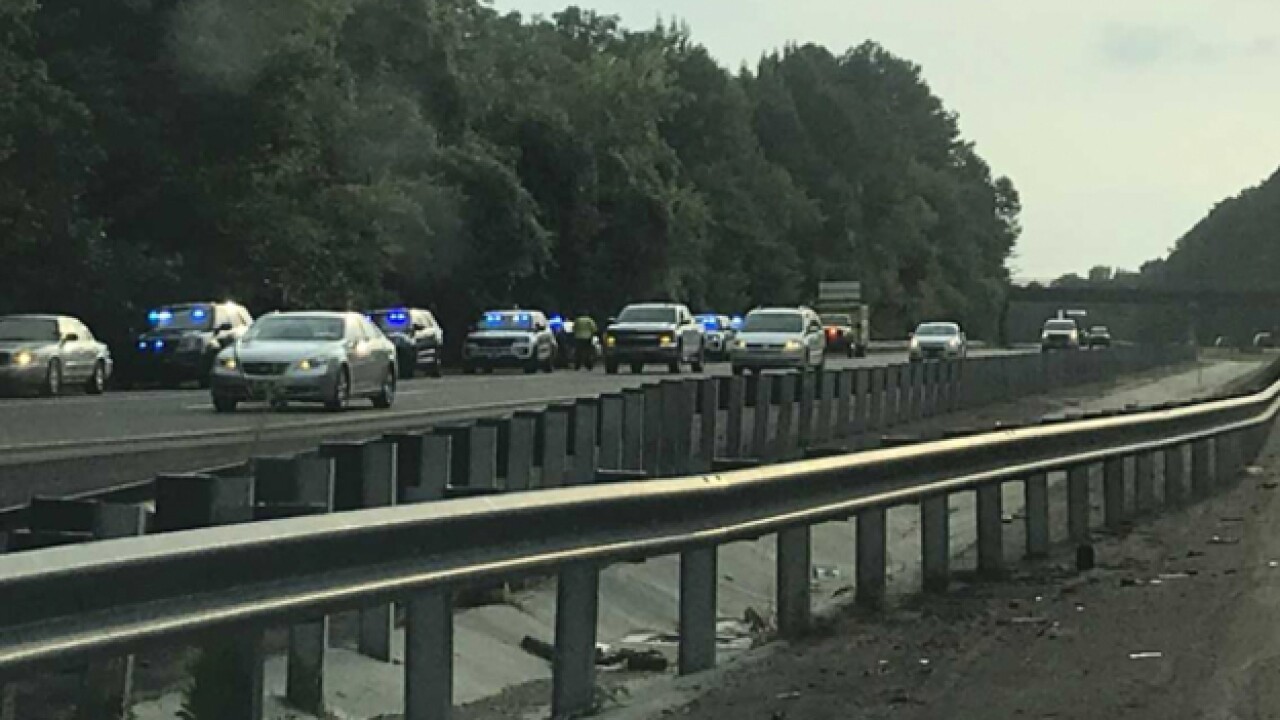 The incident happened Monday at the store located on Highway 70 in Tennessee City.

According to Dickson County Sheriff Jeff Bledsoe, the group arranged to meet at the store but an altercation broke out that led to the shooting.

When deputies arrived they found the victim and he was transported to Nashville hospital in serious condition. Witnesses told them they saw the shooter get in a white vehicle that headed east on Hwy 70.

An officer with the Dickson Police Department made contact with the vehicle and attempted to stop the vehicle but it continued to drive away.

Multiple agencies including the Tennessee Highway Patrol chased the suspects as it continued on Interstate 40.

At one point the vehicle stopped near I-840 and a passenger jumped out of the vehicle. The vehicle continued eastbound on I-40 refusing to stop until Kingston Springs Police were able to deploy spike strips.

"There’s a lot of culverts that go under the interstate. We think that what he might have done is followed the wood line and crossed under one of those culverts," said the Dickson Police Chief.

The vehicle ran off the road a short distance away and three occupants were taken into custody near mile marker 190 near the Davidson/Cheatham County line.

Three of the four suspects were arrested and – identified as Damario Davis, Derrick Watson, and Tiara Young – were taken into custody.

Law enforcement blocked one of the eastbound lanes that evening as they continued to search for the fourth suspect in the area.

They asked the public to be on the lookout for a fourth suspect, identified as Sean Caldwell, who is considered to be armed and dangerous. He was described as having cornrows with orange and red stripes and wearing a dark shirt.

Caldwell has several warrants out for his arrest on charges of attempted first-degree murder, especially aggravated robbery, and aggravated assault.

Police are searching near Meeks Cemetery Road and Spencer Mill Road in the Burns area.

Travis Plotzer with the THP said, "It’s hard to traverse, but we make accommodations for that - make sure we’re prepared for that. Sometimes we’ll use our helicopter to help search above but also we’ve used ATVs to search and overcome. That’s the beauty of these guys and this partnership we can make anything happen.”

Residents have been asked to lock their doors. Sources familiar with the situation said they believe he's in the woods with a gun.