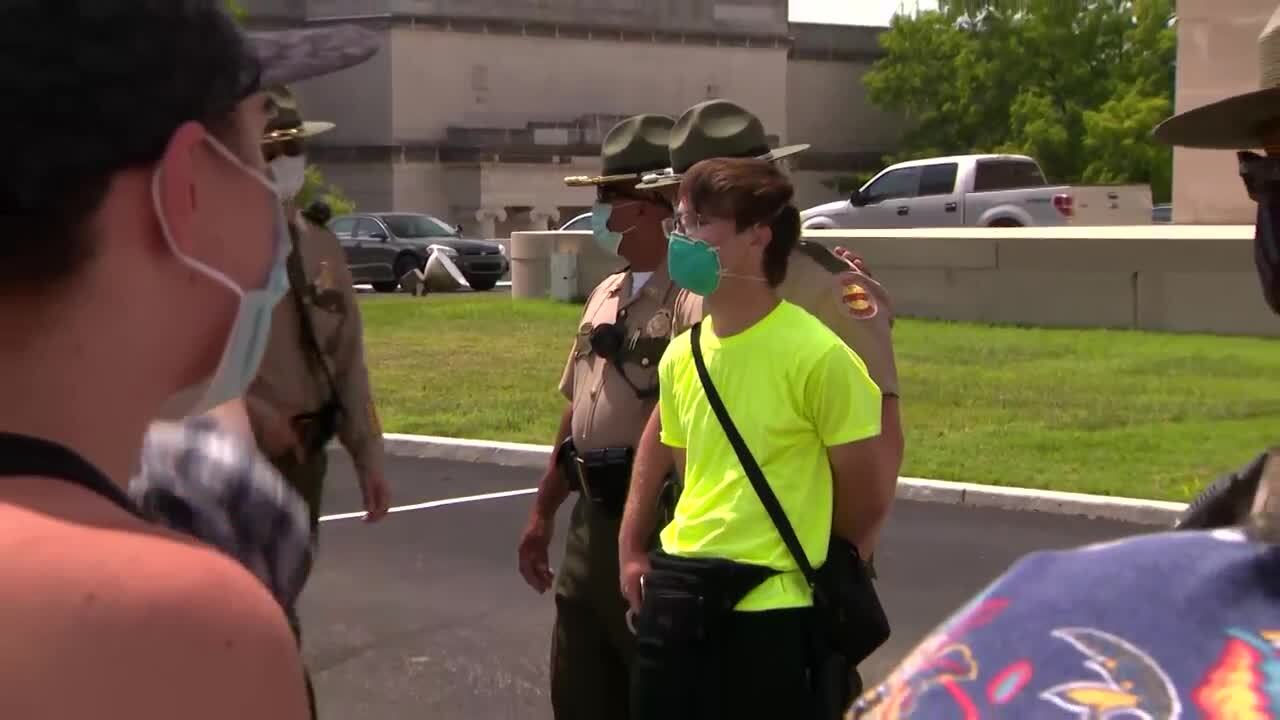 Members of the "People's Plaza" demonstration have been at the Legislative Plaza and State Capitol for the past two weeks.

On Sunday, their demands to have access to the Capitol were met with a line of state troopers.

Troopers told the group of demonstrators they would be arrested if they crossed the barrier. NewsChannel 5 saw at least nine people being taken into custody. They were charged with criminal trespassing.

The arrests happened the same day as a "Back the Badge" rally took place on the other side of Legislative Plaza. But this had nothing to do with it.

The "People's Plaza" group released the following statement in response to Sunday's arrests:

On Sunday, June 28, 2020, the Tennessee Highway Patrol arrested 38 protesters for “criminal trespassing” while setting foot on the Capitol during business hours. Less than 24 hours later, at 6:20 A.M. on Monday, June 29, four protesters and one minor present at the protest site were arrested and charged with “camping on state property,” although there were no tents. The troopers also raided the Plaza and seized canopies providing shade, food, and essential supplies. During the arrests on Sunday, many protesters were pulled off the wall by troopers, obtained injuries and wounds, and were kept outside in the heat for hours with little water and no food or shade. People of all ages were arrested, and excessive force was used on the elderly as well. These were recorded on video by numerous witnesses. Protesters have remained peaceful throughout the duration of the protest. These latest arrests are efforts by the Governor and the THP to discourage and dismiss these protests. Over the last 16 days, THP has continually escalated the situation through physical violence and the arbitrary imposition of laws that are changed daily. The latest arrests occurring on Monday are in direct response to the progress made and retaliation to the solidarity shown on Sunday. We know that we are making progress, not only because of the tremendous support from the Nashville community, but because we are reaching individual troopers as well. After weeks-long conversation with our protesters, one state trooper has made the decision to no longer work security at the Plaza, and refuses to be used as Governor Lee’s personal intimidation force any longer to keep the people from their Plaza. We will continue to occupy the Plaza and exercise our First Amendment right to protest until Governor Bill Lee meets with organizers to have a conversation about our concerns or until the bust of Confederate General and Ku Klux Klan leader Nathan Bedford Forrest is removed from the Capitol building.