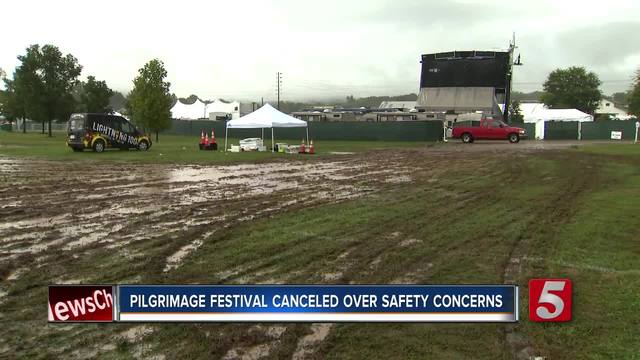 After Pilgrimage Fest was cut short Saturday due to the weather, representatives of the festival confirmed Sunday’s events were canceled, as well. The decision was made Sunday morning by the City of Franklin because of unsafe conditions. 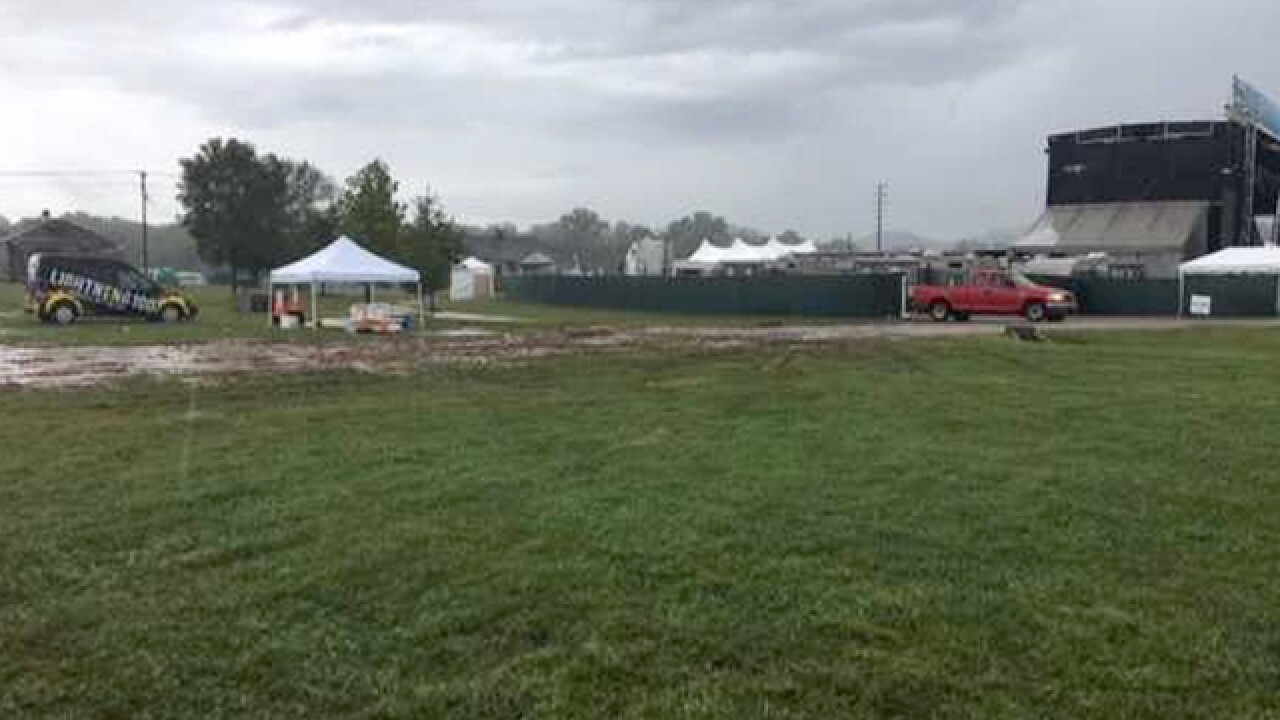 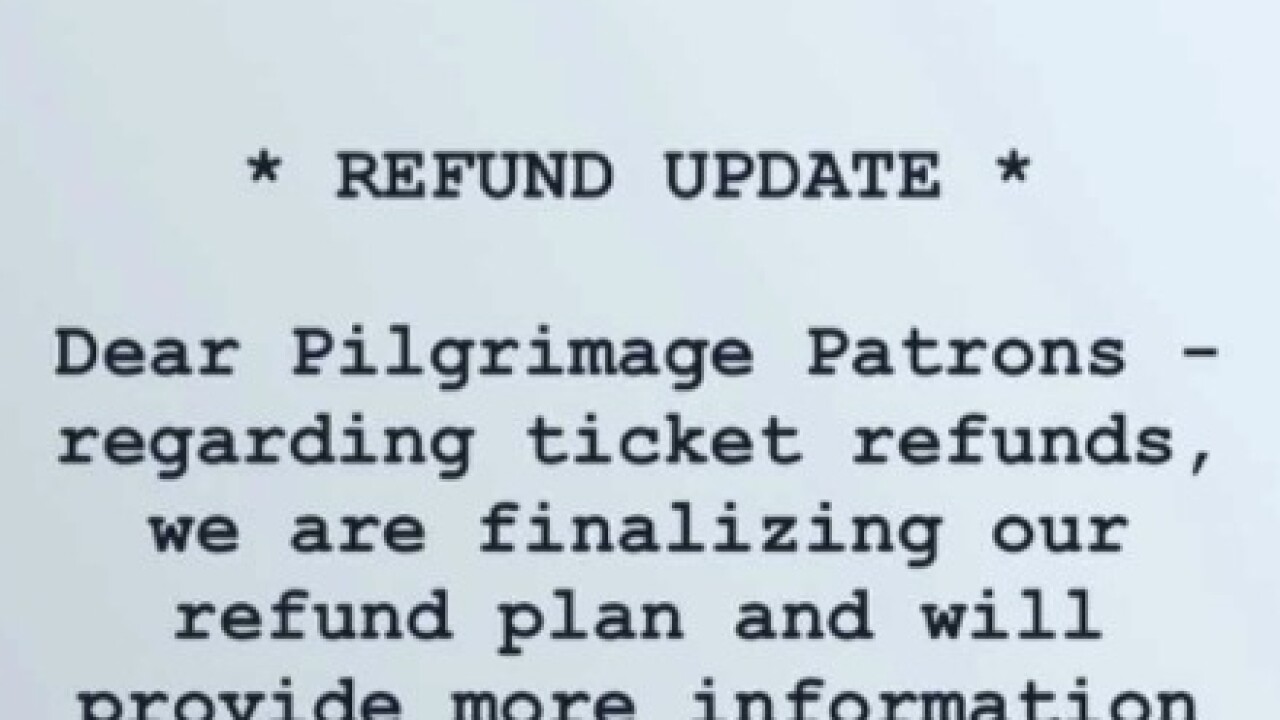 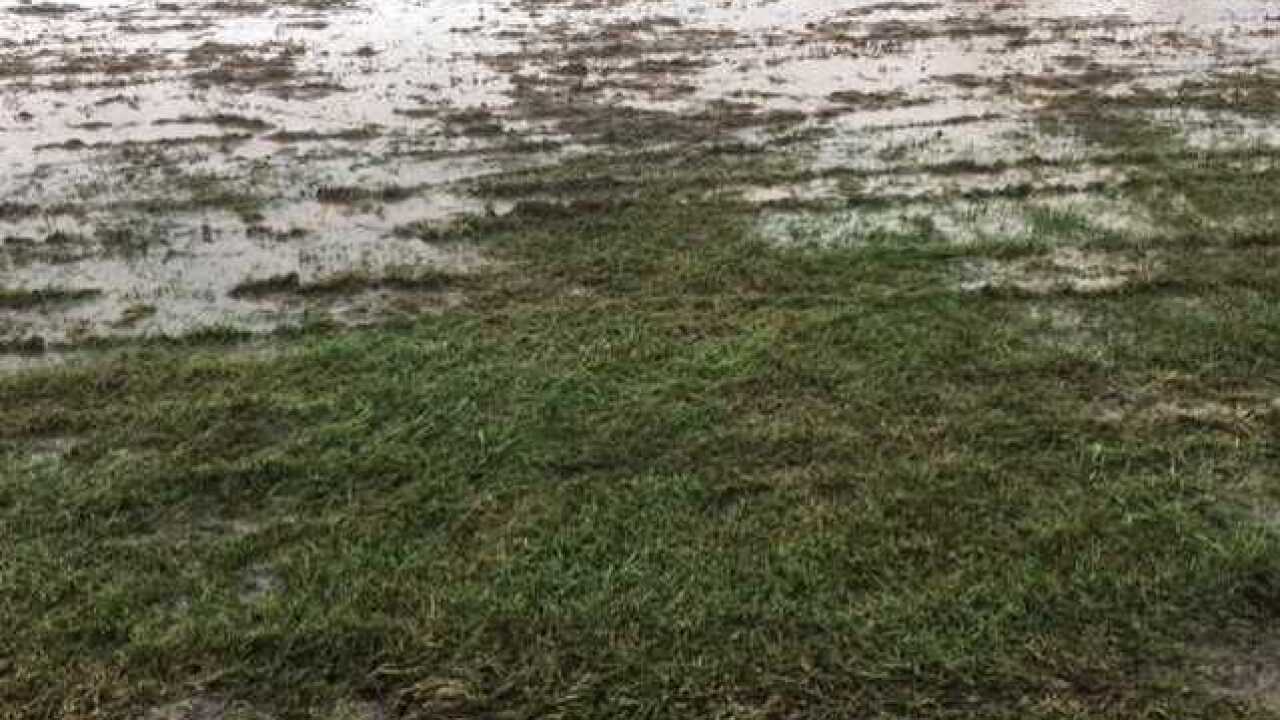 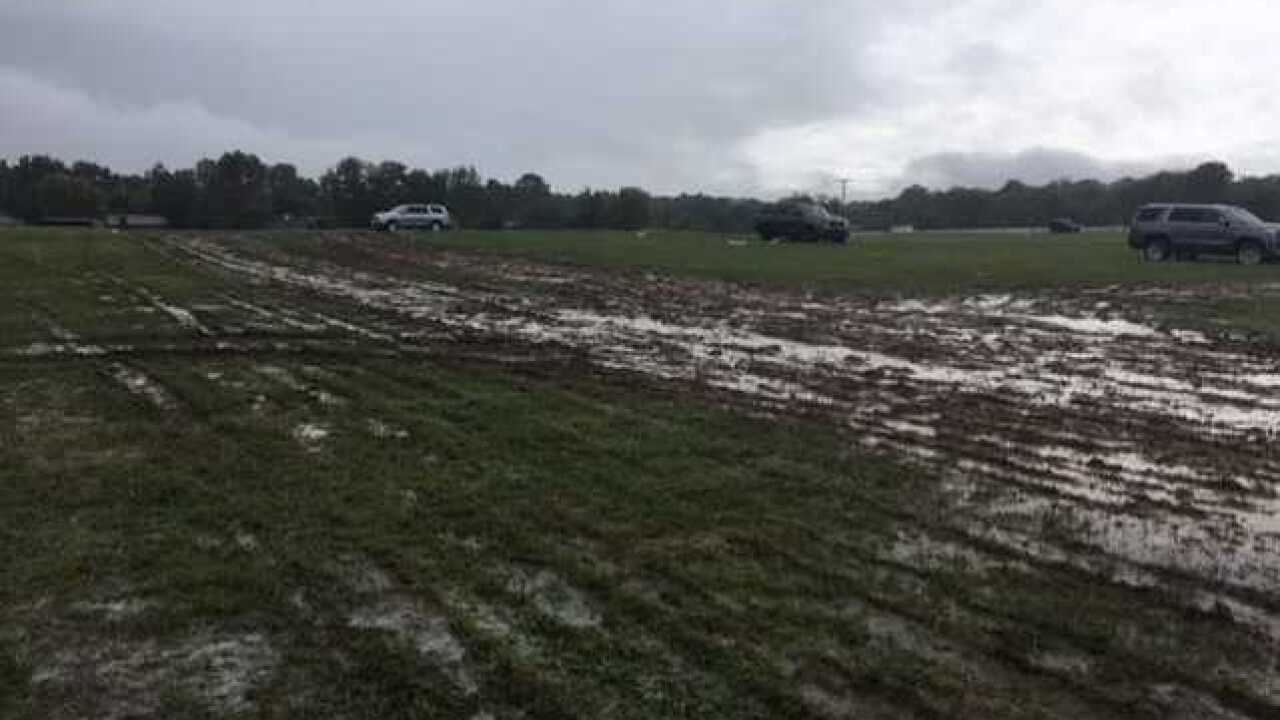 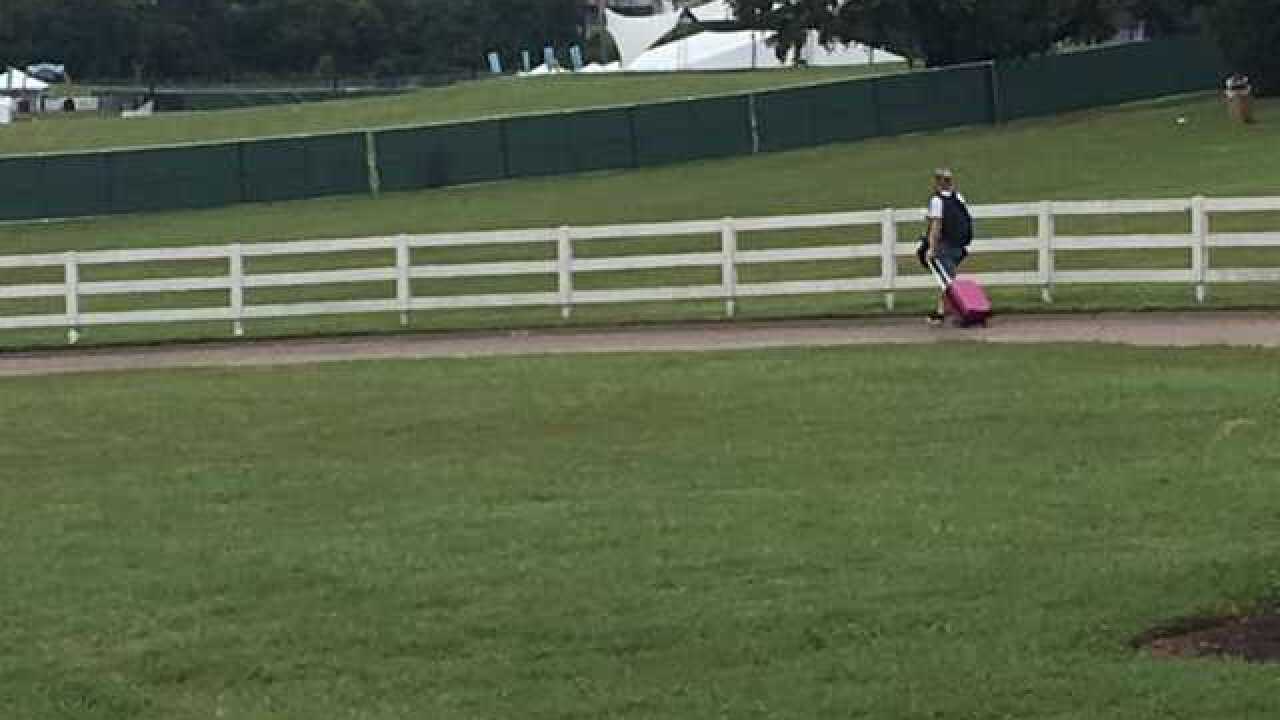 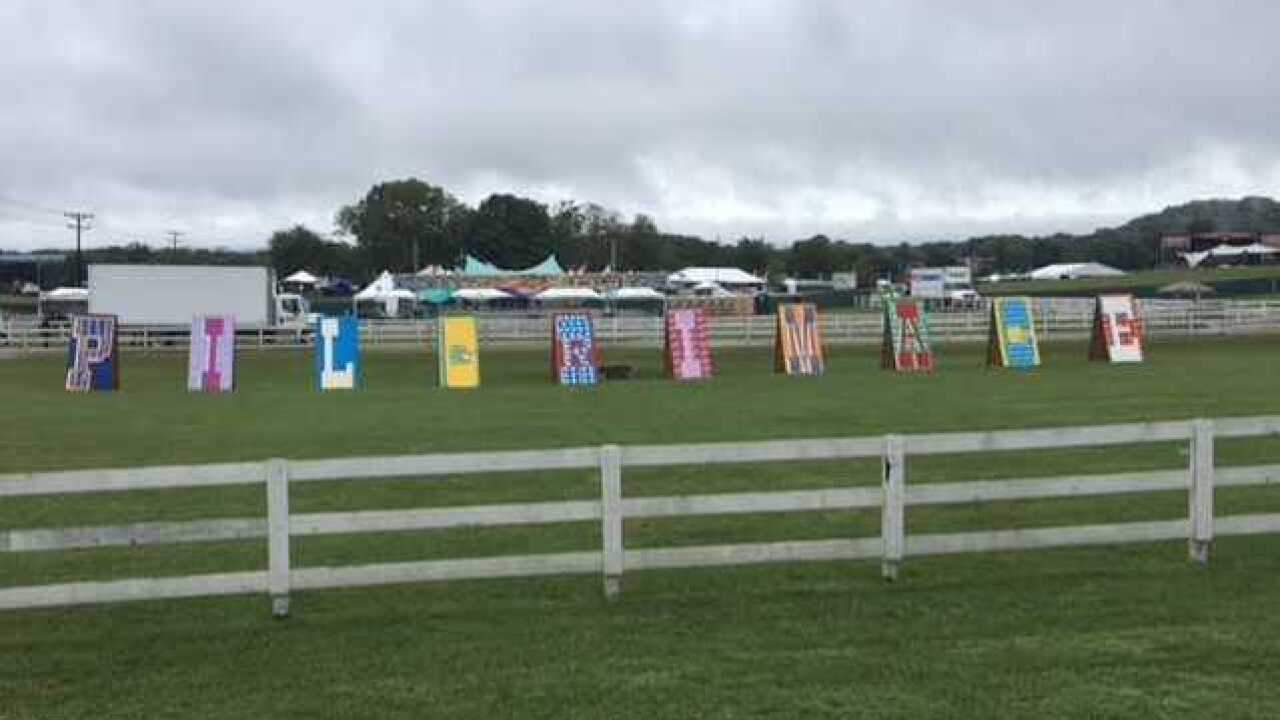 After Pilgrimage Music Festival was cut short Saturday due to the weather, representatives of the festival confirmed Sunday’s events were canceled, as well.

The decision was made Sunday morning by the City of Franklin and event organizers because of unsafe conditions.

The festival released the following statement on Sunday:

In coordination with Festival organizers, the City of Franklin made the call on Saturday, September 22 to evacuate the Pilgrimage Festival due to lightning in the area. According to weather professionals advising the City and Pilgrimage organizers there was lightning in the area that was passing directly over the City of Franklin. It eventually crossed over our 8-mile safety perimeter with 69 recorded lightning strikes over the course of the temporary evacuation and one strike as close as 0.9 miles away. The safest place to seek shelter was vehicles, the Factory and Liberty Elementary. Those sheltered in place in their vehicles were held on the festival site until approximately 15,000 attendees evacuating on foot were cleared from the streets as this was part of our shelter in place evacuation plan. Once pedestrians were safe, we allowed cars to leave the site. With more inclement weather in the area, the City and Festival organizers then decided to cancel the rest of Saturday’s events because we could not evaluate the site for safety.

With the threat of additional thunderstorms on Sunday, City officials made the call to cancel the Pilgrimage Festival for today due to safety concerns. Expected attendance was estimated to be 25,000 people.  Staff were on site at 6:30 am to evaluate onsite and offsite parking.  Due to site conditions, over 10,000 patrons would no longer have a place to park on site and at Liberty Elementary, which ultimately would result additional problems should there be another evacuation. In addition, site conditions due to heavy rains resulted in additional hazards on site including concerns about electricity to stages and vendors.

This decision is made based in the interest of protecting the safety of patrons and citizens.  Pilgrimage fully supports this collaborative decision by the City to evacuate on Saturday and cancel the festival for Sunday.

Festival organizers are notifying ticket holders on how to retrieve their cars and belongings and for information about ticket refunds.

Festival goers like Nicole Distasio said they are disappointed.

"It's a messy situation," Distasio said. "I don't think there's one right way to handle it. I do think that if I had been stuck in the parking lot for three hours the way I read on social media some people were, I would probably be a little bit upset."

Festival representatives said they're working on finalizing their refund plan and will release more details soon.

One vendor who sold tacos at the event came back with suitcase in tow to pick up his food truck in the rain.

"Honestly, I just feel like this festival is kind of a big loss for everyone," Jeff Kirkland said.

He said he wishes the communication would have been better.

"When they started with the first delay, we just packed up and left after that because we didn't think they'd be letting people back in," Kirkland said. "Then this morning, we got a text saying that we were going to have the event today, so we got up and got ready. Then we were told the event was canceled, so we're about to go get our load out."

Sunday morning, a Franklin alderman came back to retrieve his bicycle that he had left at the festival during the lightning evacuation.

"Tough decision," Scott Speedy said. "I know people are disappointed, but obviously a call festival makers and the city had to make."

Despite the rain, Speedy said his family plans on coming back next year.

For lost and found items, event organizers ask that you fill out a form and they will get back to you.

In light of the cancellation, Nashville Home Show offered free admittance to anyone with a Pilgrimage Festival wristband.