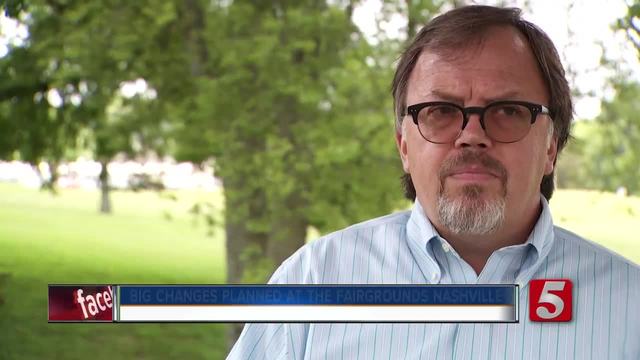 A major league soccer stadium is one step closer to being built at The Fairgrounds Nashville.

A major league soccer stadium is one step closer to being built at The Fairgrounds Nashville.

The Board of Fair Commissioners has approved a plan to build a new expo on the opposite side of the Fairgrounds.

This paves the way for an MLS stadium to be built where the current fairground buildings reside.

According to Ned Horton, the board president, taxpayers will foot the $25 million bill.

Horton said they will operate the flea market and various events out of their current buildings until new construction is completed.

Upon completion, the current buildings will be demolished so the proposed MLS stadium can be built.

Horton said normal fairgrounds operations will not be impeded.

Horton said, "Our facility is a little tired and run down and it's been neglected, I mean there hasn't been a capital investment there of any significance for a long long time. Probably since the early 60's when those things were built."

Improvement plans are being discussed.

Horton said, "How would we fit in a potential MLS soccer stadium that's been committed to the area? How would we look at some private developments, restaurants, potentially a hotel, other things like that."

Today the fair commissioners voted on building a new Flea Market expo on the other side of the speedway.

Horton said, "I'm excited to see progress, it's been a long time coming."

Then, they will demolish the old fairground buildings so a stadium can be built here.

While Metro seems full steam ahead with the MLS stadium proposal, people who've operated out of the fairgrounds for decades are concerned about co-existing.

Scott Jones said, "If you can't have the parking for people to come, ultimately they won't come, and traffic congestion,  a typical good October flea market, we're already backed up to the interstate which is great."

An additional $13-million for fairground improvements is also available. Jones manages the grounds during the Tennessee State Fair.

Jones said,"The buildings out here at the fairgrounds definitely need to be improved."

A lot of the changes depend on whether or not the MLS stadium plan goes though.

So as vendors and fair organizers try to get a grasp on all the changes, design teams are hitting the drawing board.

Horton said, "Some of them are just adverse to change."

Next step is getting the fairground re-zoned for a soccer stadium.

Then, the Metro Council will have to approve the plan.

For additional fairgrounds improvements, check out the information at this link.