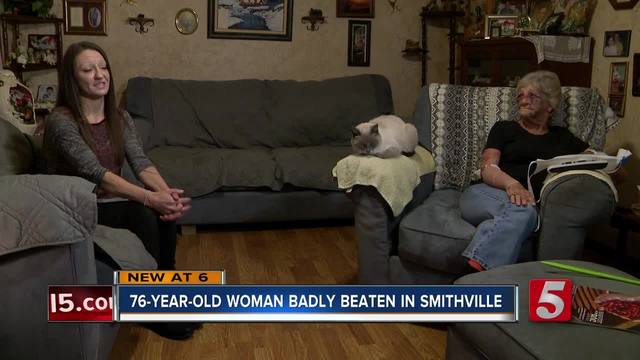 Accounts of the beating of an elderly woman in Smithville differ between the woman's family and statement's taken by police. 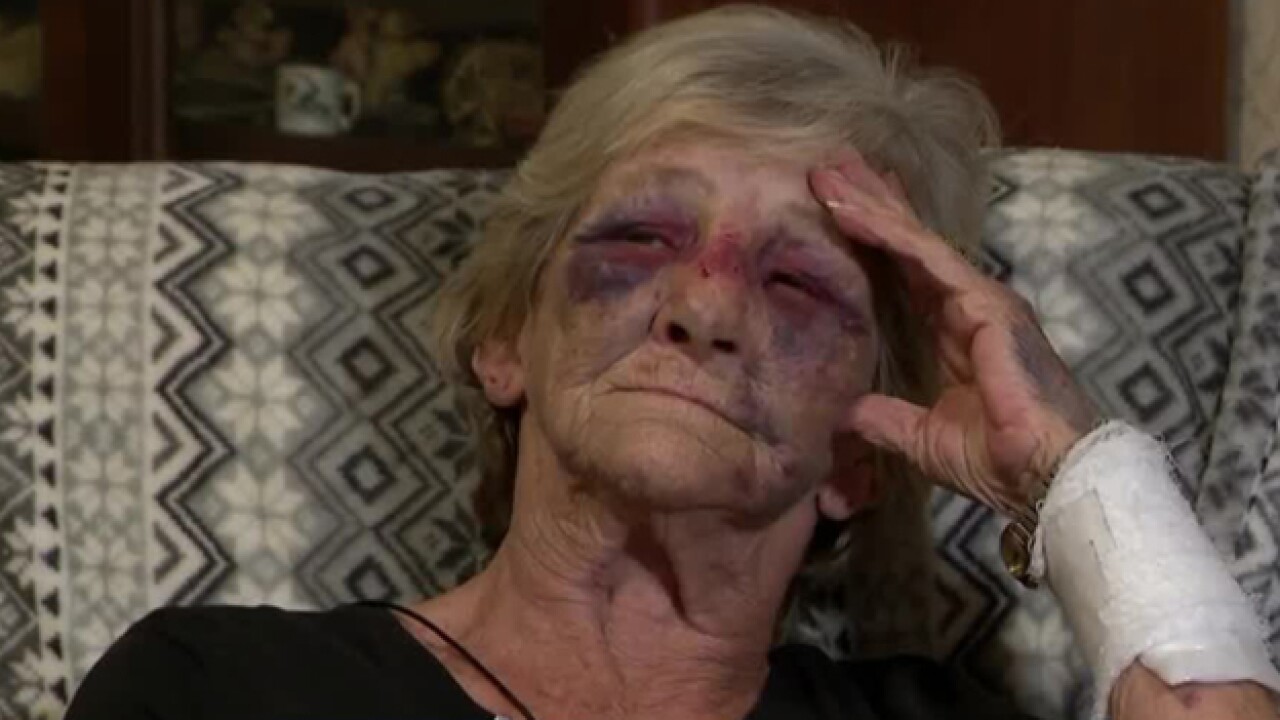 Accounts of the beating of an elderly woman in Smithville differ between the woman's family and statements taken by police.

Police arrested 76-year-old Sarah Atnip Monday and charged her with domestic assault and assault for an incident at her ex-boyfriend's home.

According to police, Atnip went to the home on Allen Street to confront her former boyfriend. Police said when the boyfriend told Atnip to leave his home, she drove her car into his vehicle, pushing it three feet. Then, the ex-boyfriend hits her car windshield with a wooden chair and the boyfriends new girlfriend and Atnip got into a fight. Police said both women fell into Atnip's car.

The account from Atnip and her grand daughter sounds much different.

They said Atnip was trying to leave when her car window was shattered, and that the crash was unintentional. Atnip said she was in the car when the girlfriend attacked her.

"I was trying to protect myself and she did all of this to my face," said Atnip.

Atnip's grand daughter did not witness the fight because she said she was ordered to leave by the ex-boyfriend. She said she went for help, but saw her grandmother in an ambulance when she returned.

"I took a step inside the ambulance and whenever I saw the damage that had been done to her face, which it looks considerably better than it does today than it did when I saw it. It put me in a fit of rage when I saw it. That someone could've done that to her at her age for any reason. It was very hard," said Mackie Devault.

The Dekalb County Sheriff said Atnip was the aggressor in the fight and arrested her. She was booked after a trip to the hospital and had a $5,550 bond. An order of protection was issued for Atnip to stay away from the ex-boyfriend and his current girlfriend. No charges are planned for them.