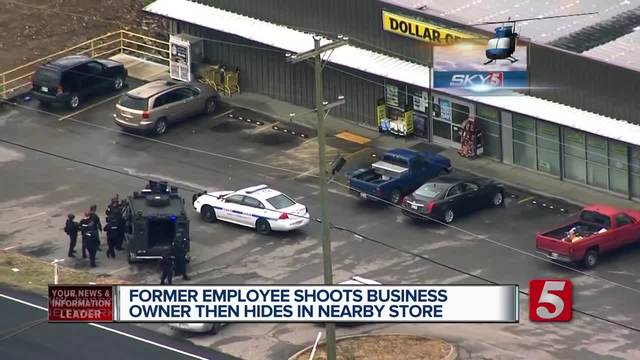 Police have been called to a shooting north of downtown Nashville. The incident was reported around 10 a.m. Thursday on Darbytown Drive, located not far from Old Hickory Boulevard and Dickerson Pike. 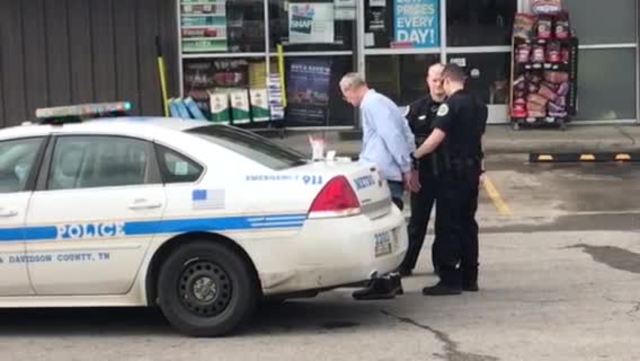 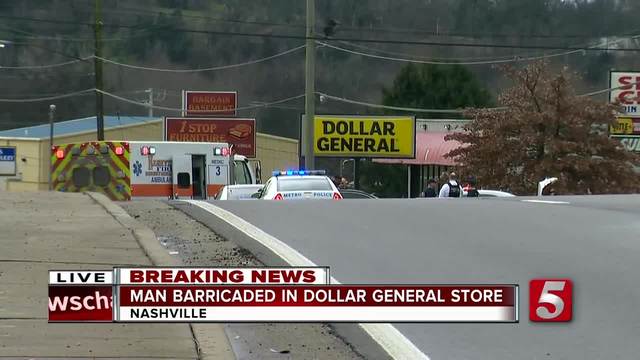 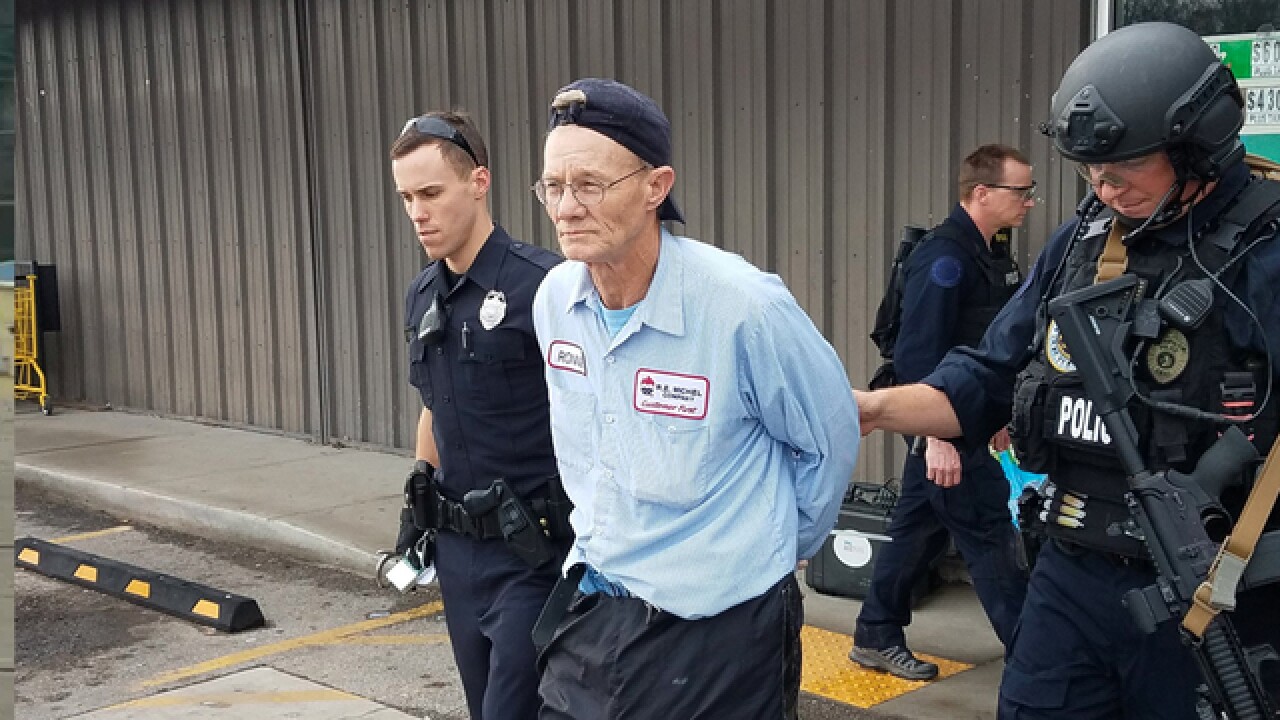 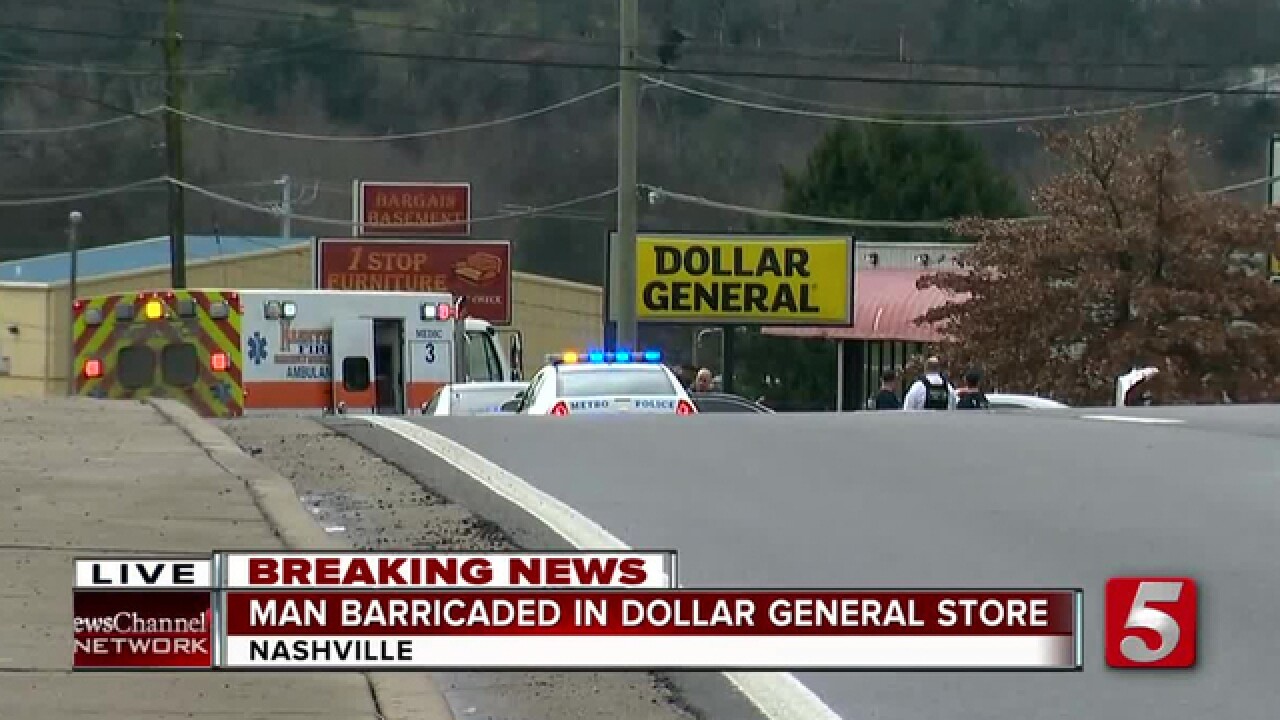 Police have taken a suspect into custody after the owner of a Nashville business was shot in the face by a former employee.

The incident was reported around 10 a.m. Thursday on Darbytown Drive, located not far from Old Hickory Boulevard and Dickerson Pike.

Metro Police said the ordeal began at Resolution Inc. after a suspect, identified as 62-year-old Ronald Kirby, confronted and then shot an employee, who was his former boss, in the face.

Shooting suspect Ronald L. Kirby being taken from the Dollar General Store where he was hiding. pic.twitter.com/jgoidaIz0a

The victim, identified as 59-year-old Ronald Francis, was taken to Vanderbilt University Medical Center where officials said his condition was not life-threatening.

The gunfire was in close proximity to another nearby business. Eric Kitts heard the gunfire from outside Broadband Technical Resources.

"I didn't have my phone on me," said Kitts. "So, I ran into my office and told them to call 911. We actually had some guys in the parking lot and we were trying to get them inside. Then about 10 seconds later we heard about four or five gunshots, really loud ones and apparently that was the people in there that had firearms they were shooting back at him."

Police said another employee at the Resolutions Inc. fired his weapon in retaliation, but Kirby wasn't hit. A third employee was struck in the chin by one of the ricocheting bullets. The wound was confirmed to be minor. He was treated at Skyline Medical Center.

The suspect ran from the building to a nearby Dollar General store and was found hiding in a storage area. Metro Police spokesperson Don Aaron said he never threatened SWAT officers and acknowledged that he was hiding there. His pistol was recovered from beside him.

Dickerson Pike was blocked off by police activity. Officers also surrounded a home in the Bellshire neighborhood. Several schools were placed on lockdown while the investigation was taking place.

Aaron said Kirby did not have a criminal history. He did have an accidental shooting charge back in October 2017.

Thursday afternoon, police confirmed Kirby was charged with attempted murder and three counts of aggravated assault. Authorities said he was refusing to answer questions from detectives.