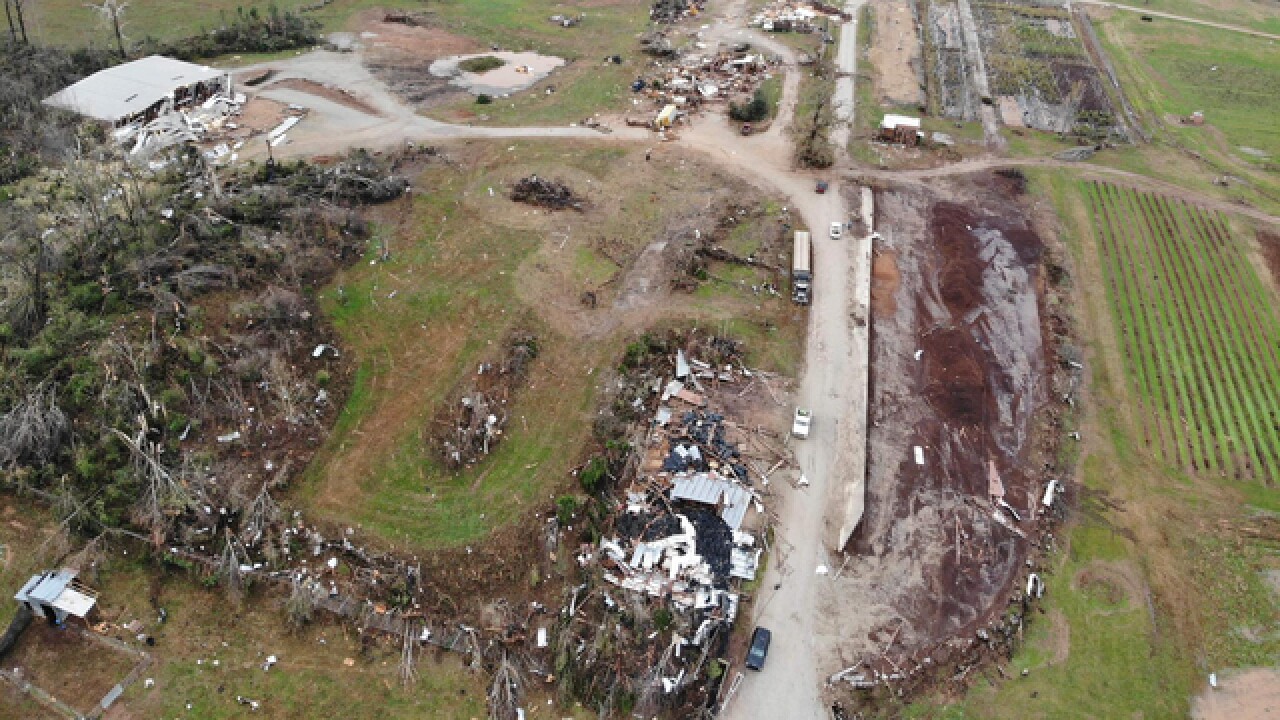 Copyright 2018 Scripps Media, Inc. All rights reserved. This material may not be published, broadcast, rewritten, or redistributed.
&lt;p&gt;Photo courtesy of Brad Finney&lt;/p&gt;

Several homes were damaged overnight after an EF-2 tornado moved through Franklin County.

EMS officials said more than a dozen homes had major damage, some of which were destroyed.

There were reports that several people suffered minor injuries in the storm.

The storm knocked out power to about 3,000 in the county.

All roads have reopened except for Highway 127, which remains closed due to power line construction in the area.

Further north in Rutherford County, a possible tornado was responsible for at least one death and two injuries in Christiana.