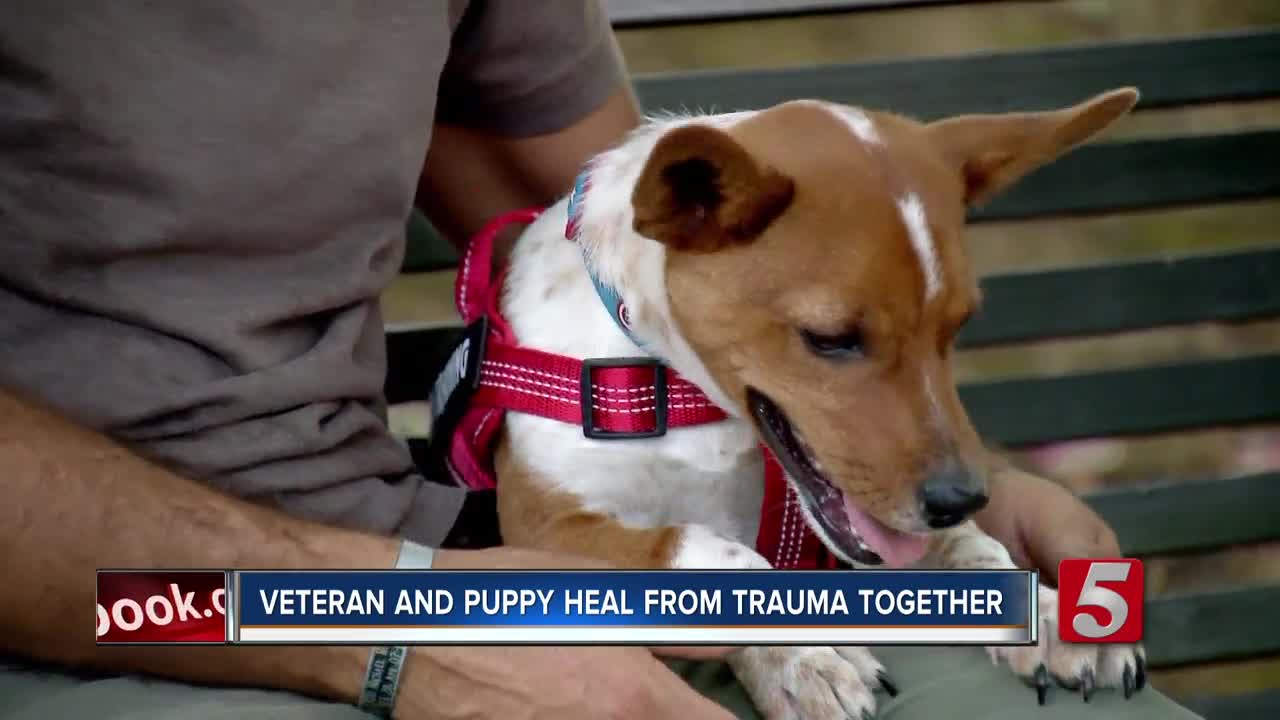 A puppy found by fishermen with a missing leg, has been adopted by a veteran who is also an amputee. 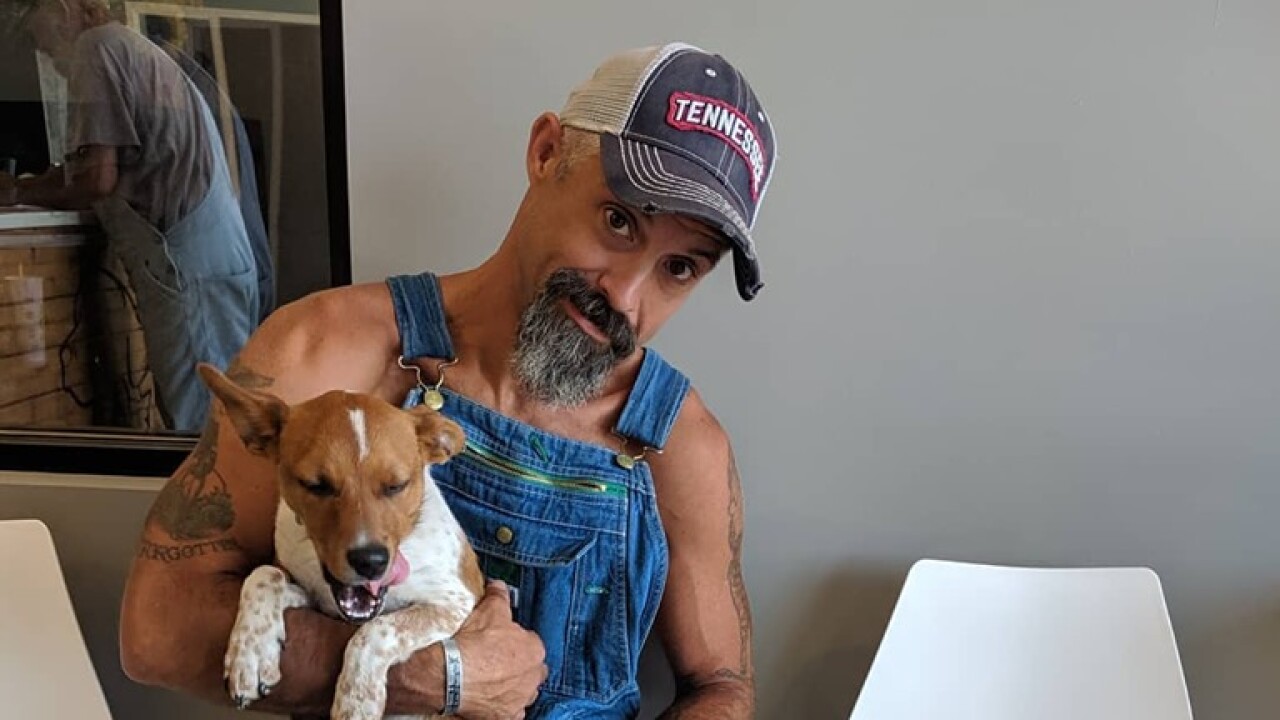 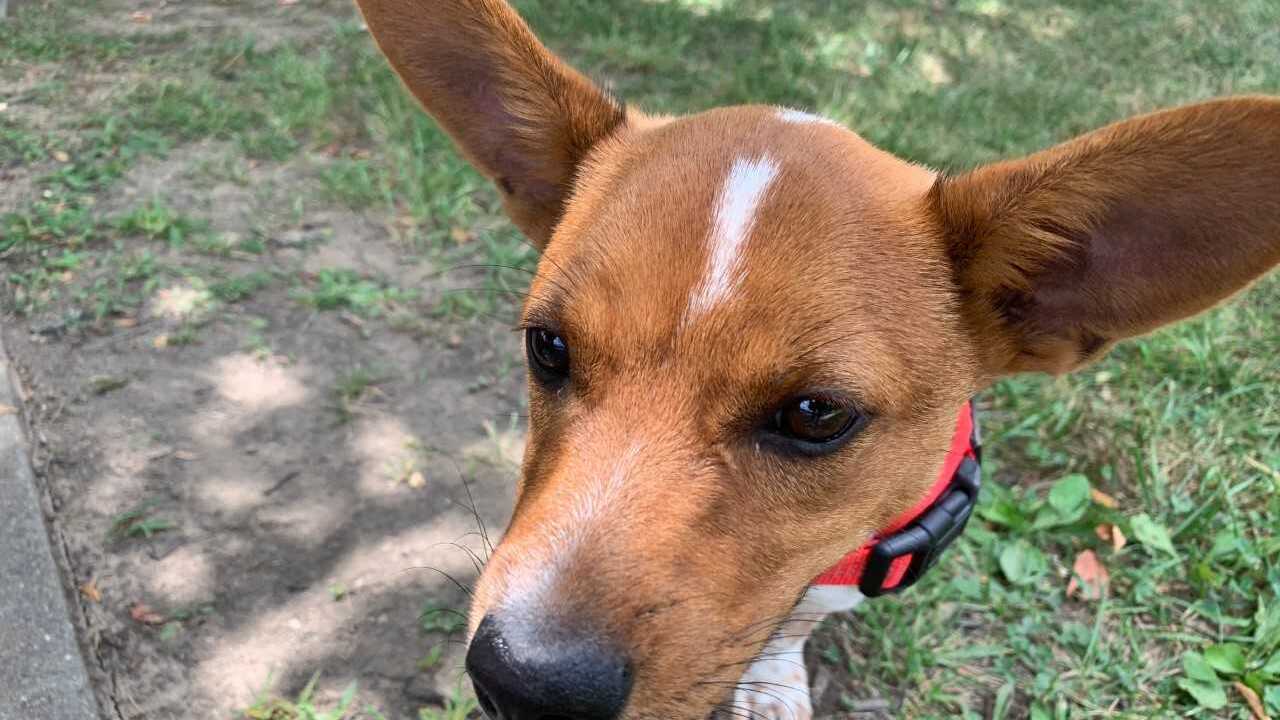 DICKSON, Tenn. (WTVF) — A puppy found by fishermen with a missing leg, has been adopted by a veteran who is also an amputee.

Joshua Ferguson said they have a special bond.

"It's impossible to not smile around him," Ferguson said, "Everybody's so happy to see him, then they notice he's got 3 legs. 'He's happy you were overjoyed to see him, don't pity him!'"

Ferguson carries that tough mindset with him every day. He too, has endured trauma as a veteran. He lost his leg in an attack.

"We survived, here we are, and I say 'we' because all 5 of us out on the truck lived which is pretty rare with that type of IED," Ferguson said, "There's silver linings to anything, you can find something, and even if you can't, somebody's had it worse! So stop complaining."

That fighting spirit has served them well.

"He makes it easier for me to remember, hey it's still a beautiful day," Ferguson said, "You realize really just how tremendous a journey life is."

Scooter and Joshua have taken up yoga, and they're working on healing mentally and physically.

"As tragic as his situation is, at best or at worst, I'm pretty frickin blessed," Ferguson said.

One day, Joshua hopes to train Scooter as a service or therapy dog. His dream is to visit amputees at local hospitals through a volunteer program.