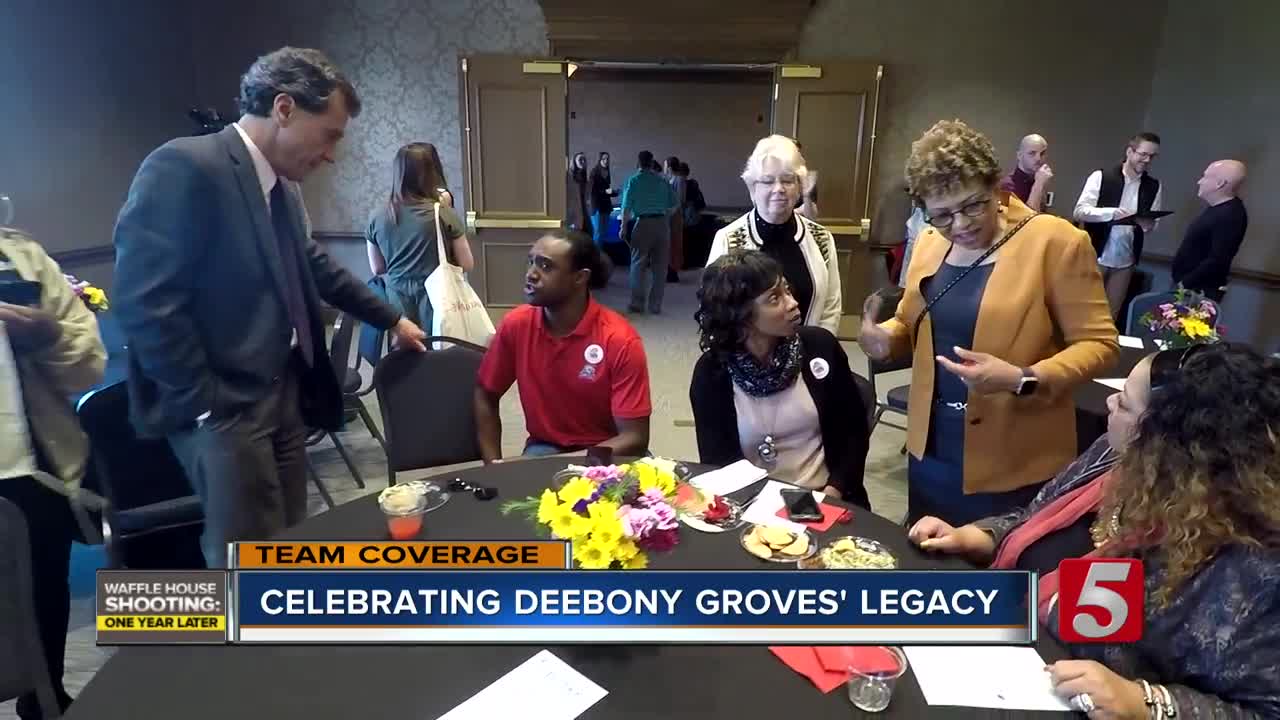 DeEbony Groves will be remembered for having a "million dollar smile." Her life was cut short when a gunman opened fire at a Waffle House in Antioch one year ago. 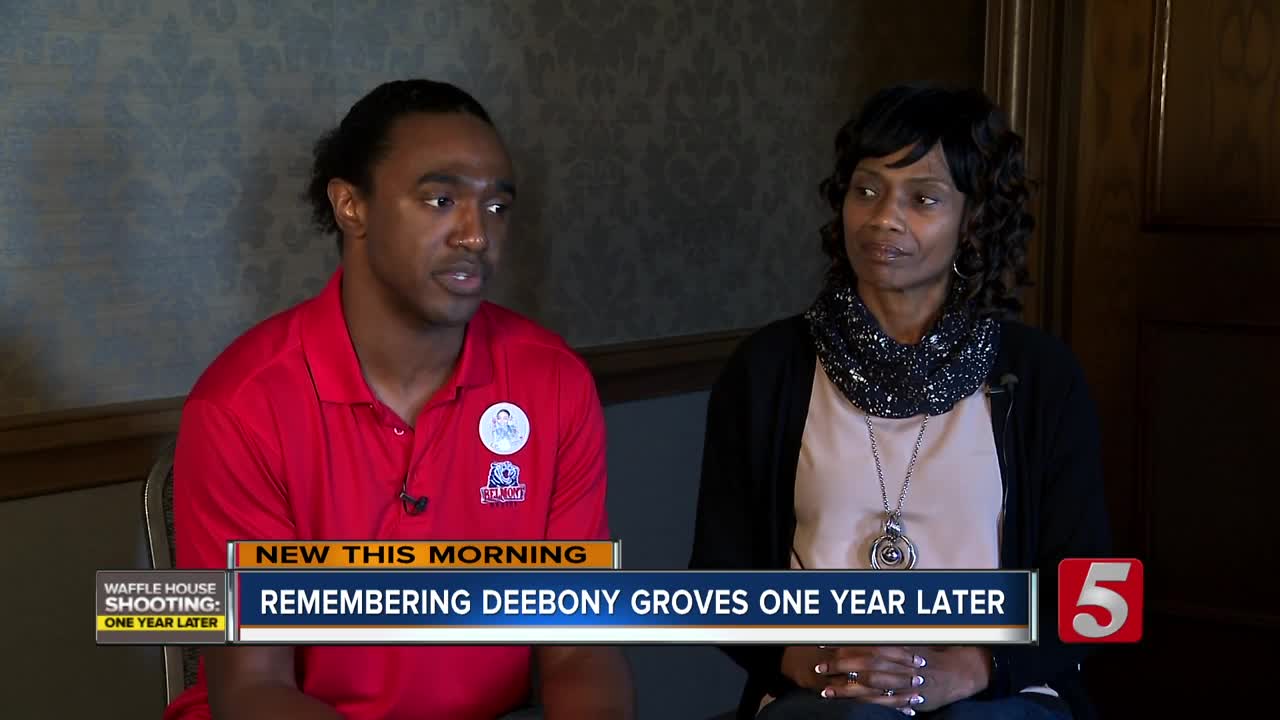 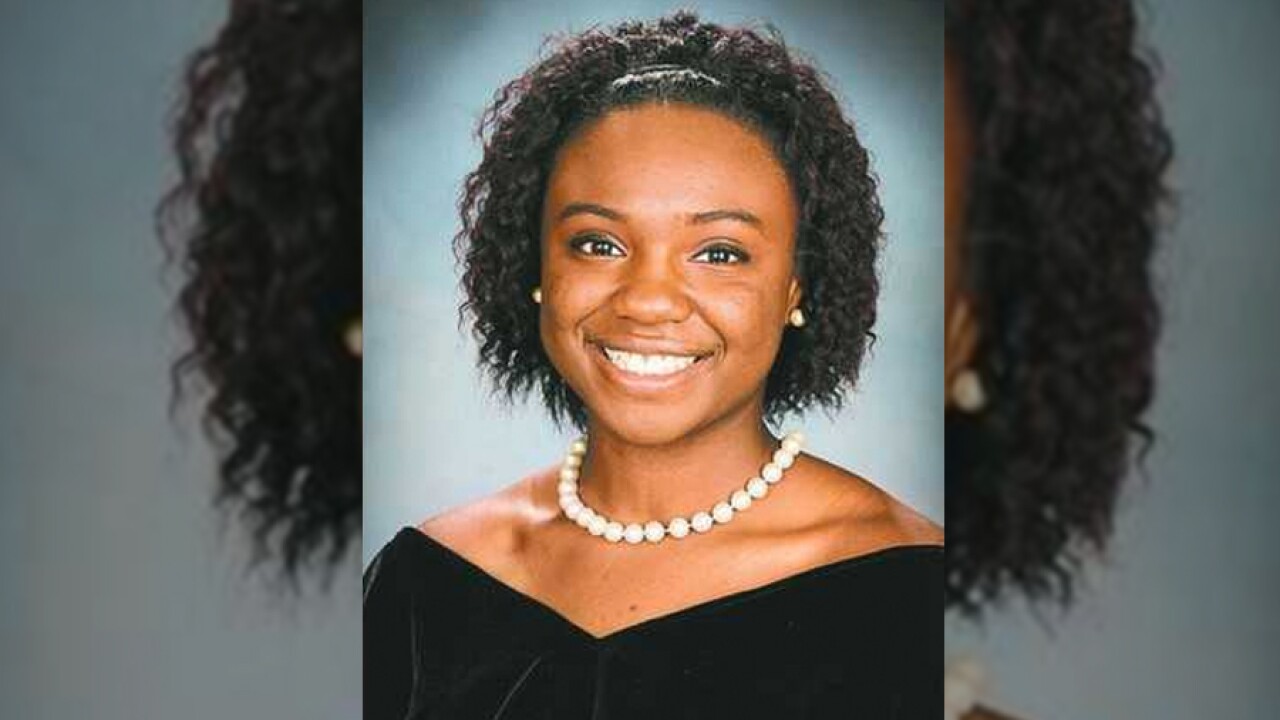 NASHVILLE, Tenn. (WTVF) — DeEbony Groves will be remembered for having a "million dollar smile." Her life was cut short when a gunman opened fire at a Waffle House in Antioch one year ago.

Instead of focusing on her death, her family and friends are focusing on the legacy she left behind.

"It's been a difficult journey, but we are striving to prove that you can live after tragedy. You can survive after tragedy, and you can move forward, slowly, but you can," Shirl Baker said.

Shirl Baker is still mourning for her daughter. She cries every morning, and is still praying for peace.

"I'm just going through one day at a time and I'm allowing the peace of God to fight my family's battles," Baker said.

Both DeEbony's mom and brother forgive the killer.

"I'm not angry at the shooter. I'm still trying to understand why he did it, why he chose the Waffle House," Baker said.

While the pain is still present, the support they receive from DeEbony's friends at Belmont University helps them cope.

MacMath shared a moment with DeEbony's family after the awards ceremony.

"This one just means so much more because it’s in her name, honoring that legacy and to be the beneficiary of that, it’s inexpressible," MacMath said.

For Di'Angelo Groves, he's happy someone will carry out his sister's dream of helping others.

DeEbony was passionate about social work and equality according to students like Lauren Barnhart.

"I think for me it’s just being passionate. It’s being effervescent, it’s fighting so hard for social justice and speaking out and doing it in a way that’s really compassionate because I think that’s the way she really wanted to be as a social worker," Barnhart said.

Barnhart has organized discussions about violence after the mass shooting.

Moving on, Di'Angelo Groves and Shirl Baker will bind together and lean on each other for support.

"Don't ever neglect family time because our lives prove that tomorrow is not promised to you," Baker said.

This upcoming year Baker plans on reaching out to others suffering from grief.

"My mission is to instill hope," Baker said.

On Monday night at 7 p.m. at the Bell tower at Belmont University students are holding a vigil to remember DeEbony Groves.