Residents Could Be Evicted For Feeding Stray Cats 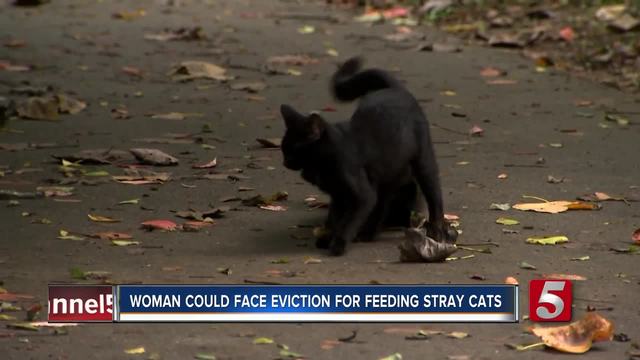 Residents at a senior living facility might be evicted for feeding a stray cat colony that lives in the woods behind Old Hickory Towers. 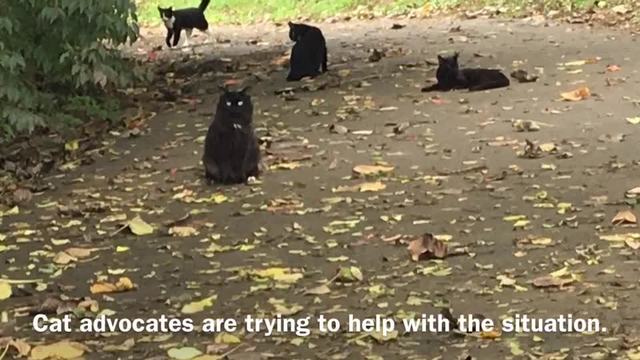 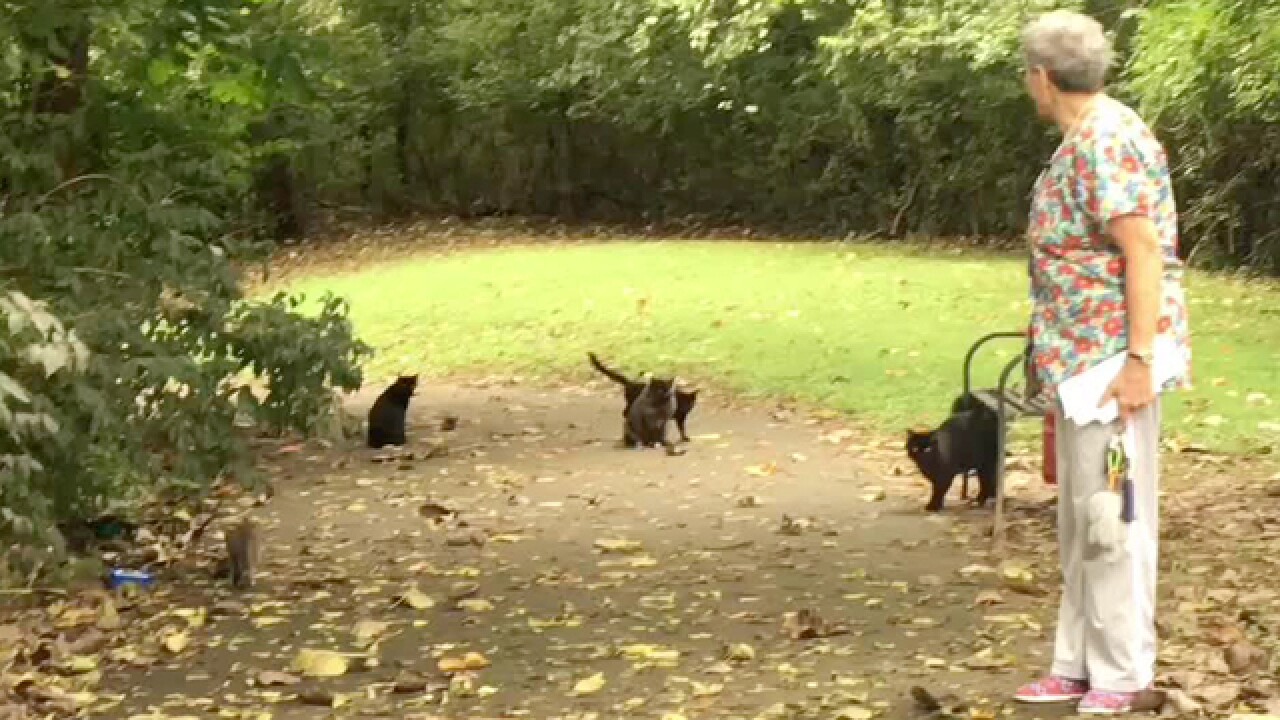 UPDATE: A vice president with Freeman-Webb said they will not evict tenant Patricia Williams for feeding the cats. They are working with residents on a solution. They still request that the cats are not being fed on Old Hickory Towers property.

We have no intention of evicting Ms. Williams and have been working with her and others and believe we have come up with a resolution that is satisfactory to everyone.

We understand the outpouring of support that has occurred regarding feral cats at Old Hickory Towers. We share your disgust for the people who abandon these cats and leave them to fend for themselves in an environment for which they were not naturally intended. We hope those who have reviled us for insisting our residents comply with our policies will be gracious enough to presume we are telling the truth when we state that we are doing this for the safety of our residents. Over our four decades of managing apartments, we have had many incidents where residents were assaulted and injured by wild animals who were attracted to our properties by people feeding feral cats. Most of these attacks have been by raccoons. However, skunks, rats, coyotes, possums, squirrels, and mice also eat cat food. If any of these animals are rabid, they can become aggressive with humans. That is a risk we are unwilling to tolerate when it can be lessened by the simple act of not doing things to attract them to our property.

We are a pet-friendly community--the residents of Old Hickory Towers are allowed to have pets in their apartments.  Many of those who do have pets have concerns about their pets being exposed to diseases which may be carried by feral cats and other wild animals.  We make every effort to be sensitive to the needs of all of our residents.

If the cat welfare advocates and others who have contacted us with concern about the situation would like to help re-home any of the cats that are tame enough to be adoptable, that would be a wonderful solution and would be likely to lead to a much better and longer life for the cats.   We do not intend to take any action to remove the cats as long as people do not feed them on or near our property or otherwise engage in activities which encourage them to congregate there, and as long as the number of cats declines over time rather than increasing.  We recognize that the people who have been feeding the cats are well-meaning and we do not want to evict anyone; we do, however, need for them to respect the rights of others to a safe environment.  We will support the Community Cat Program in their efforts to spay and neuter these cats and provide them with rabies shots and other vaccinations.

Residents at a senior living facility might be evicted for feeding a stray cat colony that lives in the woods behind Old Hickory Towers.

"They're innocent! Who did they hurt? They don't bother anybody, look at my babies!" Patricia Williams said.

Williams summoned the cats from the woods, and she has named dozens of them.

"Oh my goodness! What's the love between them? Isn't it beautiful? This is what makes my life," Williams said.

Williams said she now feeds the cats on an adjacent property that belongs to Metro Davidson County. Recently, she received a letter saying she needs to stop feeding stray animals.

"This is my life. Who am I hurting?" Williams said. "What person am I damaging with this love of mine? I have so much love to give, I can't even tell you how much love I have in my heart for animals and kids."

Animal advocates with Nashville Cat Welfare Coalition are trying to help. They contacted Metro Animal Care and Control who trapped, neutered, and released a majority of the cats through their partnership with the Pet Community Center.

"Every time we speak to people in the government, this issue is passed around like a hot potato, and then for some reason, there tends to be reluctance to admit that this program exists and that the city has any responsibility," Denice Heatherly said.

"I don't want to lie, cheat, or steal, that's not my way, but I can't let them die!" Williams said. "Gracie has already died. One of them have died because we didn't feed her for a week, and she was a baby!"

Williams said she hopes everyone can come to a solution soon. Residents want to meet with management at Old Hickory Towers to find a way to keep the stray cats safe and off the property. We reached out to the the manager as well as Freeman Webb, the owners, but we have not heard back yet.