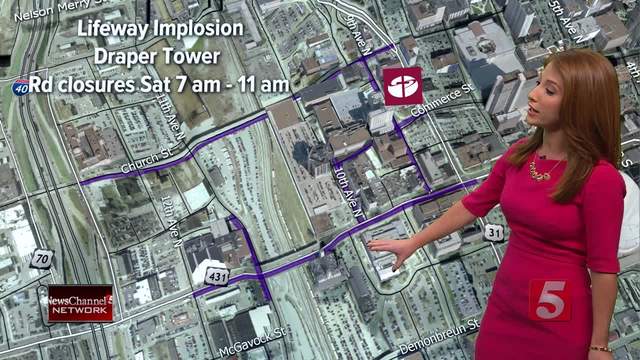 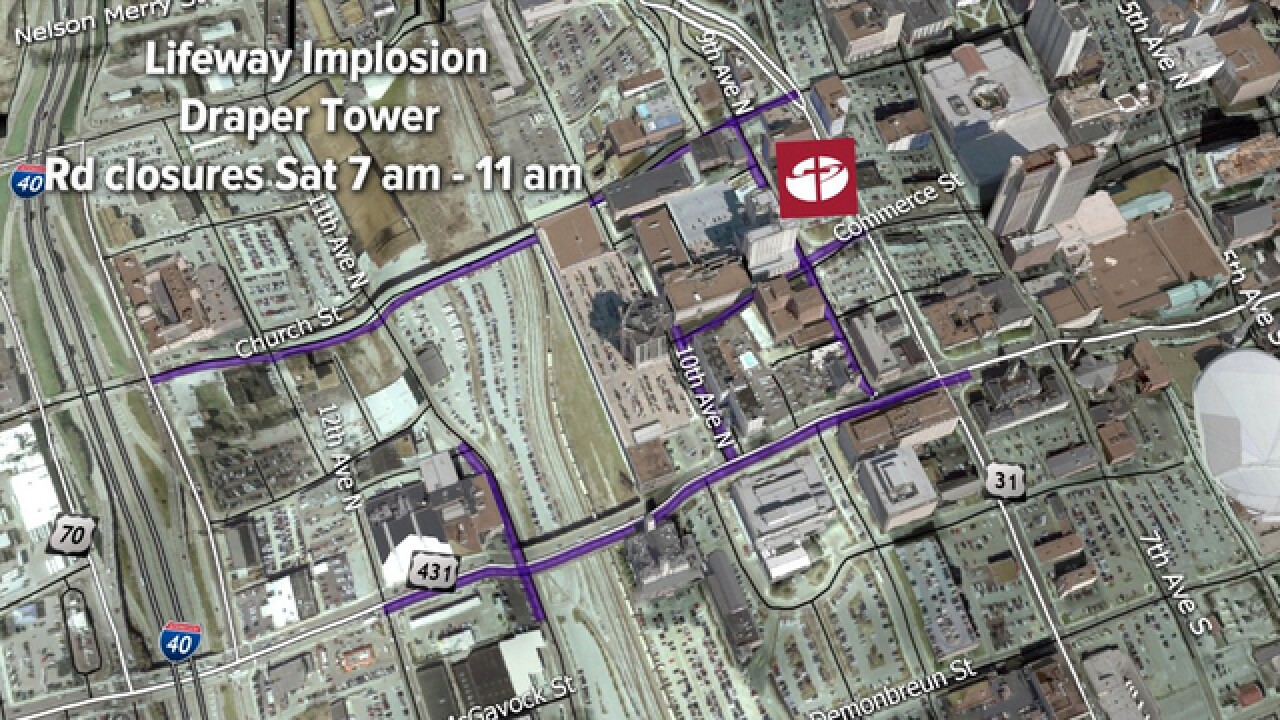 The implosion of the 12-story building is scheduled for 9:30 a.m. Saturday.

600 pounds of explosives and a 700-ft perimeter expected for the Draper Tower implosion tomorrow morning! Broadway, Church and Commerce will shut down for several blocks 7-11 am. Watch the implosion LIVE on @NC5_PLUS ch 5.2 or https://t.co/RWzcGXCJIspic.twitter.com/NGG0UvNvpm

Road closures will be in place before and during the implosion: