Rock falls onto truck on I-65 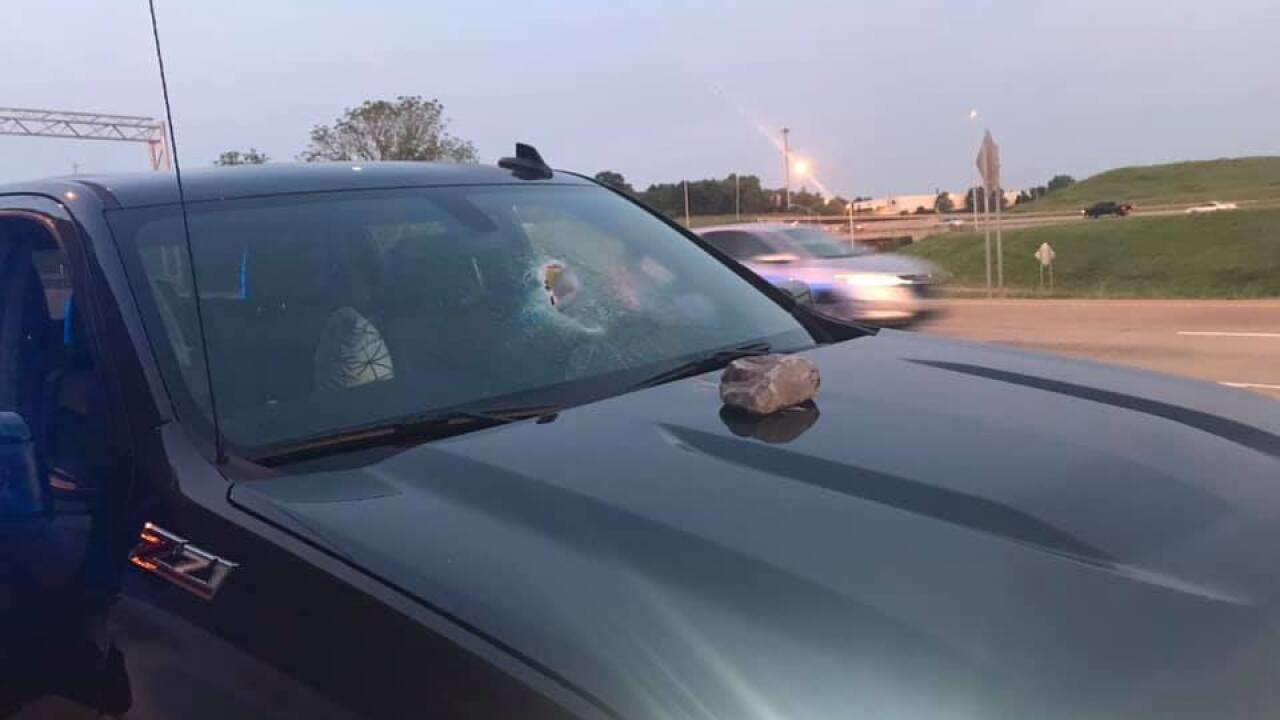 NASHVILLE, Tenn. (WTVF) — Metro Nashville Police are investigating after a rock fell through the windshield of a truck on I-65 Friday morning.

The call came in at about 5:15 a.m. According to a passenger, they were traveling north on I-65 past Trinity Lane when the rock smashed through the windshield.

Thankfully, the five people inside were okay. One of the passengers was a child. The family was on their way to a reunion in Chicago.

In 2018, a man was killed when a piece of concrete was thrown onto his car on I-24 near Shelby Ave.