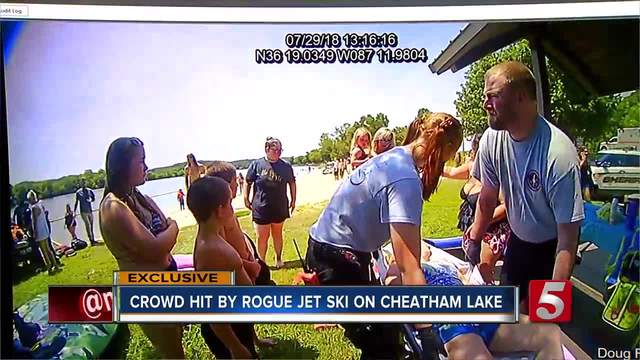 A rogue jet ski ran aground, hitting swimmers, including a 18-year-old Emily Milam, who was hit in the head and seriously injured. 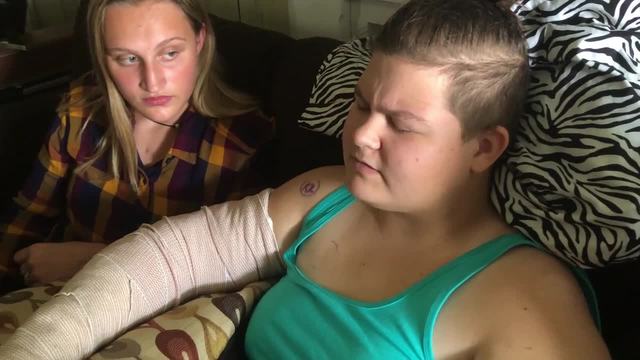 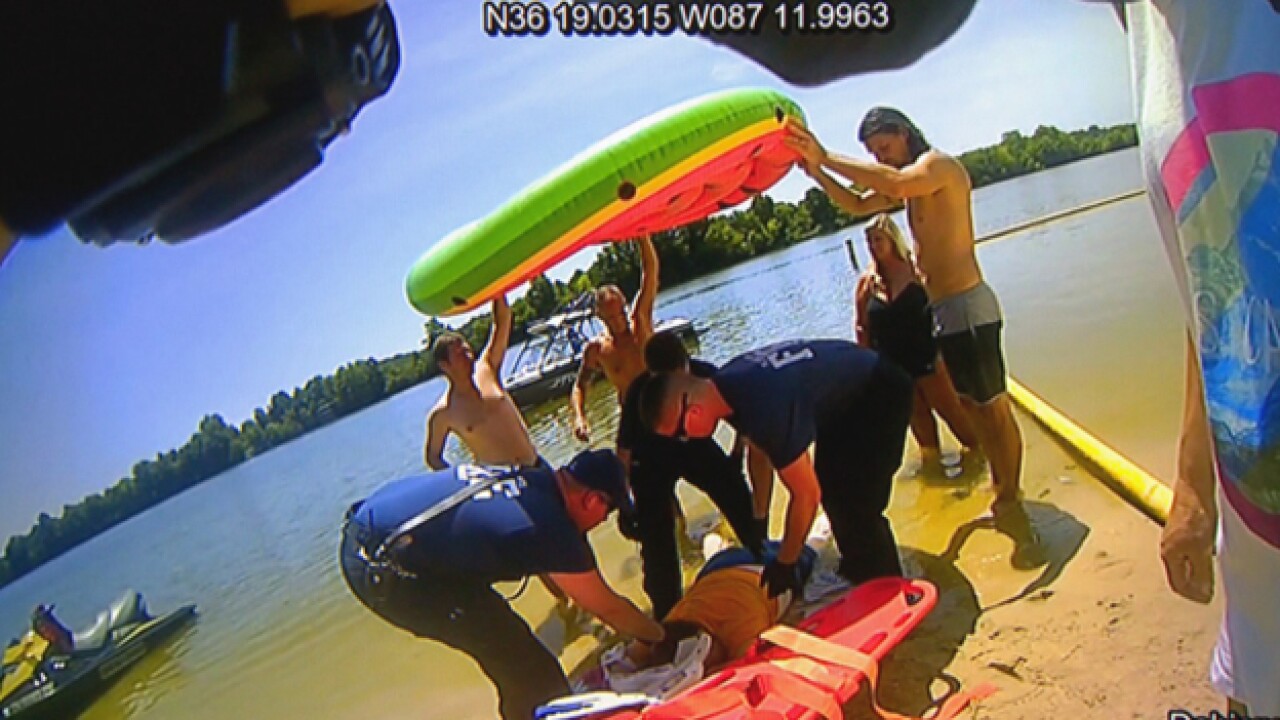 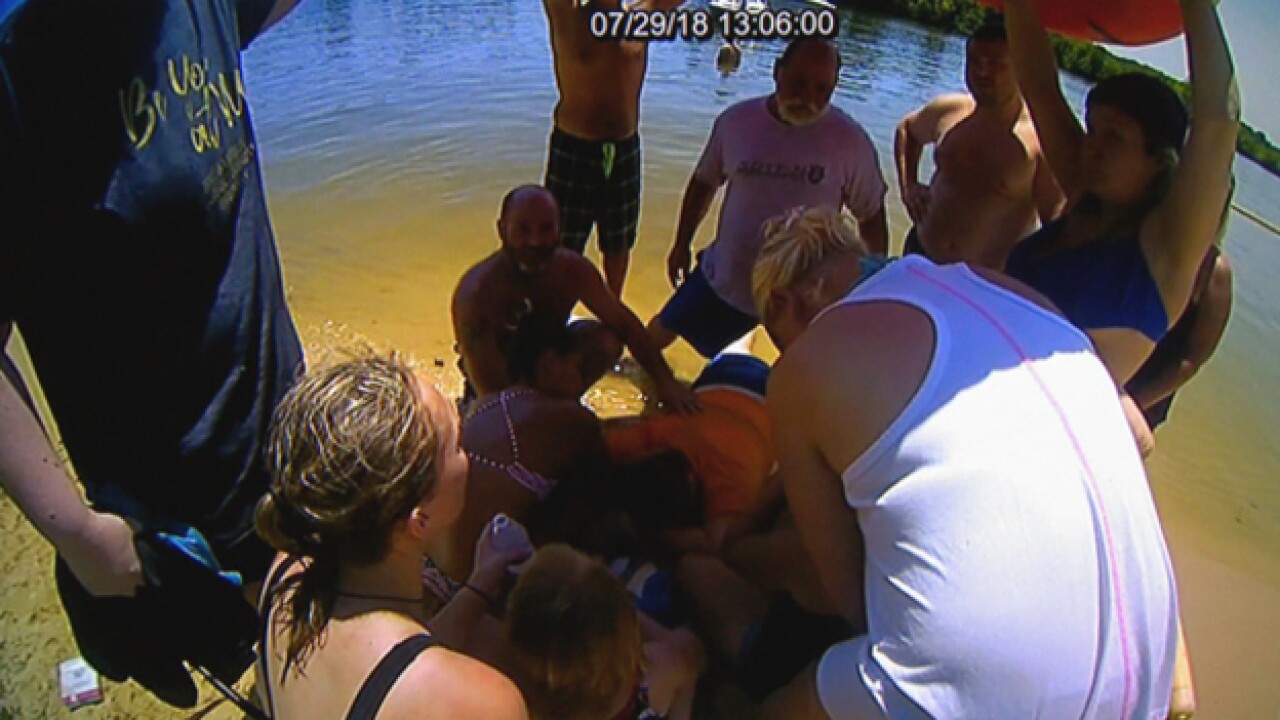 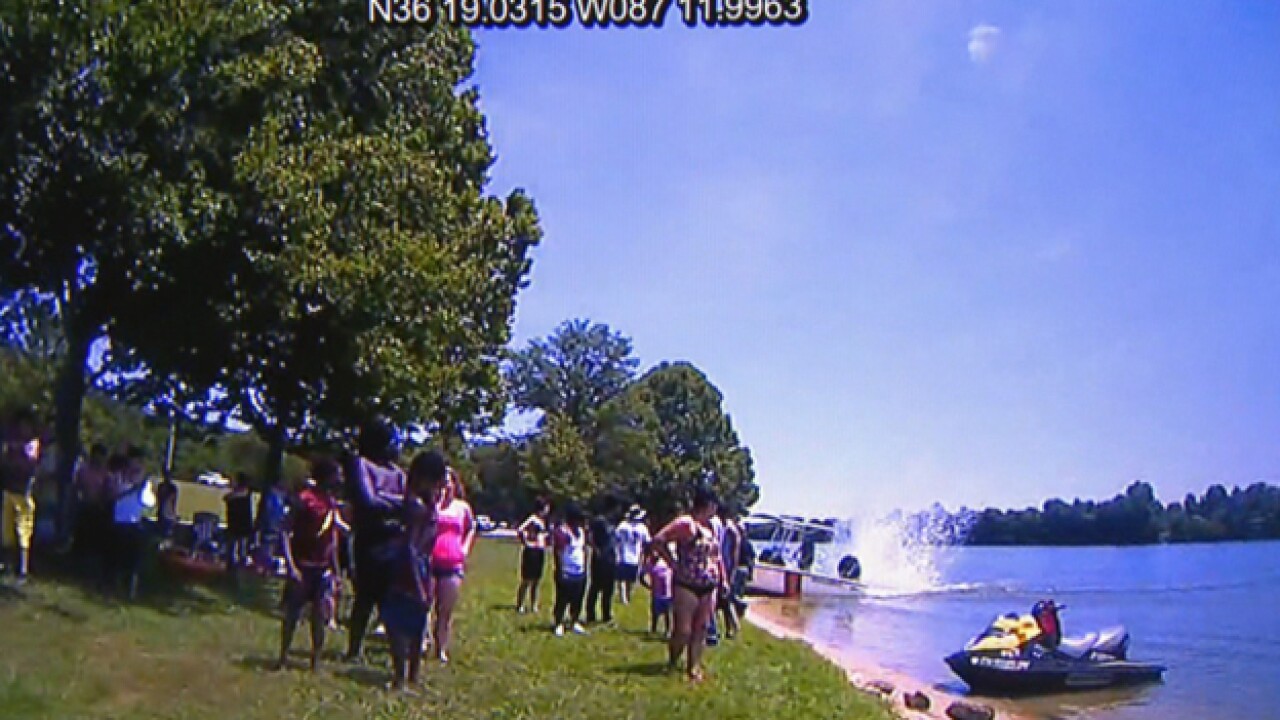 A rogue jet ski ran aground, hitting swimmers, including a 18-year-old Emily Milam, who was hit in the head and seriously injured.

Very few swimmers hit in the head by a speeding jet ski survive to talk about it. Milam knows she was badly hurt, but she can't tell you why?

But Emily's family and friends saw what happened on Cheatham Lake Sunday. A man fell off his jet ski, but the water craft just kept going right into a crowd along the beach.

"It was just coming so fast," said Milam's mother Gloria through tears. "And then she was just laying there."

Emily's friend Samantha Morton was there by her side in the water.

"I just saw her head bust open and fell in the water. There was so much blood," said Morton.

But she got the worst of it.

"I have a broken arm in four places. And I have nine staples in the back of my head," said Emily, who was Lifeflighted to Vanderbilt University Medical Center.

Meanwhile, a deputy chased down the jet ski driver who had walked away from the scene. The confrontation is caught on the deputies camera audio.

"I was getting me a cigarette and my nerves are shot. I didn't mean to hurt nobody," said Terry Merritt, Jr. "So, what happened is you hit people with your jet ski and then you just decided to leave on foot to go somewhere else," asks the deputy?

Under further questioning Terry Merritt Jr. said he was not drinking, but deputies did draw his blood for testing. At this time, he is not charged with any crime, but the investigation remains open.

Aside from checking to see if the jet ski driver was under the influence, TWRA agents will also be examining the kill switch on the watercraft. It's supposed to automatically trigger a stop when the driver falls off the jet ski. That did not happen in this case.