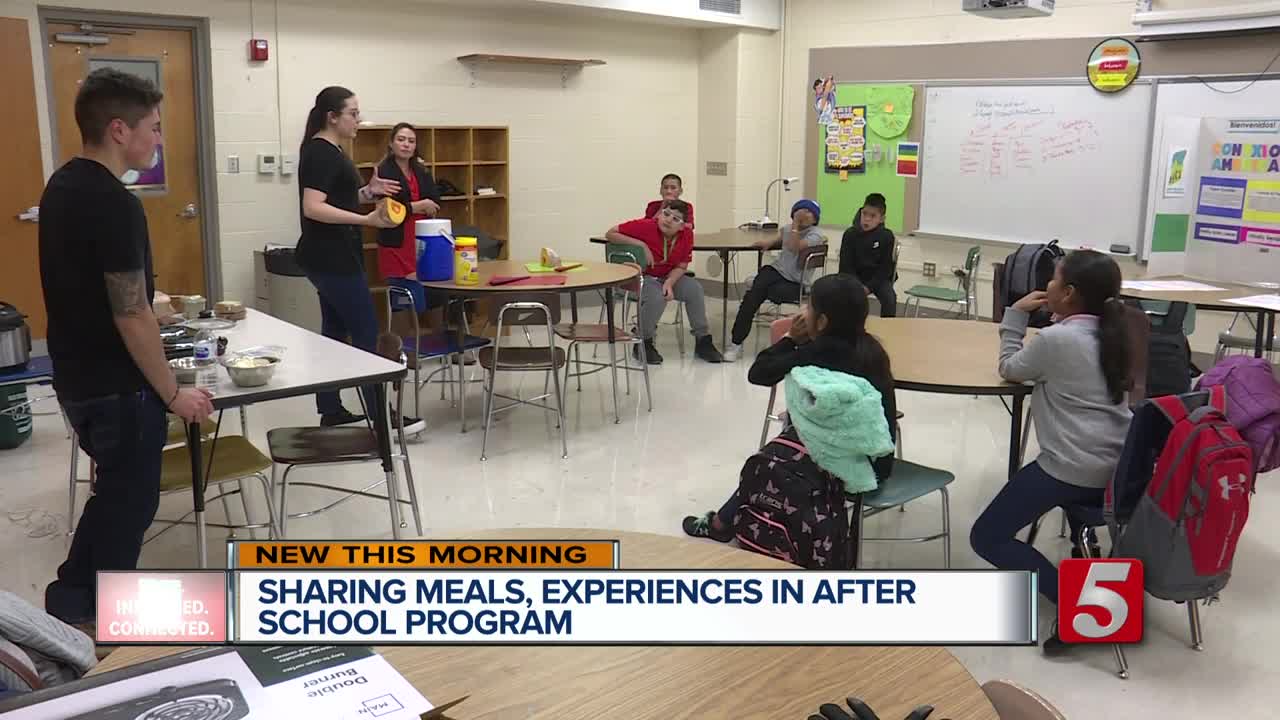 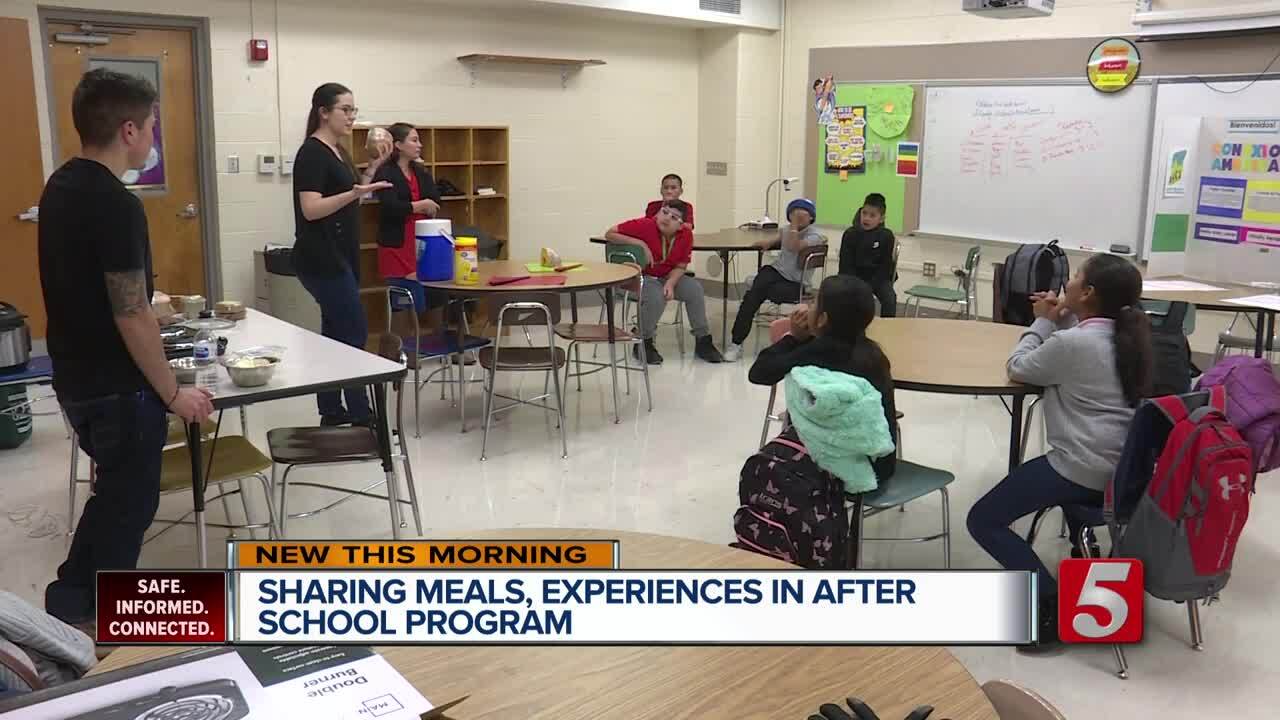 The group of middle school students at Antioch Middle School are enrolled in a Nashville After Zone Alliance/Conexión Américas program designed for Latinx students.

Sazón Nashville has partnered with the program to bring the cooking classes to the students once a week.

"It's almost like a way to distract them into connecting with each other," Keitlyn Alcantara said.

"Food is something that helps them tap into their memories about food traditions that seem like they're lost, but their families are still maintaining in small ways even if they're not the dominant ways," Alcantara said.

Alcantara can relate to the students who she cooks with. She emigrated from Mexico.

"It's really fun to share that. [It helps] them understand [we] have things in common, but they have individual histories, and that's a cool thing to know about yourself," Alcantara said.

By the end of the workshop, Alcantara hopes to have cooked a meal that honors each student's background.

"They are Americanized in a lot of ways, but once you start cooking with them, they see things that are familiar or that they recognize from their grandparents...or from their parents and what they cook with on weekends," Alcantara said.

This is the third year Sazon Nashville has partnered with a school in the Metro School District. Twenty-eight percent or approximately 24,600 students in the district are Latino.