As Nashville Mayor David Briley threatens to ban electric scooters like Bird, Lime, Jump, Bolt and Lyft in Nashville, Metro Police say several people have been arrested on the scooters within the last year. 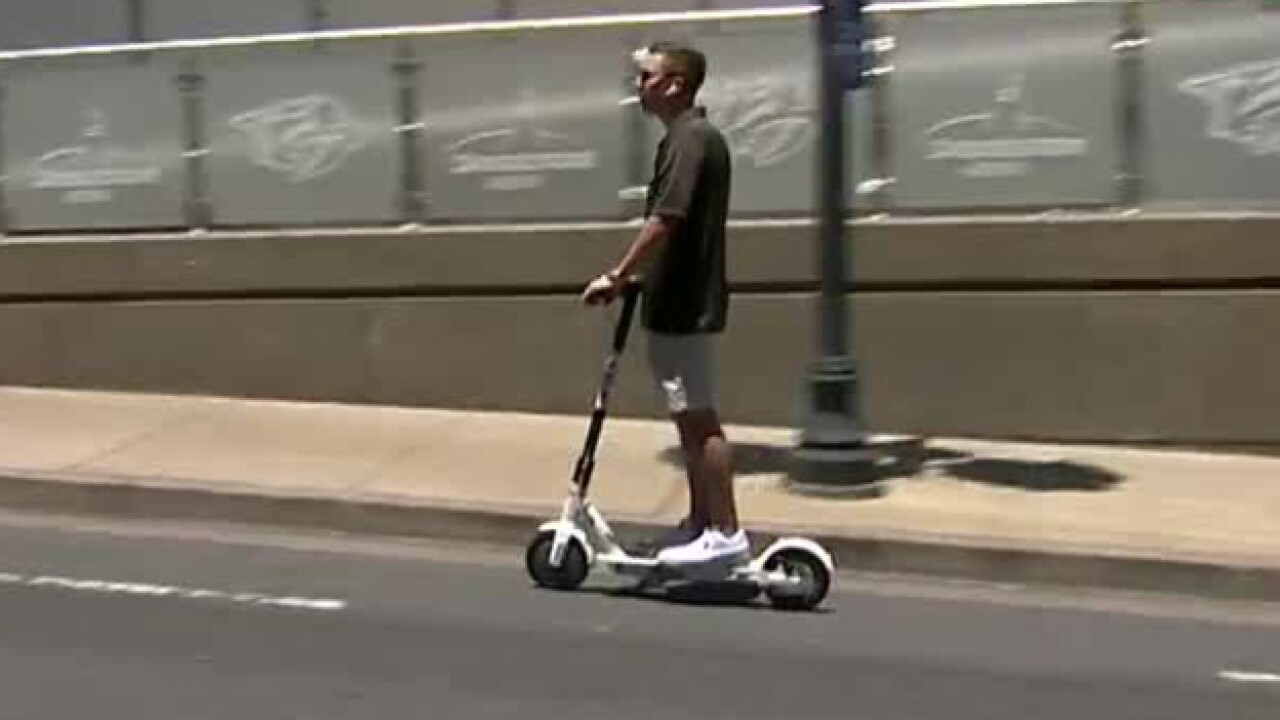 At least two people have been arrested for riding bird scooters on places like I-40 or Ellington parkway.

Others have been arrested for bashing cars using the scooters, or throwing them at people.

And last month, police say Adam Mann was at Ascend Amphitheater when he took a Bird Scooter and used it as a weapon. He hit another man in the head with it. He was charged with aggravated assault.