Semi-Crash Snarls Traffic Along I-40 West

A crash involving a semi-truck caused a delay traffic along Interstate 40 West in Wilson County.

The incident happened around 6 a.m. Friday at mile marker 246 near Tuckers Crossroads, just east of Lebanon.

Details of the crash were not known.

The wrecked tractor trailer was hauling what appeared to be rebar, which slid into the cab of the truck on impact. 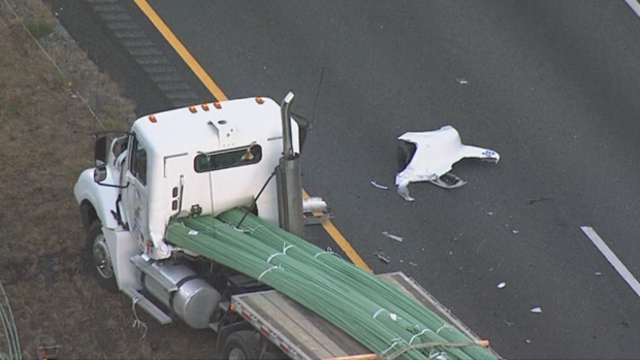 Debris was scattered into the left lane of the roadway. Officials worked to direct traffic around the mess.