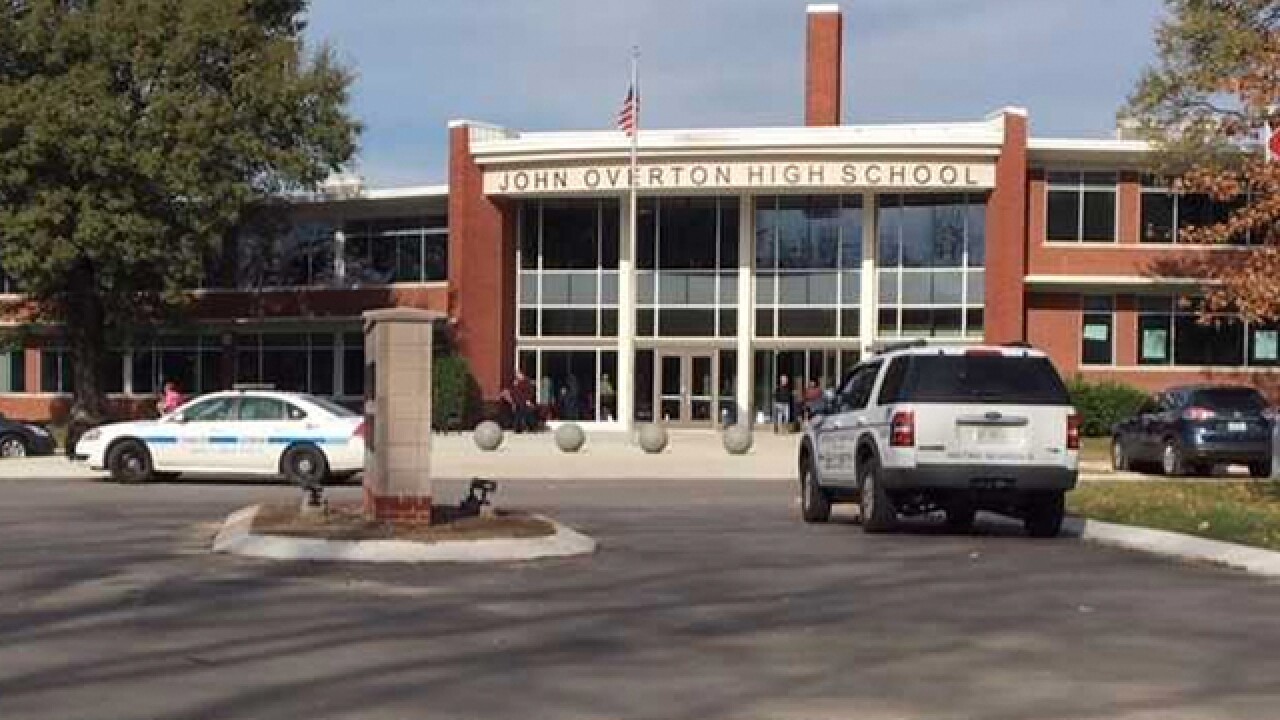 Officers with Metro Nashville Police were called to the school - located on Franklin Road - around 11 a.m. Tuesday after a fight was reported.

Metro Police said 14 juveniles were arrested in the incident, 12 of which were charged with resisting arrest and assaulting officer. Two adult students were also cited with misdemeanor citations for disorderly conduct.

Officials said the 17-year-old put his hand on officer's holstered gun during the struggle.

At this point, it’s not known where the altercation broke out, but officials said it may have started in the cafeteria during lunch.

One female student was taken to an area hospital but it’s unclear if this was related to the fight.