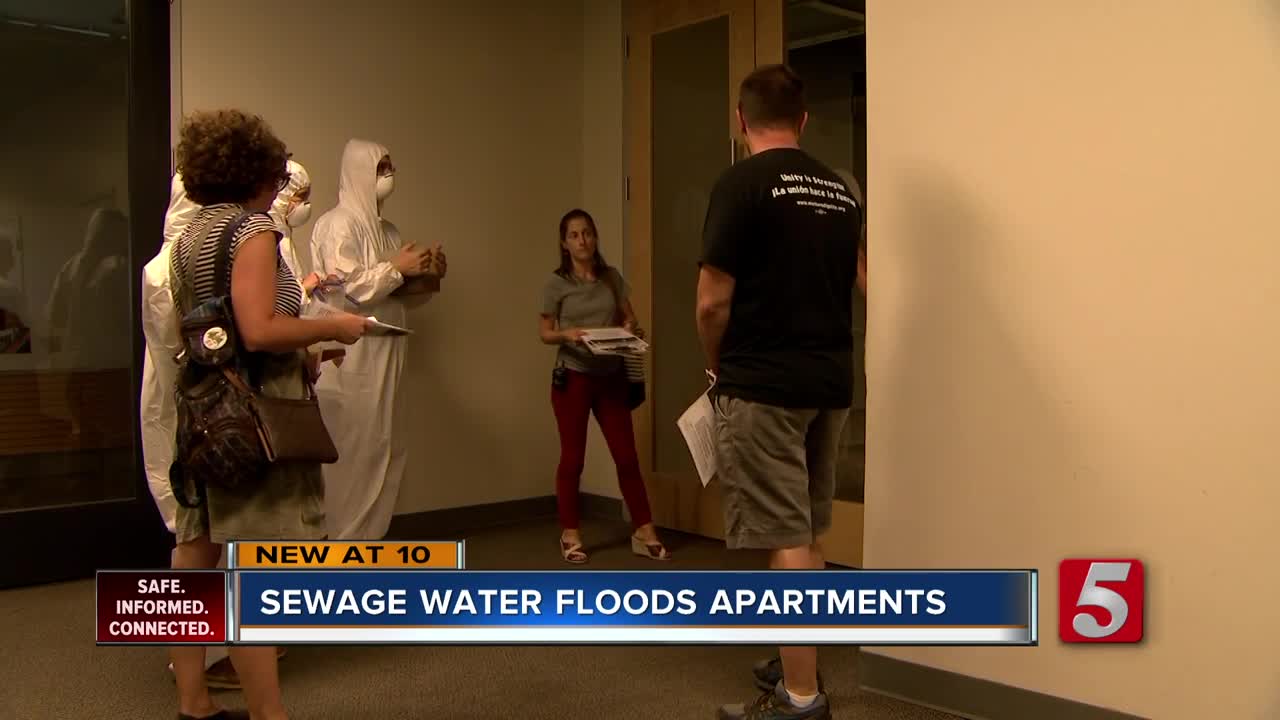 South Nashville residents are forced from their homes after sewage water floods their apartment building. 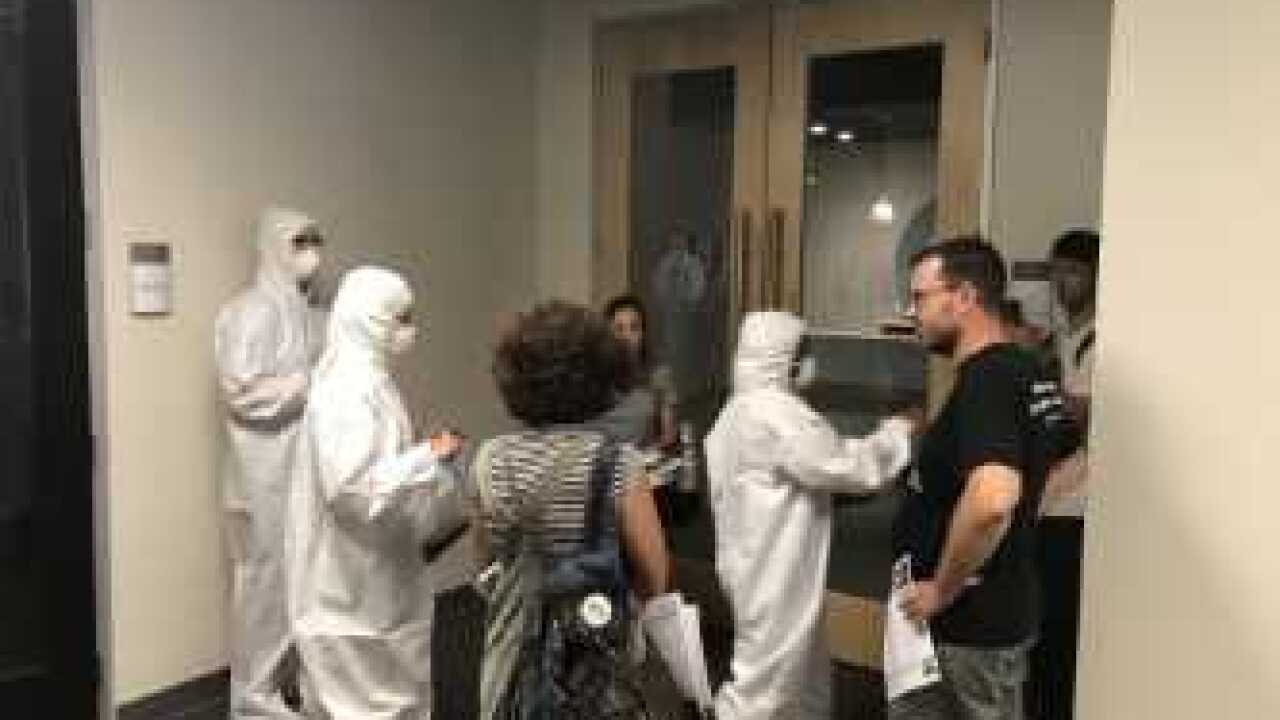 Photos and video of the backed-up sewage water at the Mosaic Apartments on Patricia Drive show flooded hallways and damaged possessions. Residents claim it was four days before the property management company, Elmington Capital Group LLC, responded to address the situation.

Friday afternoon, Members of the People’s Alliance for Transit, Housing and Employment (PATHE) put on hazmat suits and carried mock sewage water while marching to the Elmington Capital Group office in Nashville. They attempted to demand answers from the company, but no one came to the door when they arrived.

“The fact that Elmington thought they could wait four days before responding to a massive maintenance need is just appalling and inhumane,” said Ashley Bachelder, a member of the PATHE Coalition. “We talked to residents, and their belongings are ruined and their homes are a health hazard.”

PATHE members say Elmington Capital Group only responded to the situation after Nashville Noticias posted a video of the sewage water on Facebook. The water has been cleaned up, but PATHE says the company needs to do more to help residents.

“The only solution they have given is if you have a problem, we aren’t holding you here,” said Bachelder.

Bachelder said many residents were afraid of retaliation from the company and were hesitant to speak out about their concerns. She added the overflowing sewage water wasn’t the only major problem residents have experienced at the complex, yet management continues to increase rent.

NewsChannel5 reached out to Elmington Capital Group LLC for a comment on the situation, but they did not respond to our email or phone call.