A Dickson County sheriff’s deputy who was fatally shot while responding to a call was laid to rest Tuesday.

A Dickson County sheriff’s deputy who was fatally shot while responding to a call was laid to rest Tuesday.

The Sheriff's office asked people to line Highway 70 following the funeral for a procession. Hundreds turned out to salute him as the procession passed. 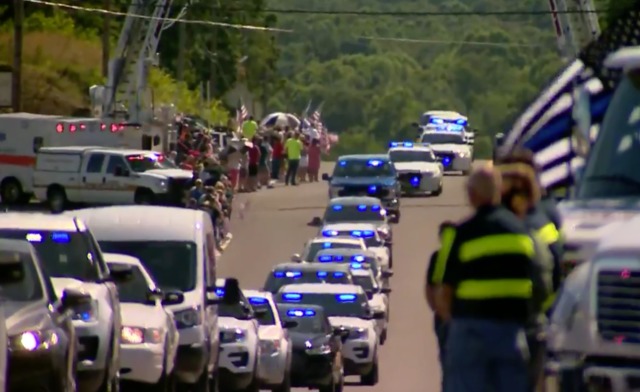 At a visitation on Monday, hundreds filed into the First Baptist Church to pay tribute to him.

The Tennessee Bureau of Investigation says the 32-year-old Baker was found dead in his patrol car Wednesday after responding to a call about a suspicious vehicle.

He is survived by his wife and daughter.

A GoFundMe has been set up to assist Baker's family. Donations can also be made to the Sgt. Daniel Baker Memorial Fund at any Tri-Star Bank location.

A district attorney says the state of Tennessee will seek the death penalty against the two suspects charged in the case.