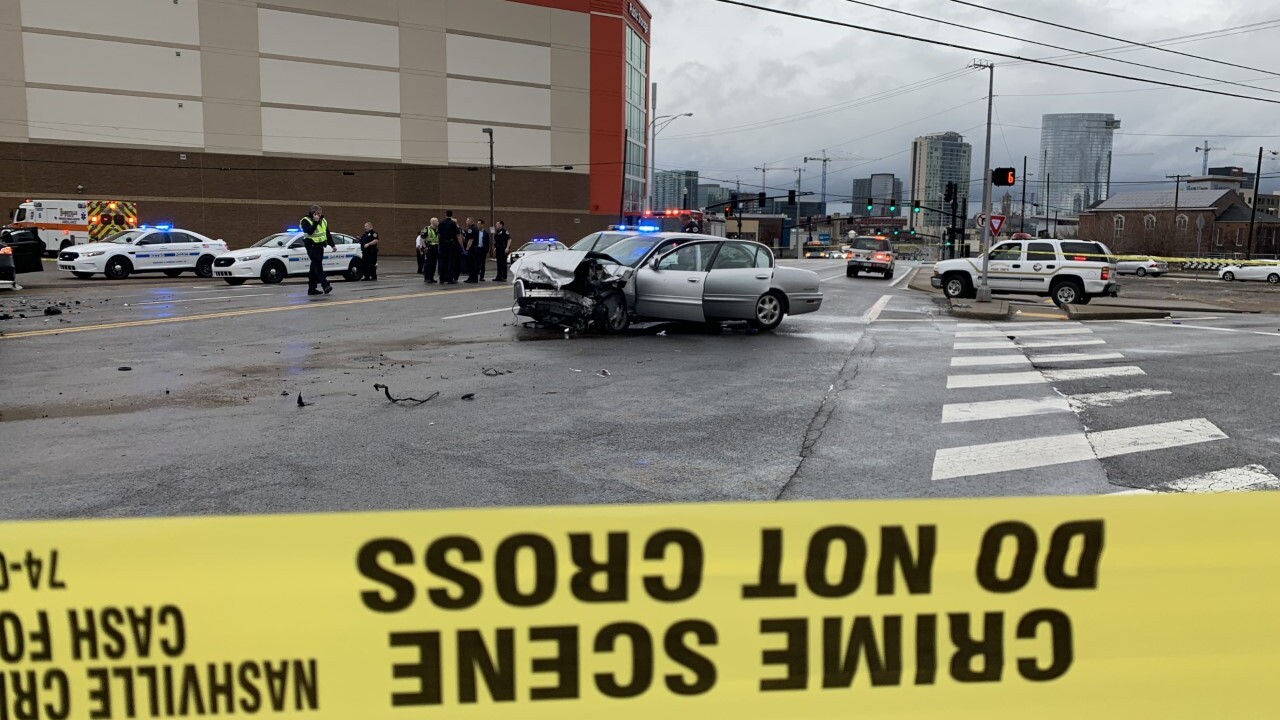 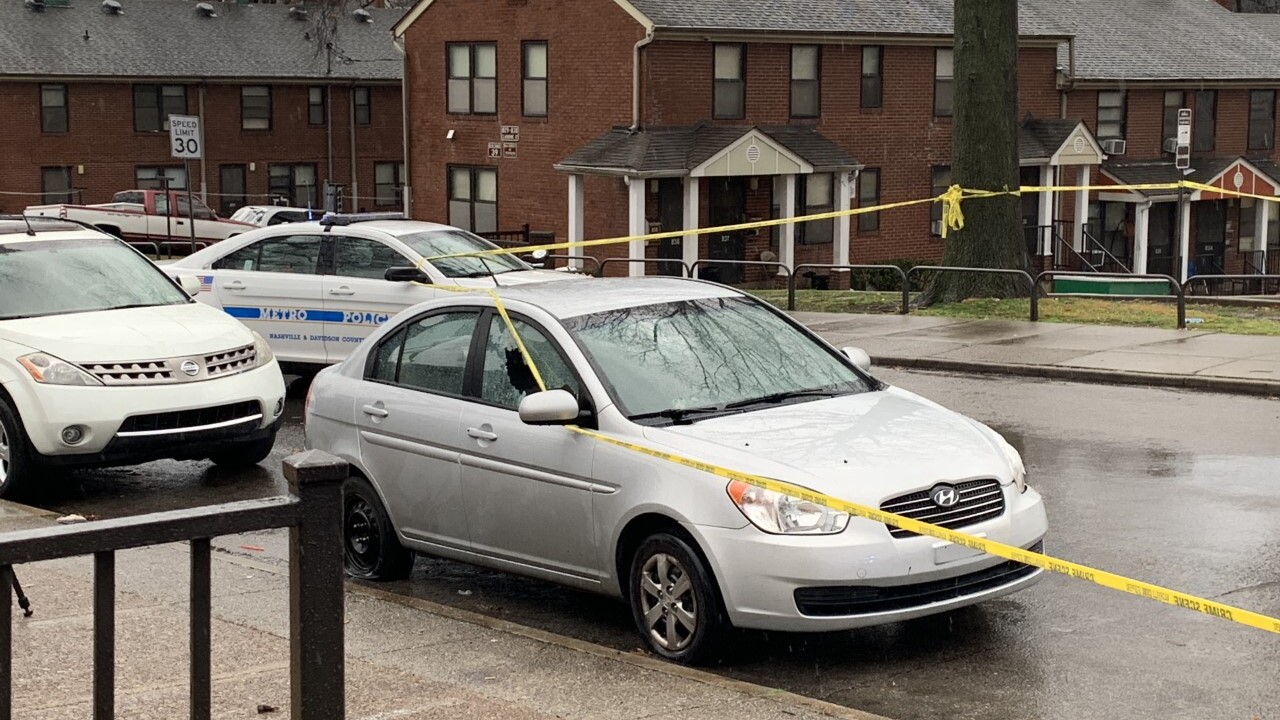 NASHVILLE, Tenn. (WTVF) — A man has died after a shooting led to a crash in downtown Nashville.

Leon Bell Jr., 45, tells officers that during the gunfire, he drove off in a Buick Park Avenue with his head down. He had six passengers, including three children. One of the adults in the car, Bobby Huey, 24, had a gunshot wound to his right arm.

When Bell reached the intersection of Lafayette Street and 4th Avenue South, he ran a red light and crashed into a Nissan Altima driven by Colin Reno, 22.

Reno was taken to Vanderbilt, where he later died. Bell was taken to St. Thomas Midtown with non-life-threatening injuries.