Six amendments on the Davidson County ballot: we break them down 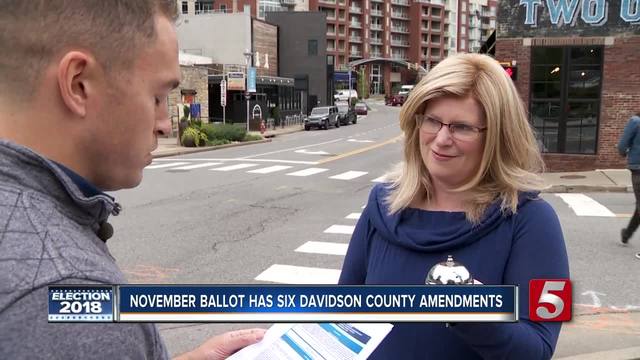 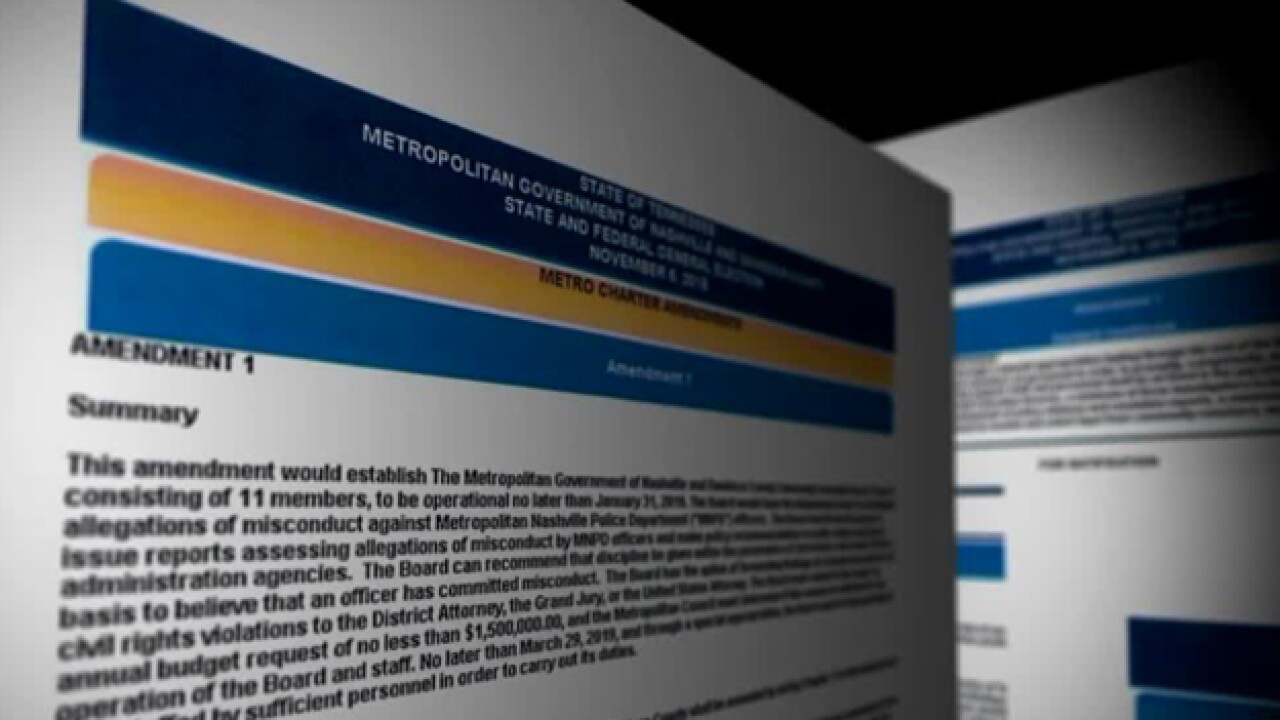 The November election will decide who is the next governor of the state. There are also races for both the senate and house of representative.

However, the Davidson county ballot will be 14 pages at the voting booth and the many amendments to the Metropolitan Charter are featured in their entirety.

"The ballot is supposed to speak for itself," said Davidson County Election Commission Administrator Jeff Roberts. "That's why we advise the citizens, read your sample ballot, get familiar with the product. Because when you show up on election day, our poll officials will not be able to assist you in any form or fashion as to what is amendment number two, what does it mean, or anything like that."

To help voters understand what will be on the ballot, the election commission has posted the ballot on their website.

NewsChannel 5's political analyst Pat Nolan breaks down amendments that may be difficult for voters to understand.

Amendment one on the ballot would establish a community oversight board that would have the power to investigate allegations of misconduct against the Metro Police Department. NewsChannel5 will have more in depth coverage of this amendment as the voting period begins.

Amendment two would set a procedure if the mayor's seat is vacant and for some reason the vice mayor can't or won't fill the seat.

"This is one of two charter amendments that would probably grow out of what would happen last year with the resignation of Mayor Barry and the succession of then Vice Mayor Briley to be mayor until there was a special election held," said Nolan.

In such a case, the metro council would elect their own temporary mayor who would be prohibited from seeking election in the next mayor or vice mayor election.

Amendment five would change the term limits for council members from two terms to three.

"There's a move across the country to do more gender neutral pronouns within government documents. I suspect some people think that will be a good idea, therefore I would lean to thinking it would probably pass, but there are people who see that as too much political correctness," said Nolan.