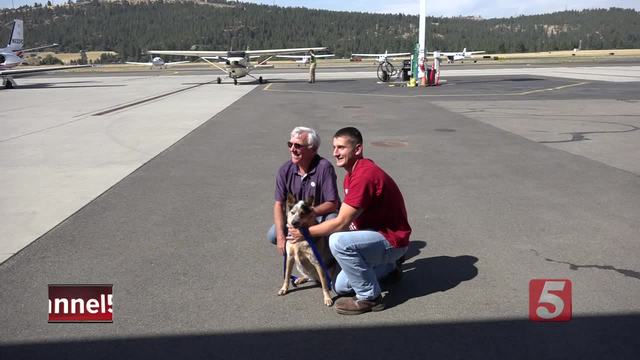 Volunteer pilots flew a dog from Springfield to Spokane in order to reunite him with his owner, a soldier returning from deployment. 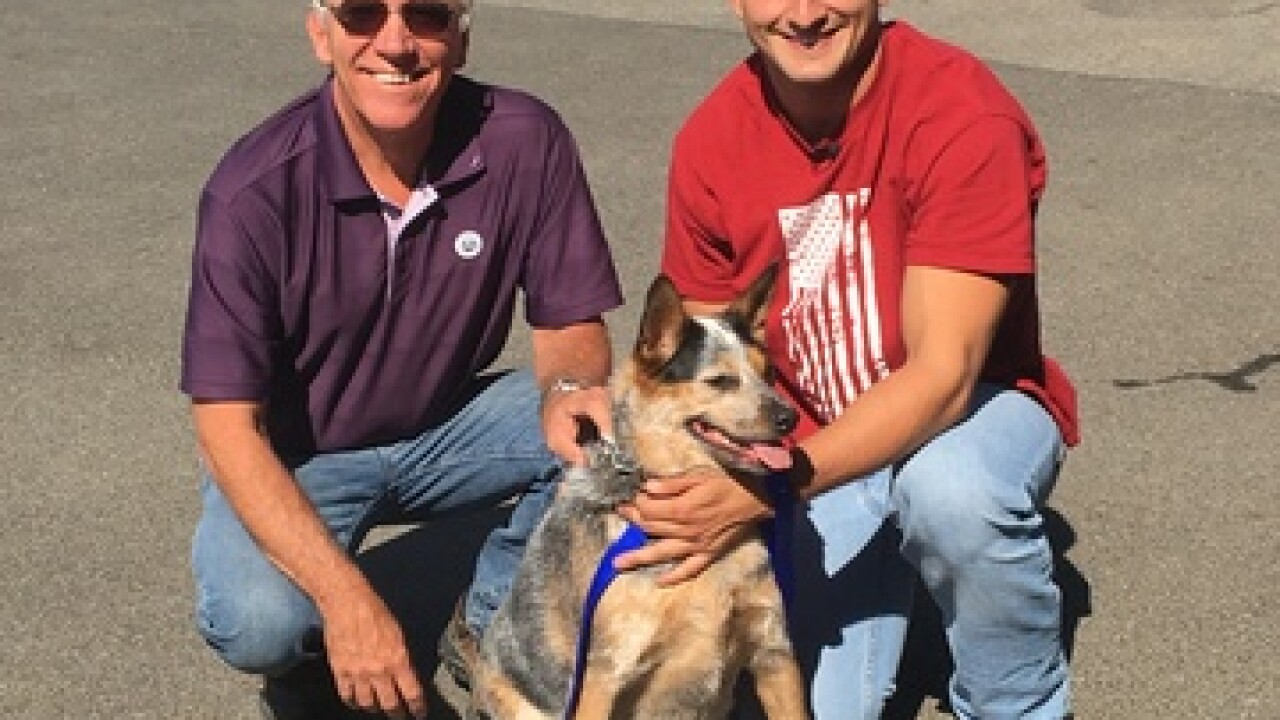 Dogs aren’t typically known to fly but last Friday afternoon at the Robertson County Airport, a three-year-old dog named Blue took to the skies, courtesy of volunteer pilots determined to get her home to Washington state where her owner was anxious waiting.

“This seems like a dream,” says Mitzi Fawley who has been taking care of Blue for the last nine months.

Mitzi’s son Andrew is a Senior Airman with the U.S. Air Force, she hasn’t seen him in months, but in his absence, Mitzi promised her son she’d take care of his dog until he returned from his deployment.

“When he knew he was gonna be deployed, he said ‘ya’ll are gonna be granparents to Blue for a while,” she recalled.

Andrew returned safely from Qatar a few weeks ago, but Mitzi quickly realized that getting Blue to her son, who is stationed in Spokane, Washington, would not be an easy task.

Plane tickets to fly blue commercially were more than $2,000 and Mitzi didn’t want to send her son’s best friend across the country alone in the bottom of a plane. So she reached out to Keely’s Friends Dog Rescue for Help.

They in turn contacted the national organization Pilots N Paws, a network of volunteer pilots who regularly fly dogs around the country who have been adopted from a shelter.

However, the trip home for Blue wasn’t quite as easy. The organization had to find three different pilots to get Blue first from Tennessee to Illinois, then from Illinois to Nebraska and finally on to Spokane.

The trip stretched more than 1,700 nautical miles and took the better part of an entire day. But as she stepped off a private jet in Spokane, Washington, Blue quickly realized she was home.

“Come here Blue,” her owner Andrew could be heard calling from the Tarmac.

As Blue sprinted toward her Andrew, a sudden rush of recognition accompanied by the loving licks of a dog who had finally been reunited with her owner.

Andrew Fawley only had these words, “I’m really happy having my best friend back.”