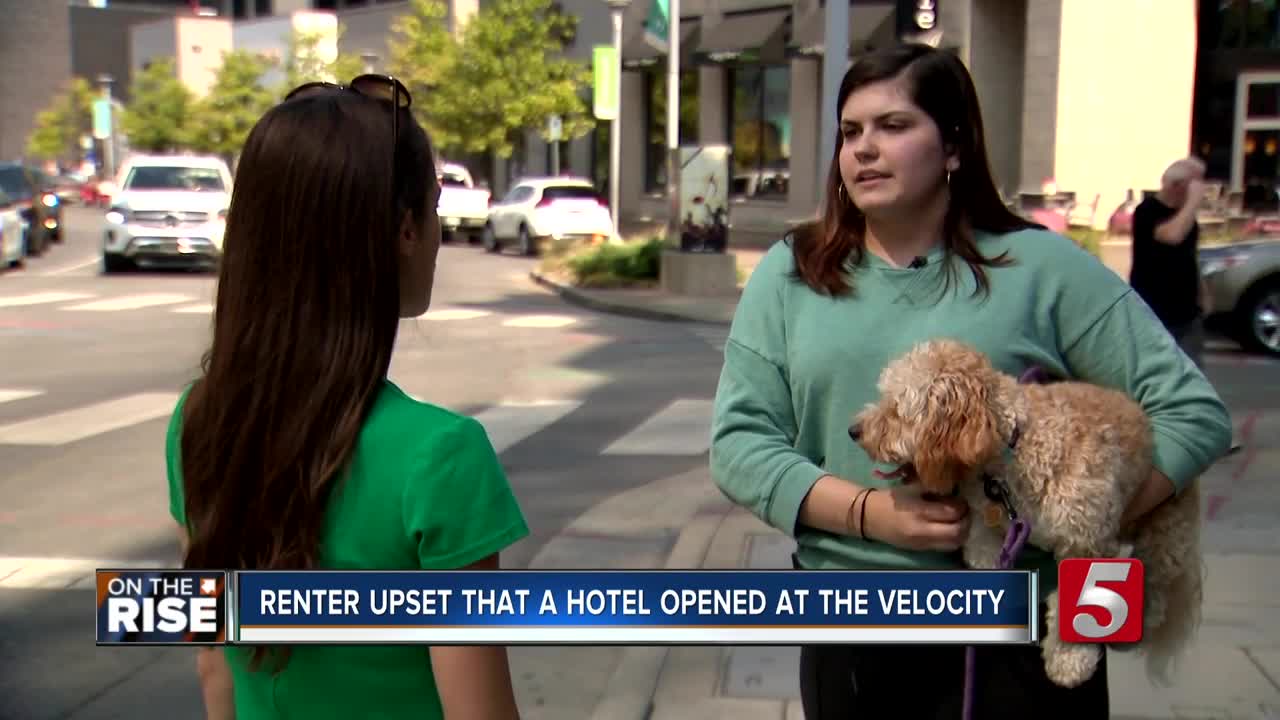 The gulch is a top tourist destination, and now people who like the neighborhood, can stay at a hotel which is located at The Velocity. Amanda Paramore said she was blindsided by it as she thought she would be living in an apartment community. 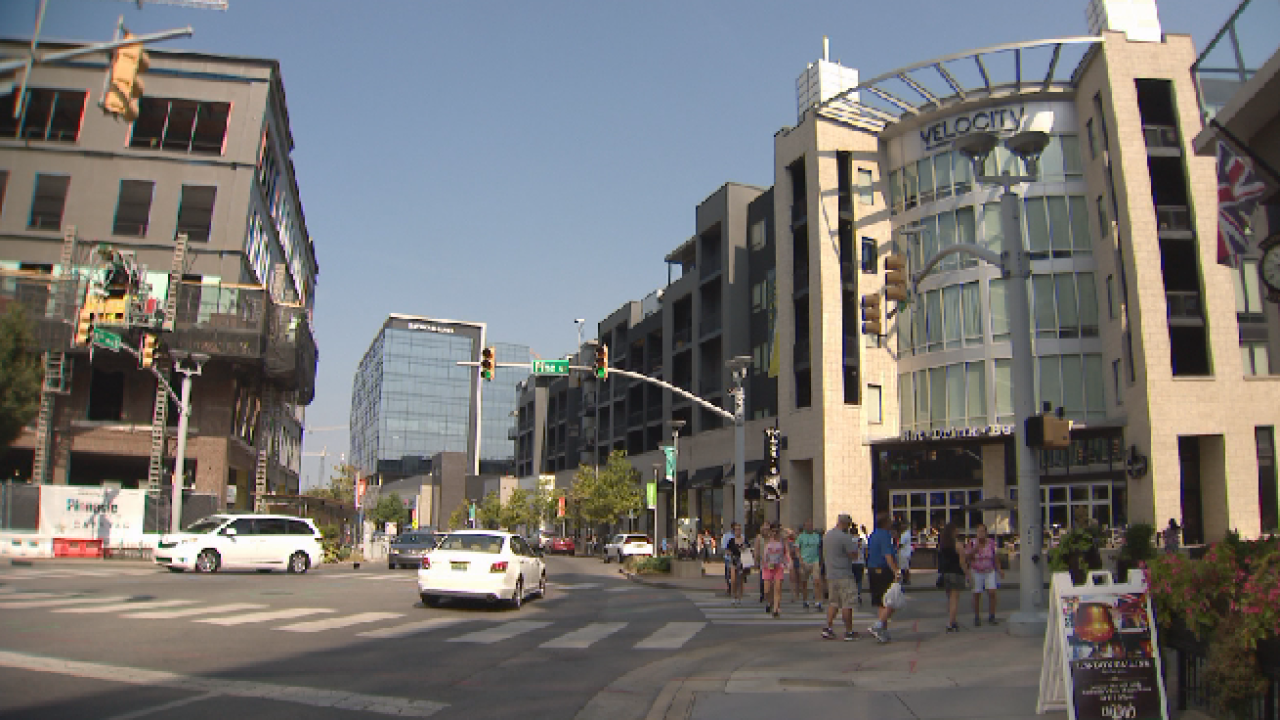 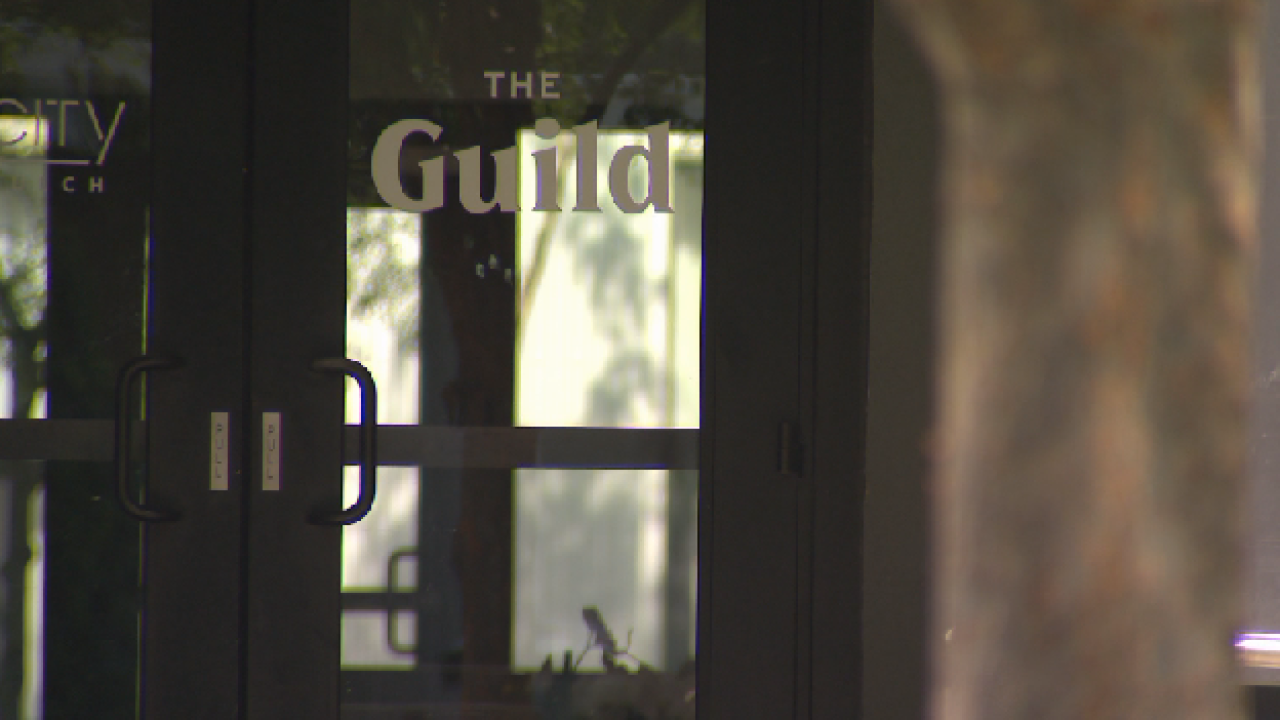 NASHVILLE, Tenn. (WTVF) — Some renters at The Velocity are upset after a hotel opened up on the third floor.

The gulch is a top tourist destination, and now people who like the neighborhood, can stay at a hotel which is located at The Velocity. Amanda Paramore said she was blindsided by it as she thought she would be living in an apartment community.

"They weren't telling the residents about it, if I asked about it, they said they couldn't because of a lease negotiation because just like they can't tell people I live there, they couldn't tell us about the hotel," Paramore said.

Paramore signed her lease in March. Then she received an email confirming that The Guild was her new neighbor.

"This quality of life is absolutely ridiculous for the amount that I'm paying. They're being very underhanded, very sneaky, and I know people who have moved in in the past few months, and they didn't know about The Guild," Paramore said.

The Guild opened in July. People staying at the hotel let themselves in by keypad access. The rooms are listed on several websites, and one had it listed for $139 a night. The company initially did not want to do an on-camera interview because they told NewsChannel 5's Alexandra Koehn in an email that they were still working on "operational things internally."

"I've had people knocking on my door at 1a.m.," Paramore said, "So I invested in an alarm system which I shouldn't have to do because we're guaranteed security, but there's no security."

Amanda said some of the hotel guests have disturbed her too.

"And then I got cat-called outside of my apartment and I said, 'This is ridiculous!'" Paramore said.

After multiple calls to management, Amanda said she's been trying to get out of her lease.

"I've never been one to come on the news and leave bad reviews, but it's not like they made me decaf when I asked for regular. This is hundreds of dollars, like this is so much money that I'm just handing to them," Paramore said.

A manager at The Velocity said they have no comment.

We reached back out to The Guild about the concerns. They may issue a statement, so If we get one, we will post it here.