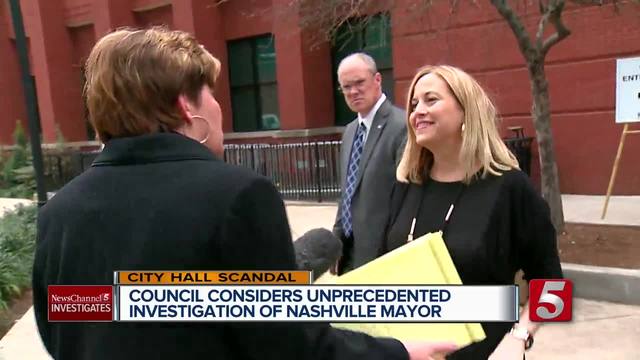 The chair of Metro's Budget and Finance Committee told NewsChannel 5 that she will introduce a resolution on Monday to create a special committee that would investigate the overtime salary of Sergeant Rob Forrest. 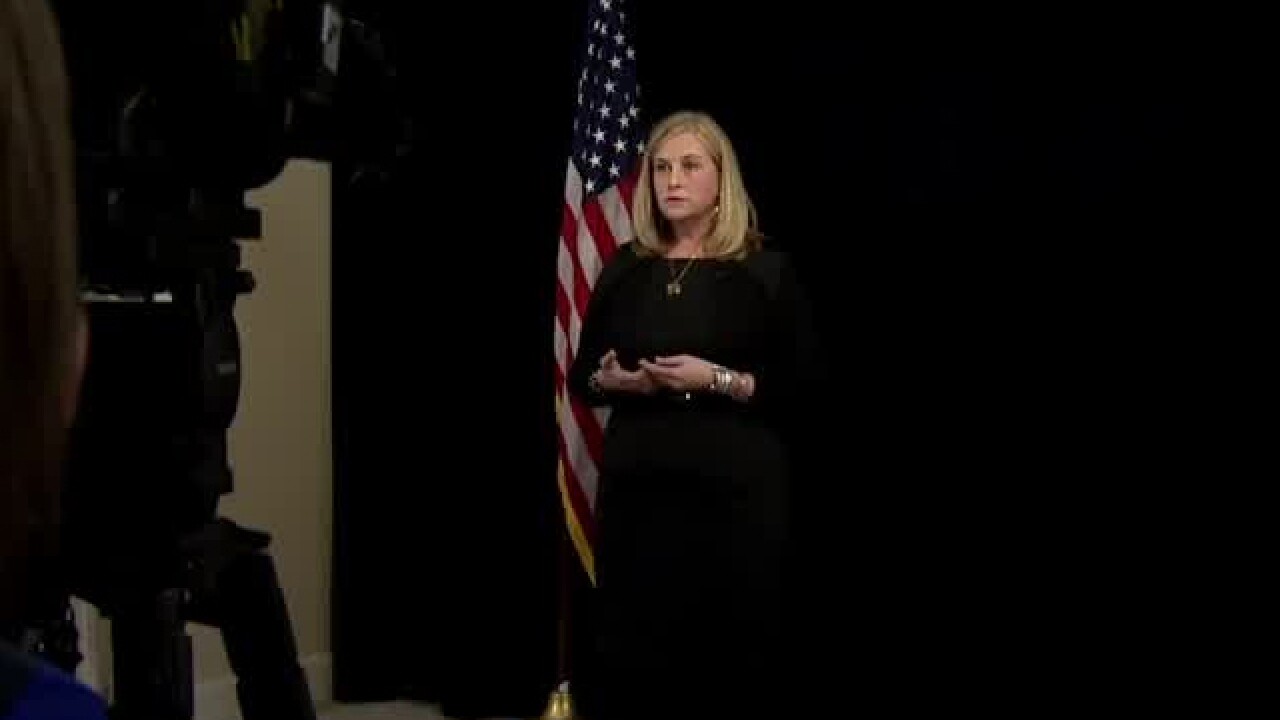 The Metro Council is preparing for what could be an unprecedented investigation of Nashville's mayor.

They want to know whether Megan Barry abused taxpayer money in her two-year affair with her police bodyguard. That comes just days after NewsChannel 5 first raised questions about the relationship.

Metro Council Member Tanaka Vercher, who heads the Council's budget committee, confirmed Friday that she is preparing to file a resolution to establish a special committee to investigate the mayor's use of your money.

Vercher said the focus of that committee will not be on Barry's admitted affair with police Sergeant Rob Forrest.

Instead, she explained, it will focus on questions about potentially excessive overtime, as well as his travel expenses.

"Right now, public trust has been broken," Vercher added. "The intent of establishing a special committee is to regain that trust."

It turns out, the death of the mayor's son may have played a role in one of those trips.

Among the trips taken by Barry and Forrest that's raised eyebrows among some was one last fall to Kansas City.

The mayor's calendar shows that, on August 31st, she flew out of Nashville.

That's Kansas City's Major League Soccer venue. Nashville, of course, was in the chase for its own franchise.

Next, Barry's calendar shows a lunch with Mayor Sly James -- and his office confirms it happened.

Then, a tour of the city's transit system.

And, later that night, there was a dinner at a restaurant in nearby Overland Park.

That's where Barry is from, and her spokesperson told NewsChannel 5 Investigates that she stayed with her mother.

The next day, the calendar shows no formal events, causing some to question why Barry and Forrest would need to stay over.

It turns out, the trip came about a month after the death of her son, Max.

And her family used that time, according to the mayor's spokesperson, for a private gathering to remember Max.

Forrest did not charge taxpayers for that Saturday, although the city did pay for his flight to and from Kansas City, as well as his hotel.

He also billed taxpayers for six hours overtime on the day that he escorted the mayor back to Nashville.

Right now, it appears that the mayor paid her own expenses.

Meanwhile, she's fighting off persistent rumors, circulating in local political circles and in social media, about other affairs with Metro employees.

Friday, her personal lawyer sent a strongly worded letter to media outlets insisting, quote, "there are no other inappropriate relationships, and any allegations or implications otherwise are patently false."