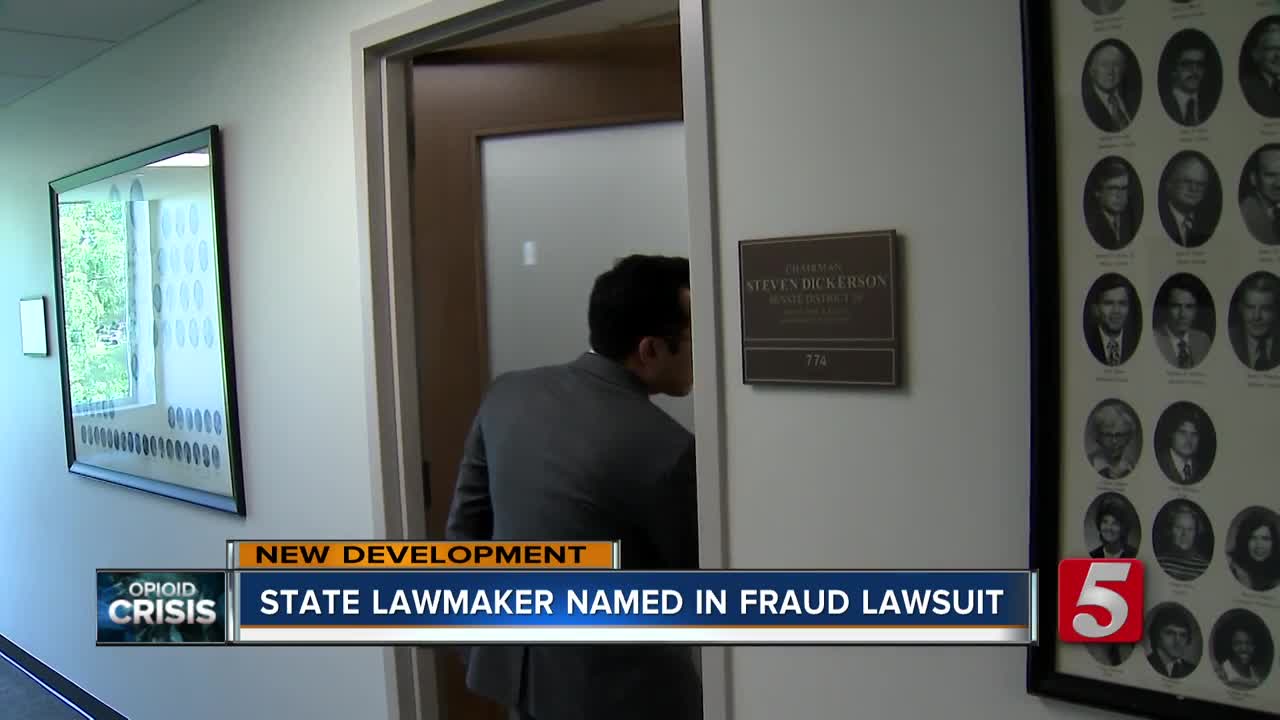 Several lawsuits filed by former employees of CPS were unsealed on Tuesday, accusing the company's leaders including co-founder and Tennessee lawmaker Senator Steve Dickerson, R-Nashville, of a fraud scheme.

NASHVILLE, Tenn. (WTVF) — One of the largest pain management companies in the country may have shuttered its doors but legal troubles and allegations of fraud linger.

Several lawsuits filed by former employees of Comprehensive Pain Specialists or CPS were unsealed on Tuesday, accusing the company's leaders including co-founder and Tennessee lawmaker Senator Steve Dickerson, R-Nashville, of a fraud scheme. They allegedly made millions of dollars in payments from Medicare and violating the False Claims Act.

CPS was founded in Brentwood in 2005 and quickly expanded to 60 locations in 11 states.

Suzanne Alt of Missouri is a former CMS employee who alleges in the main complaint that the company made false claims for lab tests that were not needed. The court document said she "was personally told to increase the frequency of the drug screens" that were most costly instead of a cheaper alternative.

She claimed that providers were pushed to use unnecessary urine tests on each patient, every time, despite medical history, compliance and risk, and that it was the "CPS way."

CPS was billing at or around 600 drug screens each day, according to federal court documents.

There was allegedly an incentive for providers to bill more, which continually perpetuated the scheme.

Alt said she was also fired about a month after she tried to stop the company from submitting false claims for "unnecessary full panel drug tests."

"If he [Dickerson] is actually involved, that's just crazy," Michelle Helzer, a former CPS patient, told NewsChannel 5. "To think somebody in power like that can do that, and it makes the rest of trying to get help struggle."

Helzer is one of the tens of thousands of patients left in the dark after CPS closed abruptly last year. The company cited "challenges of shrinking reimbursement and escalating costs." However, it was difficult for many chronic pain patients to find a different provider and receive their medical records.

"I paid the fees, I submitted all my paperwork and still never received any of my medical records for those four or five years I was there," Helzer added.

She remembers having to take urine tests, although she seemed suspicious.

"I thought the urine test every month was normal but when I would ask what they were testing for and how my results came back I never got answers back for that," she said.

The lawsuits have been consolidated into one case, and although the main complaint does not specifically mention the lawmaker, Dickerson is named in one of the suits alongisde co-founder Dr. Peter Kroll and former CEO John Davis. Earlier this month, Davis was found guilty for a kickback scheme invovling about $4 million in tainted durable medical equipment (DME) claims to Medicare.