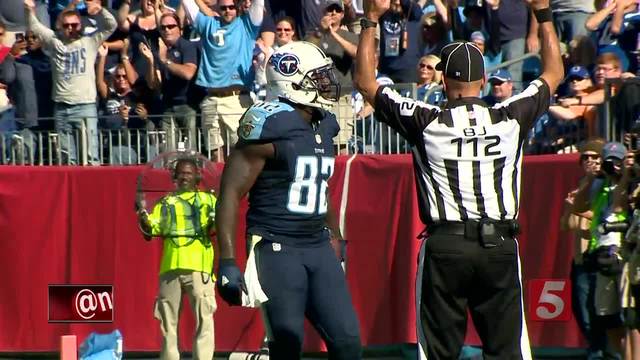 Unlike teammate Taylor Lewan, Delanie Walker had no special suit picked out and no special entrance music or gimmicks when he met the press Saturday after signing his contract extension with the Titans. Truth be told, Walker was just happy to be able to sign the new deal and report to training camp after a harrowing experience the day before training camp. 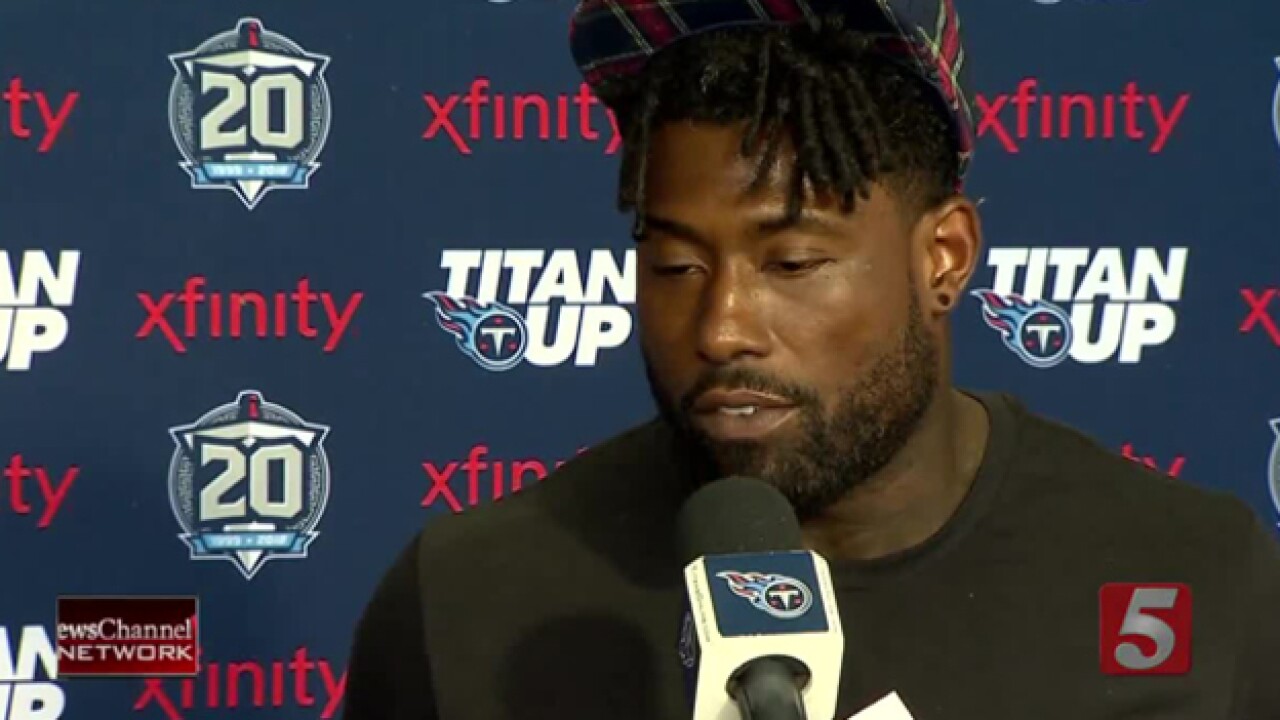 Unlike teammate Taylor Lewan, Delanie Walker had no special suit picked out and no special entrance music or gimmicks when he met the press Saturday after signing his contract extension with the Titans. Truth be told, Walker was just happy to be able to sign the new deal and report to training camp after a harrowing experience the day before training camp.

Walker was driving in downtown Nashville near the intersection of 3rd Avenue and Union when a tractor trailer ran over his Lamborghini, pinning Walker until a bystander alerted the unaware driver of the 18-wheeler that he needed to stop. The car was totaled, but miraculously the Pro Bowl tight end emerged unscathed.

“I was actually under the tractor, so pretty dangerous,” Walker said. “Someone stopped him, thank God. If that person is listening or see this interview, thank you for stopping the guy because he was still going. He didn’t see me at all.”

Despite getting the scare of his life on July 24th, Walker reported to St. Thomas Sports Park the very next day for the start of training camp. He was all smiles, as always, when he then took the practice field for the start of his 13th NFL season.

“I hear a lot of guys saying I’m taking stuff and ‘what am I taking’ because they need it, but all jokes aside they want to know what I’m doing and how I keep being able to come out here year after year and play the way I play,” Walker said. “The message is just take care of your body and just know that it’s a kid’s game. I feel like a kid every time I step on the field.

Walker was an overlooked college talent at lower level Central Missouri. Despite a Hall of Fame college career he was selected in just the sixth round of the 2006 NFL Draft.

He found a home in San Francisco as a backup to All-Pro Tight End Vernon Davis with the 49ers. He was a key part in their run to Super Bowl XLII in 2012, but never had more than 29 catches in his first seven seasons in the league. Walker then bet on himself in free agency in 2013, leaving the 49ers to sign with the Titans, believing that if given the opportunity he could become a primary offensive weapon.

“That’s why I stepped away from the 49ers,” Walker said. “They loved me there, they gave me the opportunity to play, but I didn’t see myself being that guy that I wanted to be knowing that I could be a dominant starter in this league, and the Titans gave me that opportunity.”

Walker hasn’t disappointed since signing in Tennessee. He more than doubled his previous career-high with 60 catches in his first season with the Titans. Over the past five seasons he’s caught 356 balls for 4,156 yards and 26 touchdown.

He’s one of just two NFL tight ends, along with Kansas City’s Travis Kelce, to have more than 800 yards receiving in each of the past four seasons. It’s that type of play that has earned Walker not one, but two contract extensions with the Titans. The latest one signed Friday is for two years and $17 million, locking him up through 2020.

Walker will be 36 then, but, at least so far, he shows no signs of slowing down.

“It’s funny Supernaw asked me, ‘your body don’t hurt?’ and I said, ‘man, I don’t feel anything,’” Walker said. “As long as I continue to feel like that I think I can play as long as the organization wants me or until the NFL tells me they don’t want me in the league anymore, then I’ll stop. But they’re going to have to boot me out because it’s going to be tough.”

He’s been instrumental in helping turn the Titans around, but despite the team reaching the playoffs for the first time in nine years last season Walker enters 2018 hungry for even more.

He also has a healthy dose of perspective to go along with a new appreciation for his life and his career following that near-tragedy on the eve of camp.

“Thankfully it wasn’t nothing too serious,” Walker said. “You can never take anything for granted because you never know what can happen. I’m blessed to be safe and able to still play this game.”