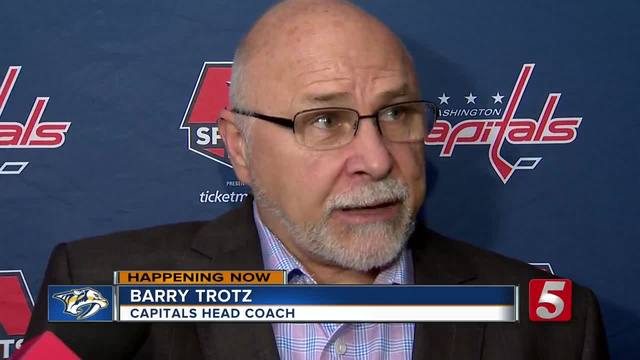 Barry Trotz will be behind the other bench tonight at Bridgestone Arena as his Capitals make their yearly visit to the place he called home for nearly 17 years. 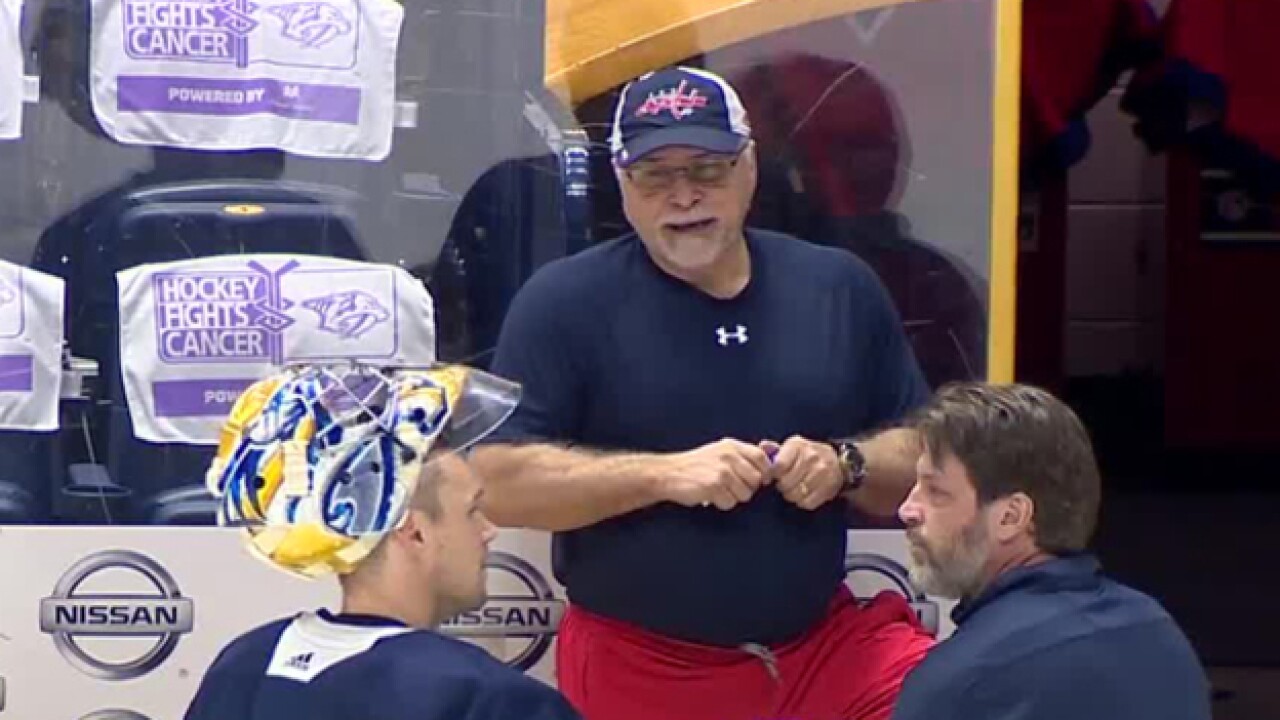 Barry Trotz will be behind the other bench tonight at Bridgestone Arena as his Capitals make their yearly visit to the place he called home for nearly 17 years.

It's been four years since Trotz was let go by the Predators after the team missed the playoffs in back to back seasons. He was the only coach the franchise had ever known up to that point, leading them to seven playoff appearances in their first 15 seasons of existence.

While it was an emotional goodbye at the time, "Trotzy", as players and fans affectionately call him, has moved on in Washington, leading the Capitals to three straight playoff appearances. The Caps won the President's Trophy as the team with the most points each of the past two regular seasons.

But he still enjoys coming back to middle Tennessee and seeing familiar faces.

""I said it the first year that it was awkward," Trotz told reporters Tuesday morning. "But it's getting easier. It's a chance to see family and friends. It's something I enjoy."

And Trotz still keeps tabs on his old team. He, like the rest of the hockey world, watched as the Predators stormed through the Western Conference playoffs last spring and into their first ever Stanley Cup Final.

That success was greeted by deafening gold-clad sellout crowds that became the talk of the NHL, and up to 50,000 people partying in the streets around each game. As one of the first hires the Preds ever made, Trotz admits watching the moment was bittersweet.

"Probably the best way to say it is I wish I was part of that, being in Washington, because we had to watch the Penguins play the Preds," Trotz said. "But I was really happy for the friends I have here, the people that have put a lot sweat equity into the franchise. I've been, from day one, through a lot of the trials and tribulations of ownership and all the different things. To see it grow and to see it blossom into the vision that David (Poile) and Craig Leipold had when we started back in 1997, it was awesome to watch. I was really, really happy for all my friends."

Hockey has made huge strides in Nashville and Trotz deserves significant credit for leading the franchise from expansion team to the playoffs and to contender status. He will always be linked to making the Predators a part of the fabric of Nashville.

That's why he's the one visiting coach that will avoid boos when he's introduced at Bridgestone Arena. Expect a loud cheer tonight and every night he steps behind the bench in Smashville.

His legacy is secure here, and it was well earned.