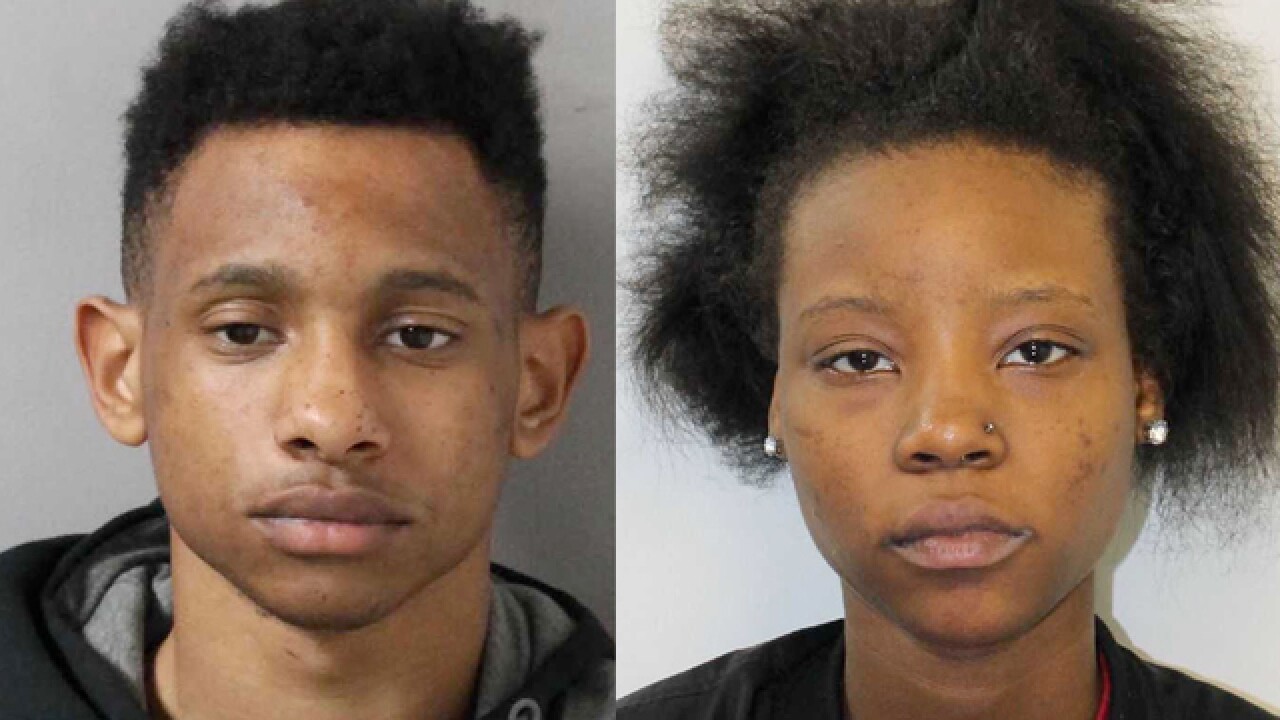 Copyright 2018 Scripps Media, Inc. All rights reserved. This material may not be published, broadcast, rewritten, or redistributed.
&lt;p&gt;Charlie Easley and Briasia Hyde, both age 18&lt;/p&gt;

Three teenagers were arrested, and police confirmed a stolen vehicle and gun were recovered.

Reports stated Easley sped away, but officials didn’t chase him because of the speed and heavy traffic.

Authorities then used a police helicopter in the area to spot the Charger and follow it into East Nashville.

There Easley and his two passengers got out in an alley located between Stainback Avenue and Lischey Avenue.

A perimeter was established, and police said a K-9 helped capture the three suspects.

Easley was charged with evading arrest, contributing to the delinquency of a minor, cocaine possession, auto theft, and outstanding warrants for aggravated assault.

Another 18-year-old, identified as Briasia Hyde, was charged with evading arrest, joyriding, vandalism, resisting arrest, and contributing to the delinquency of a minor.

Authorities said a stolen .45 caliber pistol was found on the third suspect, an unidentified 17-year-old. The gun was seized, and the teen was charged at juvenile detention with evading arrest, unlawful gun possession, auto theft, theft of the gun, and an outstanding charge of escape.

The Charger, which had been stolen earlier in the day in La Vergne, was recovered.