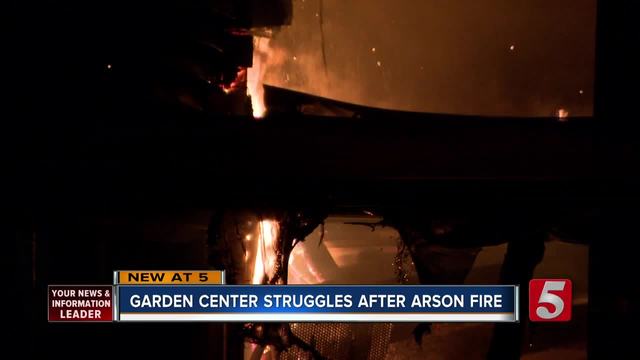 A Belle Meade plant nursery business that was destroyed by an arsonist is struggling to maintain the business post fire.

A Belle Meade plant nursery business that was destroyed by an arsonist is struggling to maintain the business post fire.

Creekside Garden Center was targeted in early September when someone threw something flammable through the back door patio.The entire office and plant nursery was burned to the ground.

Initially, there was a large outpouring of support for the business.

As the temperatures drop, the business enters its slow season anyway, but now they're making even less profit. However, Estepp said he thinks they're still going to be fine.

"It's sad to look at, but I can see when this thing gets scraped clean, I can see something else coming out of it than what was here," he said.

A Facebook post was put up on the Hip Bellevue page, and the owners said things have been moving a little faster for the business since that happened.

Estepp said he has no plans to close.