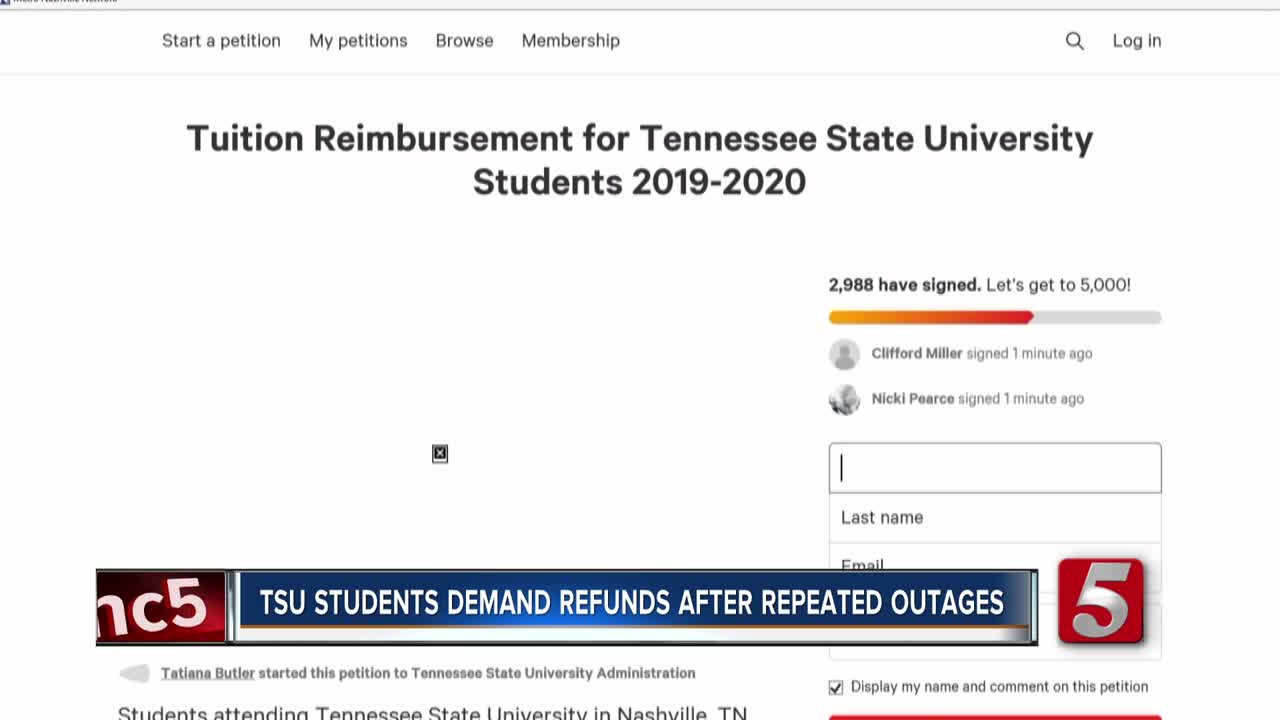 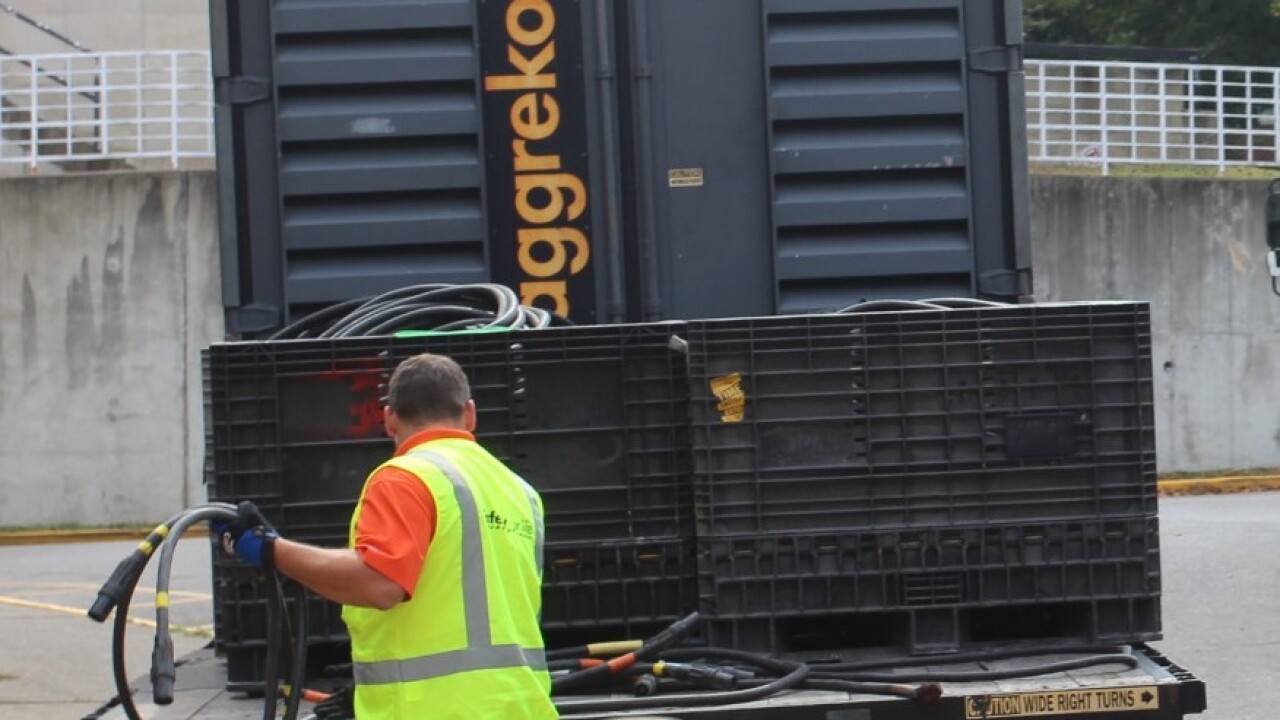 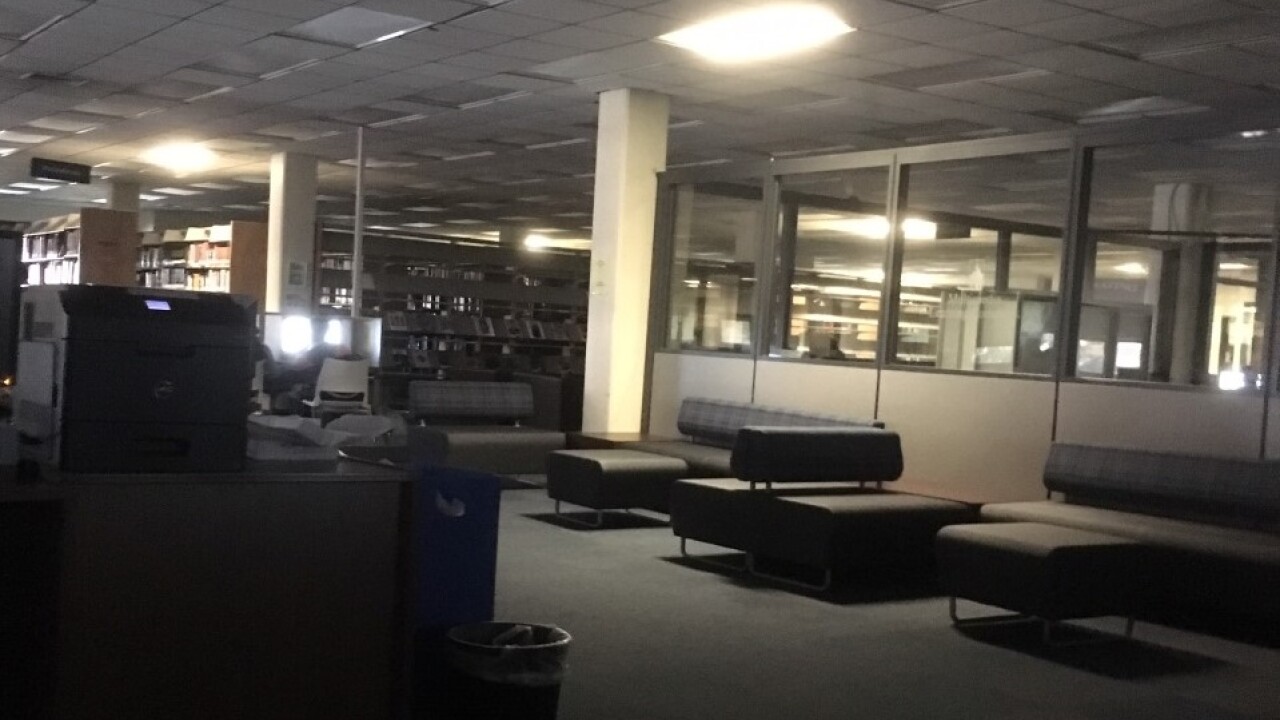 Part of campus has been experiencing multiple power interruptions since August, leaving students in the dark.

According to the petition, students say the lack of power has them facing the issue of having basic needs met.

"For instance, power outages in several academic and public-use facilities have been occurring off and on since late August 2019 to currently, October 2019 without a definitive fix. Students are lacking hot water, and some are being bused to another dormitory in order to bathe and take care of personal hygiene concerns," said Senior Hannah McClendon. "Two of six dormitories are running on generators and have been off and on since late August. As we enter our third month of the Fall 2019 semester, the students believe that a tuition reimbursement would alleviate some of the stresses that have been endured."

McClendon said she chose not to attend class on Thursday because she was tired of sitting in her dark classrooms this week.

McClendon spent part of her day taking a friend to buy groceries off campus after she was unable to buy food in the cafeteria.

"It's a university policy for me to have $200 in the DB, like the currency on campus, because I'm a full time student even though I commute. I can't even use it because nothing is open so I have to go out. It's just pointless in having it. So I would love to have that back," she said.

Newschannel 5 contacted Tennessee State University officials to find out what may be causing the interruptions.

"Tennessee State University is continuing to restore electricity to a portion of the campus that is experiencing a partial power outage. Additional generators are being connected to help minimize the impact. One is being installed at the campus center and two other units will be installed at two of the residence halls. The generators will allow these two buildings to operate normally. The University, along with contractors, are still testing the system to determine a definitive reason for the power outage in the north loop power grid of the campus. However, contractors have said an aged electrical system, coupled with water damage to underground wiring, and a recent lightning strike are the possible contributing factors for the power interruption. The contractors and other personnel worked late last night and are continuing to test the system. This means some buildings powered by generators will have limited electricity. The university is working diligently to make students as comfortable as possible. This includes providing food, and the housing staff working around the clock to provide any special accommodations that are needed. University administrators are also working with student leaders to address all student concerns relating to this matter."

"Contractors have now determined that lightning struck a key circuit that caused damage to underground wiring. This coupled with the age of the electrical system caused the outage in the north loop power grid of the campus. Contractors are still working on a timetable for when all repairs will be complete and power fully restored to the campus. Until then, buildings experiencing a partial outage will be powered by generators. Currently, a generator for the campus center has been connected and generators for two residence halls are expected to come on line later tonight. The additional generators should arrive tomorrow for the remaining buildings. They include the administration building, academic buildings and general purpose buildings. The university is working around the clock to restore power to all buildings that are experiencing problems and to accommodate everyone, especially our students. Residence Life staff have been working diligently to make students as comfortable as possible."