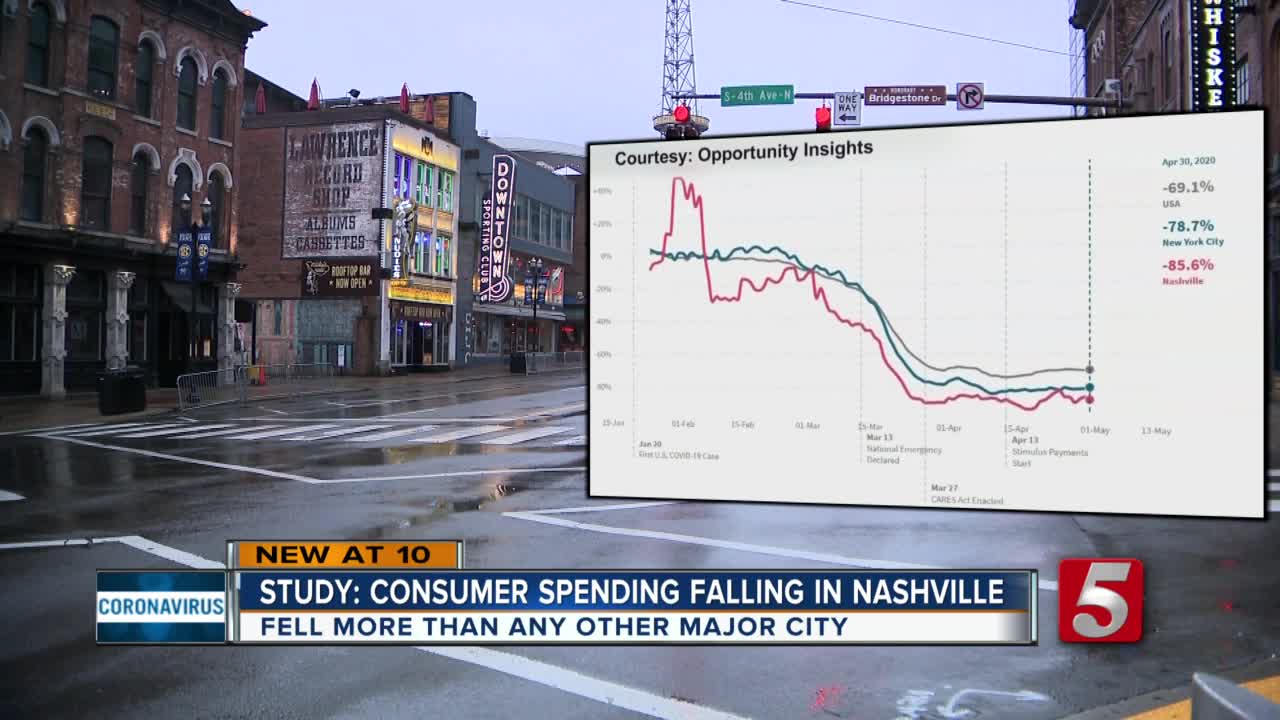 Researchers from Harvard and Brown Universities said spending in Nashville has fallen more than any other major U.S. metro. 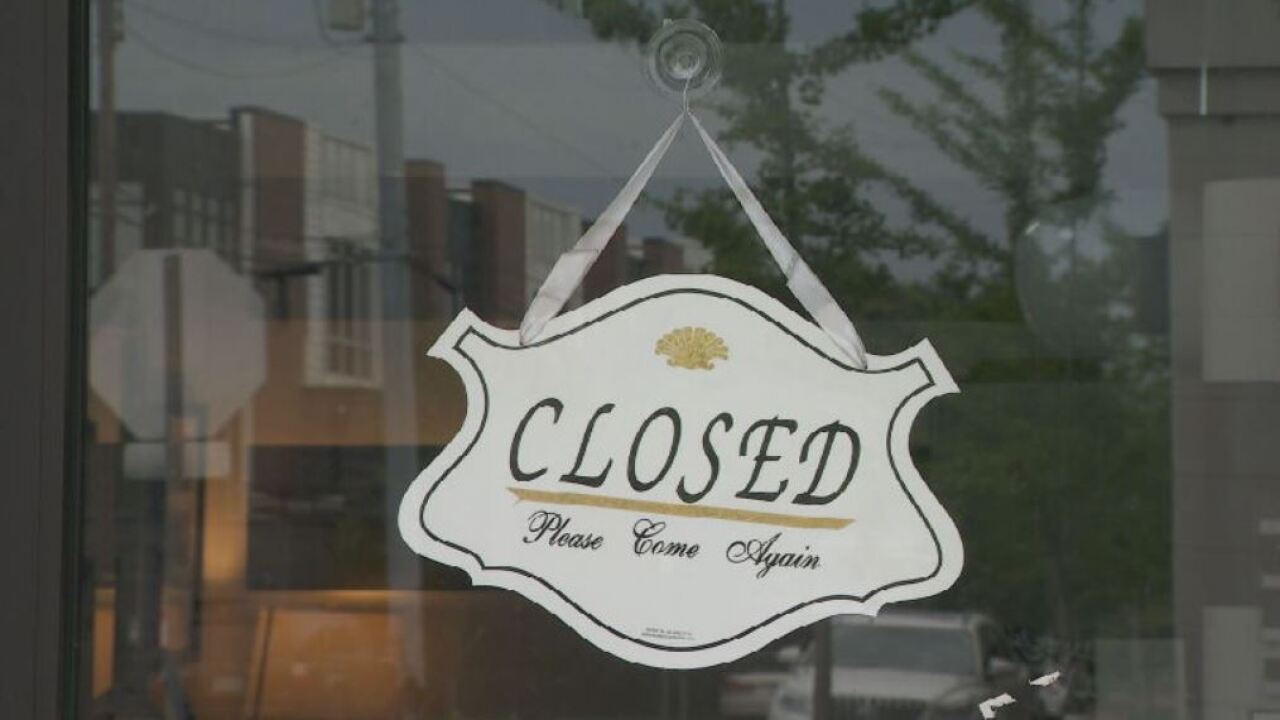 NASHVILLE, Tenn. (WTVF) — Researchers from Harvard and Brown Universities said spending in Nashville has fallen more than any other major U.S. metro.

The study, published by Opportunity Insights, compares spending data across the country to data from the beginning of 2020. Compared to January, 2020, total spending in Nashville is down 46.3 percent. The most impacted industries are transportation, which has fallen 85 percent, and the hotel and restaurant industry, which has seen a 77 percent drop in spending.

As of early May, Atlanta has seen a 33.4 percent drop in total spending, Charlotte has seen a 29.1 percent drop and in Memphis, spending fell 11.2 percent. To compare metro areas and states, you can visit Opportunity Insight's interactive website.

Local businesses owners said the steep drop in spending has a major impact on their operations.

The eight-room boutique hotel in Nashville said the loss in revenue has led to layoffs as the East Nashville business hopes to stay afloat.

However, there was some positive news in the study: spending has been steadily increasing since it hit its lowest point in early April. The Nashville Convention and Visitors Corp confirmed the trend, saying hotel bookings bottomed out in early April, and have been rising since.