The man suspected in the shooting death of a Hopkinsville Police officer has been shot and killed by law enforcement in Montgomery County.

The man suspected in the shooting death of a Hopkinsville police officer has been shot and killed by law enforcement in Montgomery County.

Authorities spotted a stolen vehicle believed to have been driven by Decoursey in the parking lot of a Cracker Barrel restaurant. Around that time, an employee of a nearby hotel also called police, saying Decoursey had asked for a cigarette.

DeVine said that two deputies and one U.S. Marshal's officer then spotted Decoursey crossing the street and gave several verbal commands to stop. He reportedly ignored those commands and was shot dead.

DeVine said they recovered a weapon from the scene.

Decoursey had been accused of shooting and killing Officer Phillip Meacham on Thursday in Christian County. Meacham was off-duty at the time. 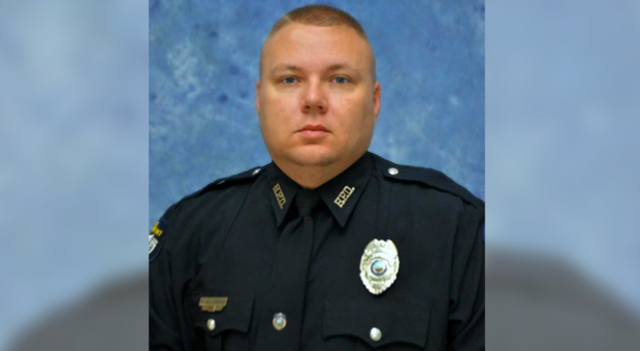 Hopkinsville Police officials said Decoursey was impersonating a police officer when he attempted to pull over Meacham. Shortly after Decoursey initiated the fake traffic stop, he allegedly shot the officer.

Exit four and parts of Wilma Rudolph Boulevard was closed for hours as the investigation continued. The road has since reopened.