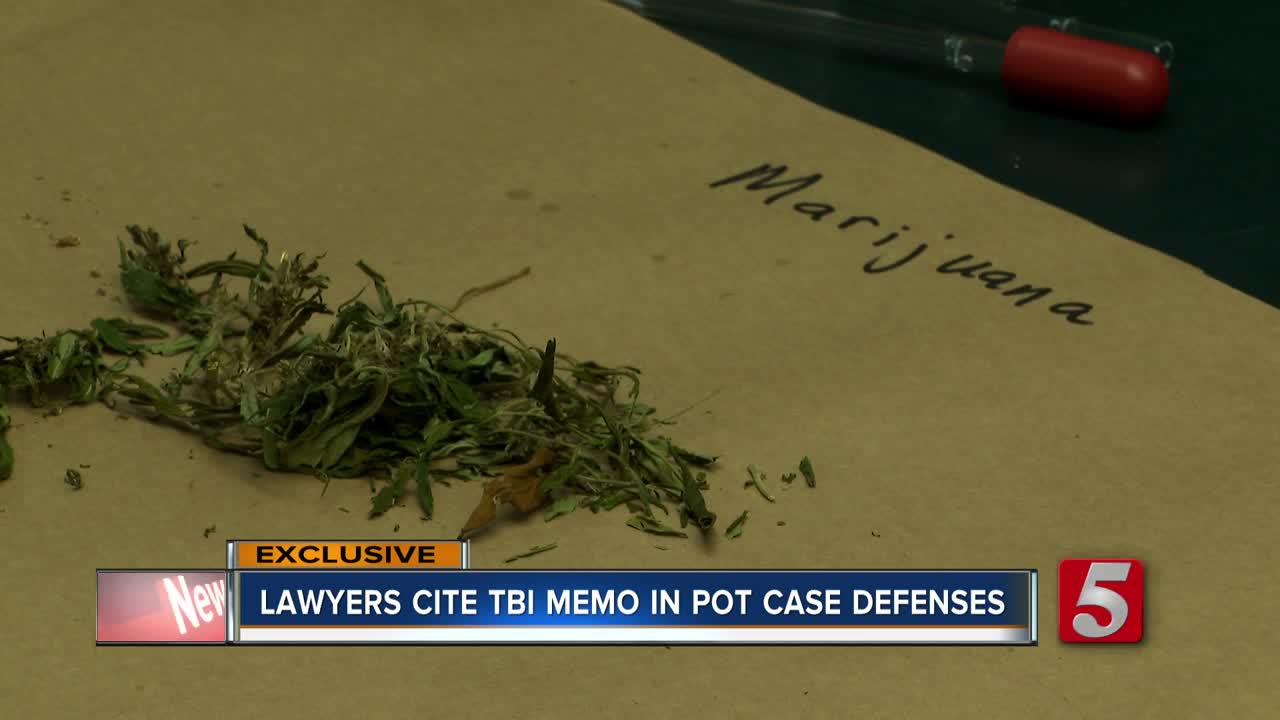 A TBI memo sent to police figures to radically change the way marijuana cases are prosecuted. The memo does not decriminalize marijuana, exactly, but defense attorneys say getting caught with a small amount of pot now means there's a better chance you won't be criminally prosecuted. NASHVILLE, Tenn. (WTVF) — What happens if someone in Tennessee is busted for marijuana? If the amount is less than half an ounce there's a chance the charges will now be dismissed.

A Tennessee Bureau of Investigation memo was sent to police figures to radically change the way these drug cases are prosecuted. The memo does not decriminalize marijuana, exactly, but defense attorneys say getting caught with a small amount of pot now means there's a better chance you won't be criminally prosecuted.

"We're going to have a lot of officers upset if they charge cases and they go to court and the cases are dismissed," said defense attorney Kevin Teets.

He cites a recent marijuana case in west Tennessee where a judge based his decision on TBI's new policy.

"The judge dismissed the case the first time the client was in court," said Teets. "No prosecution at all."

NewsChannel 5 obtained a copy of the memo sent to prosecutors and police earlier this month.

It states the testing in marijuana cases will "only be performed on felony amounts of plant material and at District Attorney's request if needed for trial."

What does this mean?

"It calls into question the state's ability and the TBI's willingness to test misdemeanor amounts of marijuana," said defense attorney Joey Fuson.

He and Teets said they will now council their clients against plea deals and to fight misdemeanor citations.

"If they won't test plant material to tell if it's marijuana or hemp then the case should be dismissed," said Teets.

In Tennessee, marijuana remains illegal and contains the psychoactive drug THC. But hemp, which looks and smells just like pot, is legal and -- yes -- it may contain up to .3 percent THC. The TBI recently unveiled a new field test for officers to help tell the difference but, said Fuson "It doesn't tell you THC levels."

Teets added, "They have a field test they are conducting, but it is not conclusive enough to be used for evidence at trial."

On Tuesday, the TBI released the following statement:

In late August, District Attorneys General and Law Enforcement across the state received notification from our Forensic Services Division of additional testing to differentiate between hemp and marijuana. The letter explains the two tests that are now conducted to identify the presumptive determination of the sample. The TBI crime laboratories are on pace to receive more than 10,000 submissions of green leafy substance and Forensic Scientists are now conducting considerably more tests than in the past. Determining the quantity of THC requires yet another test, which will be conducted on all felony amounts of plant material that is presumptively marijuana, and any other submissions as requested by a District Attorney General, to include misdemeanor amounts. We currently test misdemeanor amounts and will continue to test misdemeanor amounts at the request of the District Attorneys General.

The intent of the letter, which you can download by clicking this link, was simply to notify the District Attorneys and Law Enforcement of additional developed testing and to clearly communicate the importance of prioritizing the need for quantification for prosecution.

TBI remains opposed to the legalization of marijuana in any form.