TDOT inspects bridge after I-840 crash 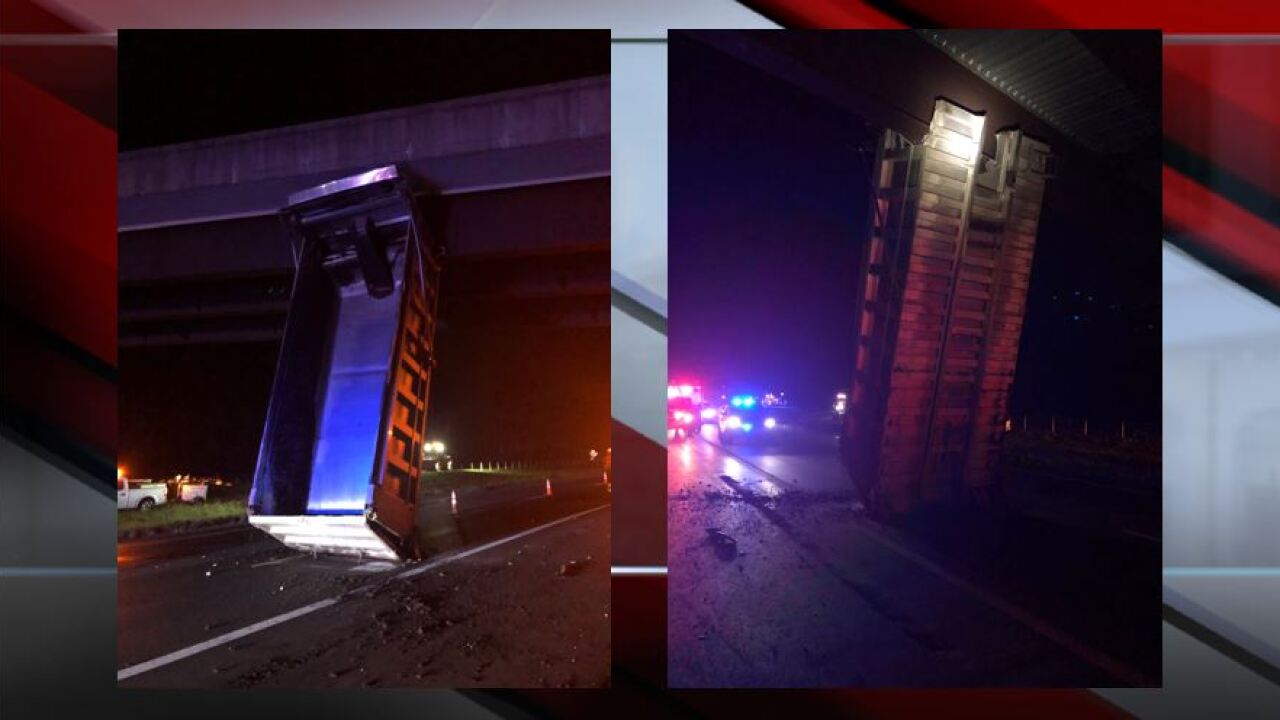 WILLIAMSON CO., Tenn. (WTVF) — The Tennessee Highway Patrol investigated a late-night crash on I-840 in Williamson County, that led to a bridge inspection.

According to THP, the bed of a dump truck crashed into a bridge in the westbound lanes of I-840 near mile marker 35 Thursday night. The driver was taken to the hospital.

Troopers at the scene said there was nothing being hauled at the time of the crash.

Tennessee Department of Transportation had to send crews to the scene to inspect the bridge, and it was deemed safe.

According to THP, all westbound lanes of I-840 were expected to open by 1:00a.m. Friday.