Tenn. governors must sign Nathan Bedford Forrest Day proclamation along with others 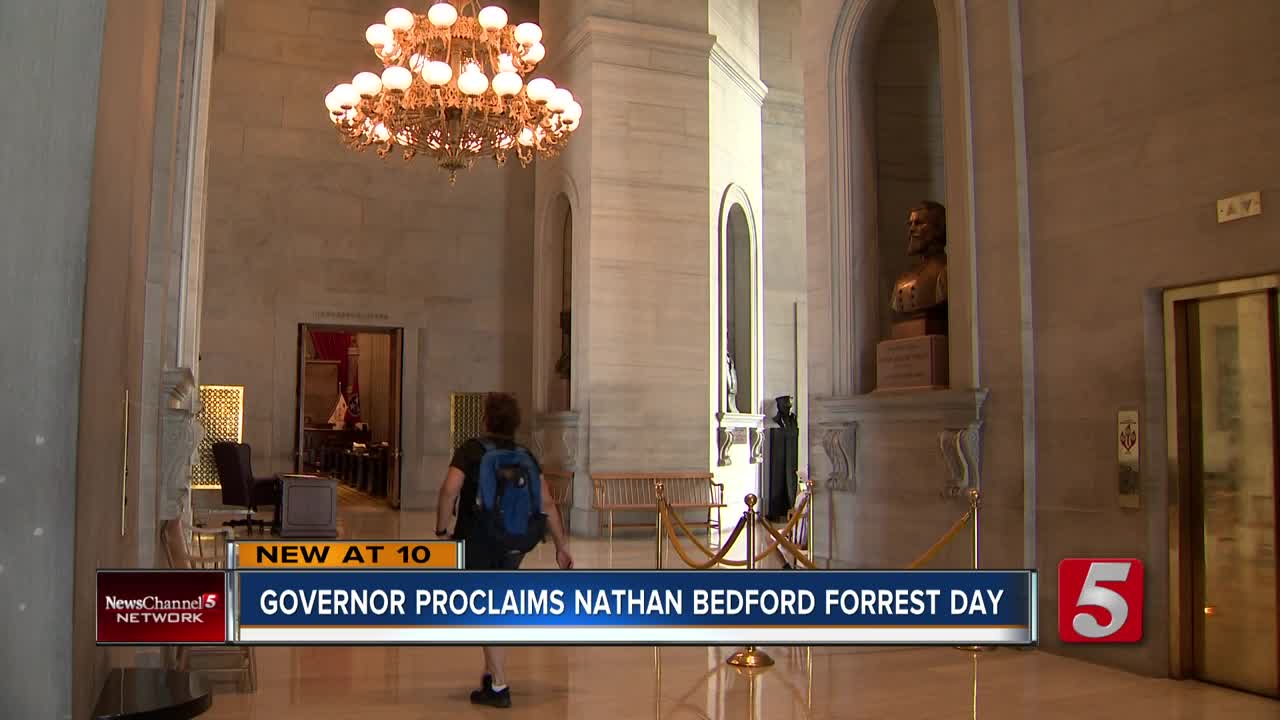 Governor Bill Lee signed a proclamation making Saturday, July 13, Nathan Bedford Forrest Day in Tennessee. He's one of many governors who have done so. 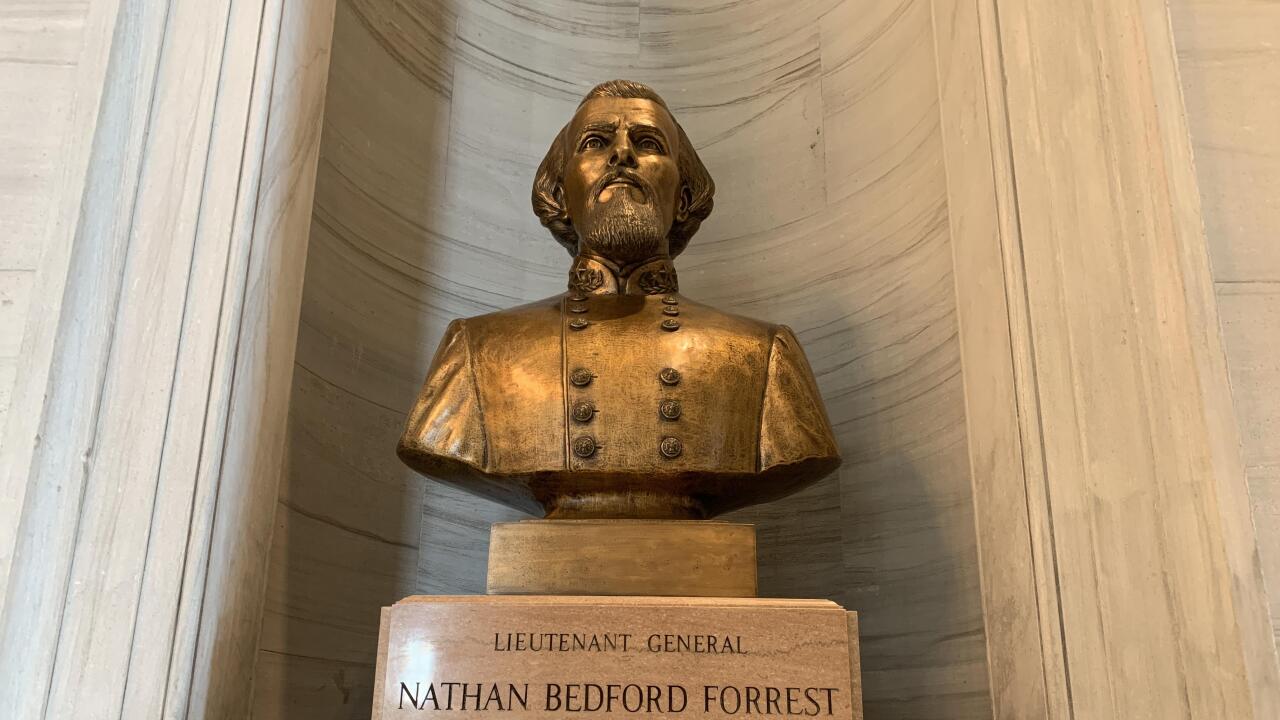 "How can you be a person of humanity, how and then support that statue, support a day when he was the head of the KKK, how can you do that," said Jim Wohlgemuth, with Veterans for Peace.

For two years, Wohlgemuth and Veterans for Peace, have been pushing a petition to remove the Nathan Bedford Forrest bust from the capitol. Now he learns the news that Governor Bill Lee signed a proclamation honoring the Confederate General and early leader of the KKK with his own day.

"To do this again, to honor Nathan Bedford Forrest again with a day is just saying, guess what, if you're a person of color we don't care about you," Wohlgemuth said.

Nathan Bedford Forrest Day has been observed in the state for nearly 50 years. The proclamation is causing controversy among some democrat members of the House.

"This a reminder of the painful and hurtful of the crimes that were committed against black people," said Rep. Vincent Dixie of Nashville.

Dixie says like many others he didn't know July 13 was Nathan Bedford Forrest Day in Tennessee. Dixie says this was the wrong move on the part of Governor Lee.

"Now you're signing a proclamation honoring the same people that fought to keep people that look like me, African Americans in slavery," Dixie said.

In an email from the Governor's spokesperson, she said, Tennessee governors are required by statute to issue a series of proclamations each year, including Nathan Bedford Forrest Day. The proclamation that was issued complies with this obligation and is in keeping with prior years," said Laine Arnold.

Dixie says it's time to take a deeper look at the law.

"I plan on working with legislators to correct this issue; If the governor is sincere about really being the governor for all Tennesseans and not some Tennesseans then he would get behind me, and do the right thing," Dixie said.

The proclamation is not limited to Gov. Lee. Tennessee law mandates that the governor must issue proclamations for six state holidays each year including days for Nathan Bedford Forrest and Robert E. Lee. It has been state law since 1971.

Tennessee Code Annotated 15-2-101. Additional special observance days.
Each year it is the duty of the governor of this state to proclaim the following as days of special observance; January 19, “Robert E. Lee Day”; February 12, “Abraham Lincoln Day”; March 15, “Andrew Jackson Day”; June 3, “Memorial or Confederate Decoration Day”; July 13, “Nathan Bedford Forrest Day”; and November 11, “Veterans' Day”; the governor shall invite the people of this state to observe the days in schools, churches, and other suitable places with appropriate ceremonies expressive of the public sentiment befitting the anniversary of such dates.
Forrest's bus is on display in the state capitol and a statue of him is located on private property in plain sight of drivers on Interstate 65 in Nashville. Both of which have been the target of harsh scrutiny and controversy.

Governor Lee's office released the following statement in response to questions regarding the proclamation:

“Tennessee governors are required by statute to issue a series of proclamations each year, including Nathan Bedford Forrest Day. The proclamation that was issued complies with this obligation and is in keeping with prior years.” -Laine Arnold