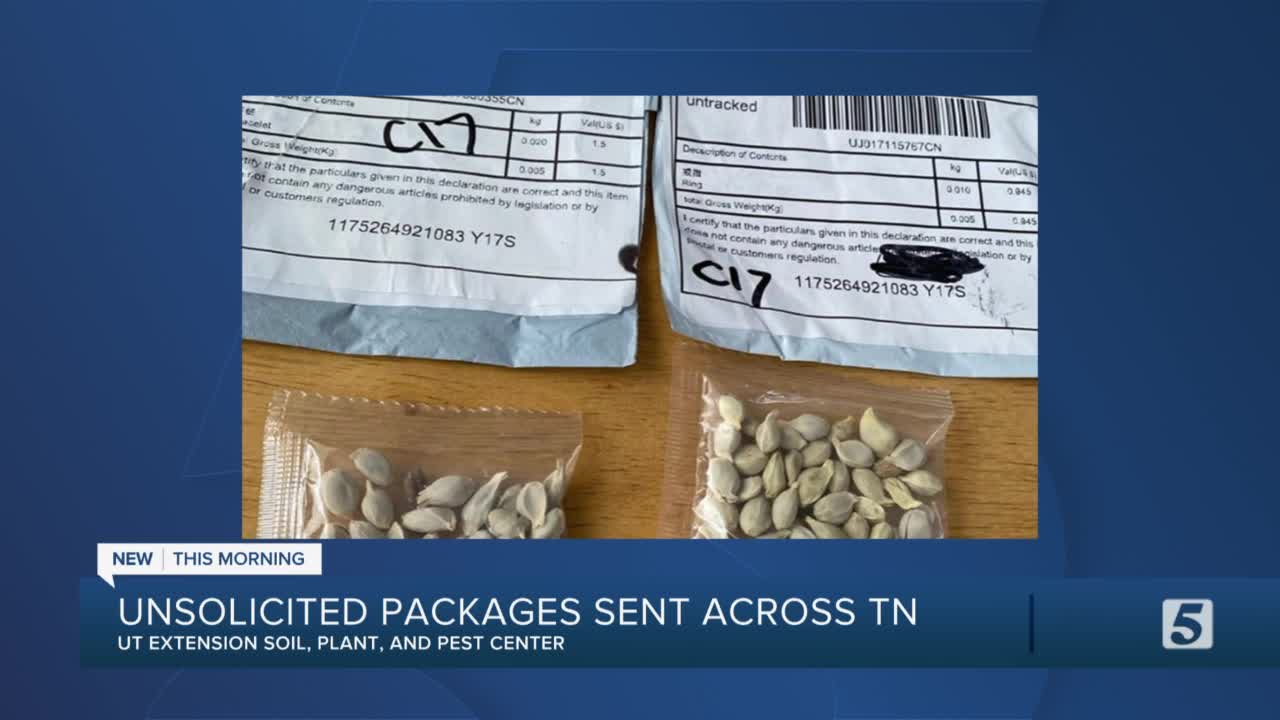 Ag experts say it’s possible the seeds are some type of invasive species that could harm indigenous vegetation and wildlife. 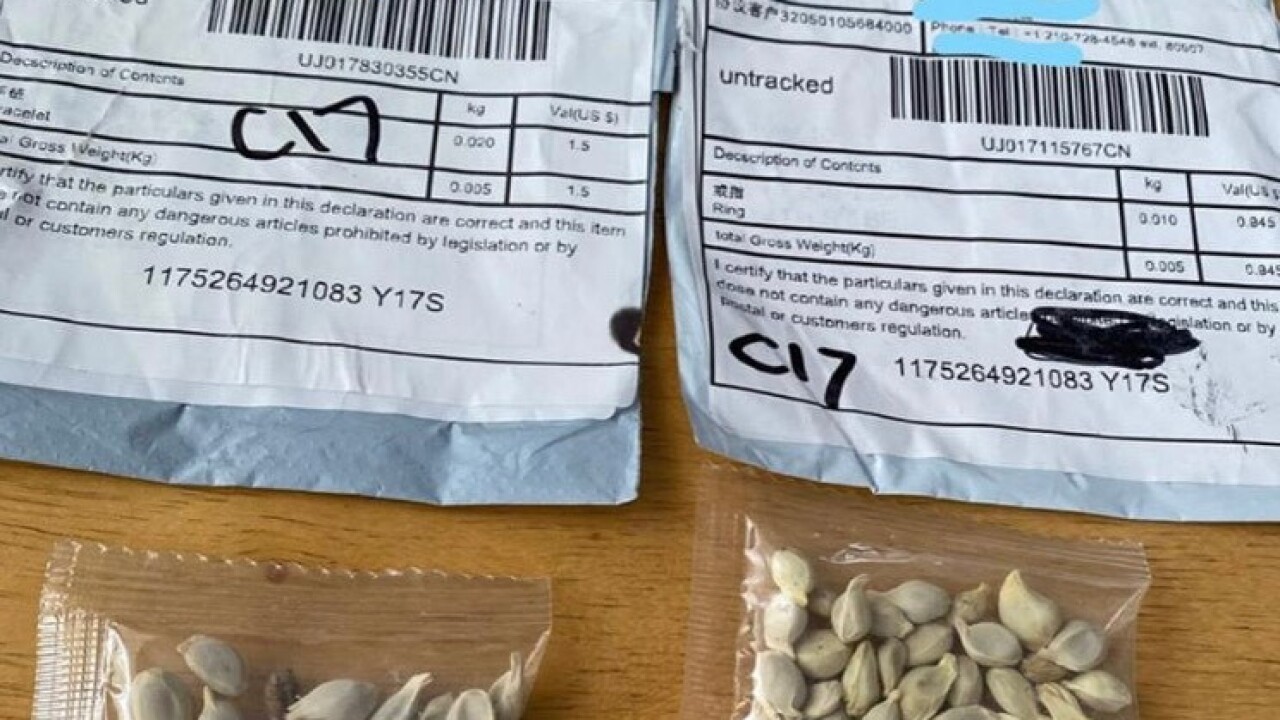 NASHVILLE, Tenn. (WTVF) — Several states across the country, including Tennessee, are now investigating reports of residents receiving packages of mystery seeds that were allegedly sent from China.

The University of Tennessee Extension Soil, Plant and Pest Center has issued a warning about “unsolicited packages of unidentified, non-inspected” seeds, saying they could be dangerous to the environment.

“If you consider the number of pests that we are currently battling from China, you understand the seriousness of this issue,” the UT Extension Soil, Plant and Pest Center said in part.

The center confirms the Tennessee Department of Agriculture received two calls about the mystery seeds on Friday. In some cases, the packages are labeled as "jewelry” and have contained several types of unlabeled seed.

Ag experts say it’s possible the seeds are some type of invasive species that could harm indigenous vegetation and wildlife.

Several states across the country are now investigating reports of residents receiving the seeds. If you receive a package, ag experts say do not open the packets and do not plant the seeds. They also said do not throw them in the garbage because the plants could start growing in a landfill.

So, what should you do? Contact your state’s agricultural extension service or the Department of Agriculture for guidance. You can also contact the Plant Smuggling Division of USDA- APHIS (Animal and Plant Health Inspection Service) at SITC.Mail@aphis.usda.gov.