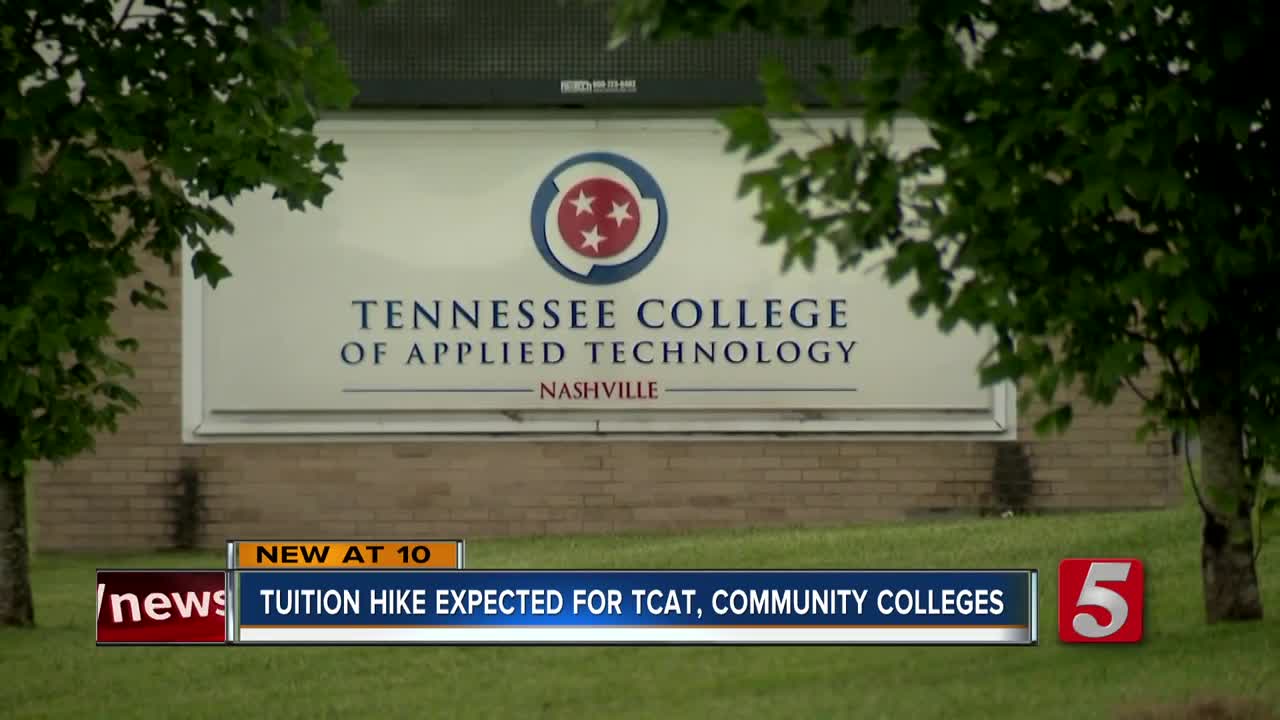 The leaders in charge of the state's community colleges and job training schools are ready to approve a tuition increase that will have students shelling out more for that education.

NASHVILLE, Tenn. (WTVF) — They're the colleges that many Tennesseans rely on to learn skills they can use on the job, and they're the schools Gov. Bill Lee has pushed more people to attend. But this week, the leaders in charge of the state's community colleges and Tennessee Colleges of Applied Technology are ready to approve a tuition increase that will have students shelling out more for that education.

If approved, the increases would cost community college students about $54 more per semester, and students at the Tennessee Colleges of Applied Technology $31 more per trimester, roughly a 2.5% increase.

The state says the increase would help fund a pay raise for instructors, while also finding ways to cut the costs that students have to pay in other areas.

"For example, this Spring semester, we just did a pilot e-textbook initiative involving 1,000 students in our community colleges which saved them about $548,000," said Rick Locker with the Tennessee Board of Regents. That program will be expanding statewide later this year.

If the changes are approved, the new tuition rates would kick in for the Fall semester.