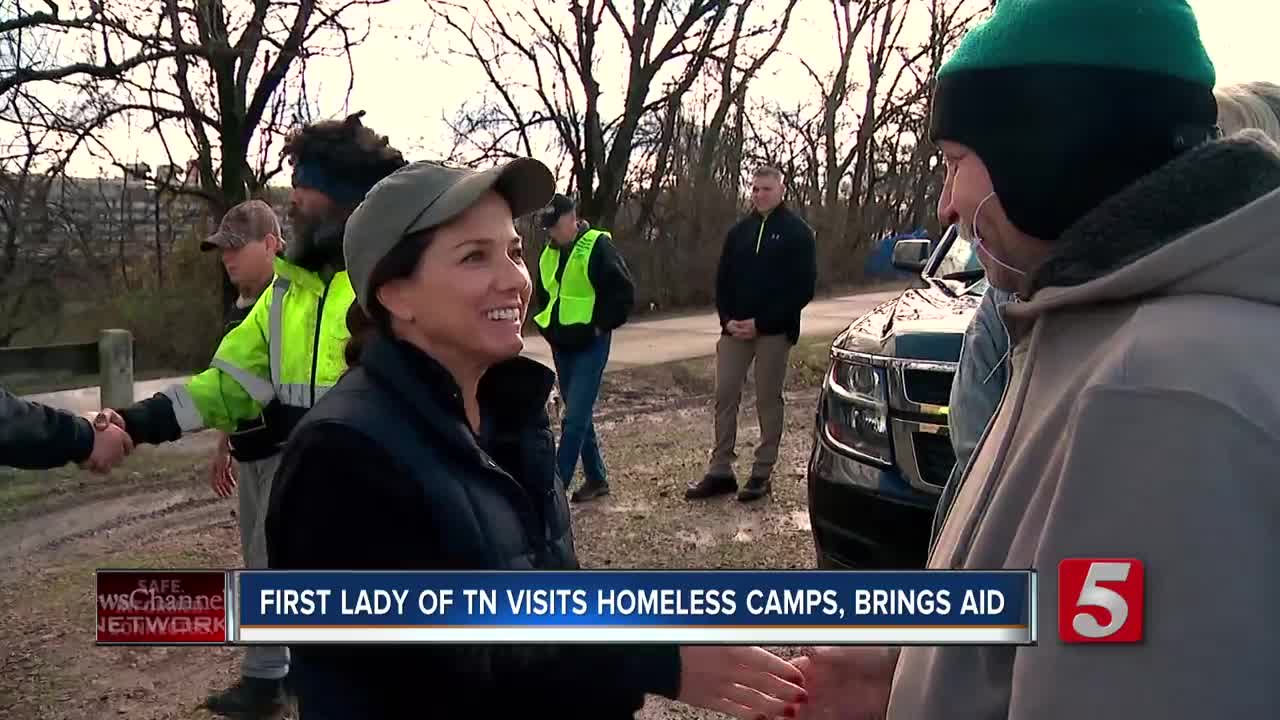 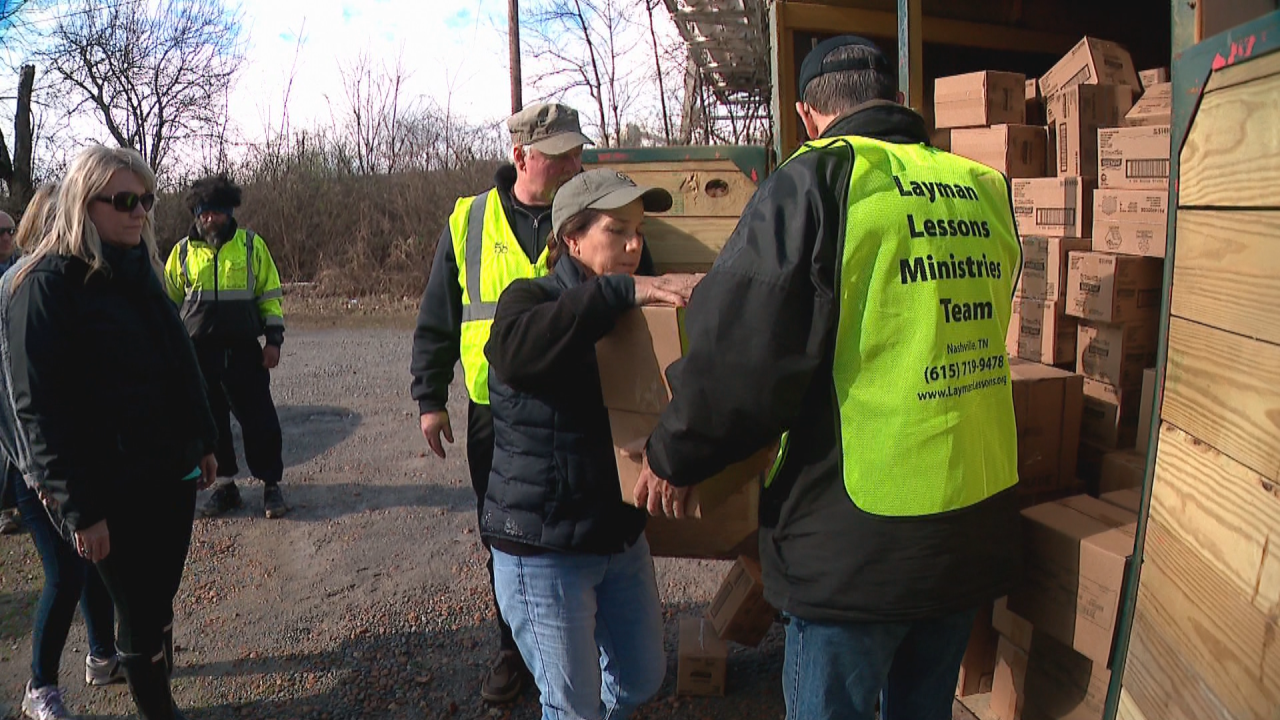 Lee's group of volunteers picks one cause per month and focuses on highlighting non-profits and other groups who do good work throughout the state.

She met with the founder of Layman Lessons, Louie Johnston, to see first-hand the conditions Nashville homeless are living in.

"It's really just a focus on us getting out, being an example, serving people around us in our state," said Lee. "Hopefully, mobilizing other people to do the same, and highlighting some of the great non-profits that are out just taking care of people in their community."

A group of about eight people brought supplies to camps in Nashville. Cans of tuna salad, protein bars and Gatorade were all handed out in boxes to homeless who promised to share the supplies to others in the camp.

"We minister to these people on a regular basis. Six days a week out in the camps in Nashville. It's the greatest honor to have someone like Maria Lee come out here and draw attention and learn about the homeless, the plight of the homeless here in Nashville," said Johnston.

Layman Lessons relies on monetary donations they use to ship in large semi-truck loads full of donated supplies. They accept donations through their website.

Johnston said he hands out about $9.5 million of supplies every year.

"It's sad that this is in our city," said Lee. "I'm so glad and hopeful that we've got [Johnston] and others that look after the homeless and help look after their needs and what they need on a daily basis. Trying to get them food and clothing and some type of semblance of shelter. Beyond that, trying to go the next step and get them off the streets too."

Johnston said there are four to five thousand homeless people living in homeless camps in the metro area. Every year, they see five or six of them die due to exposure or health related issues.