The Best Ways To Get To Pilgrimage Fest This Year 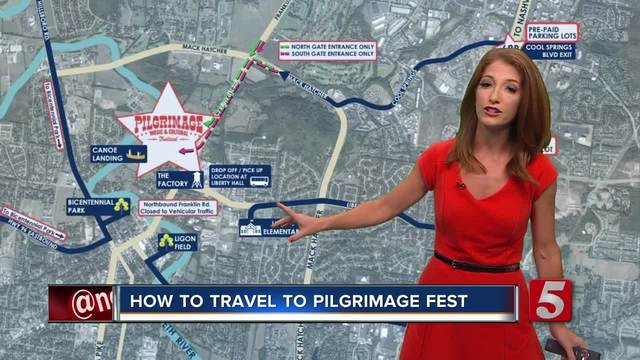 The City of Franklin estimates 20,000 cars will hit the road in the area, all trying to get the same place, and many at the same time. 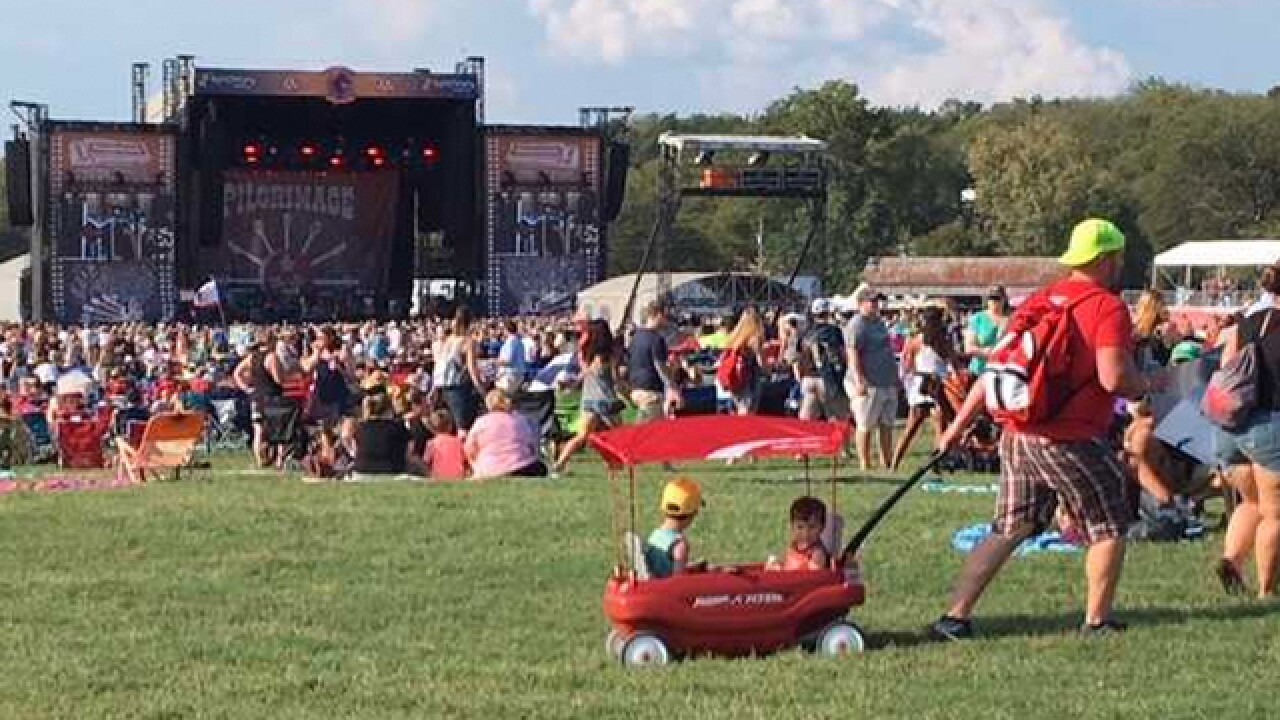 Around 30,000 festival-goers and staff will head to the Park at Harlinsdale Farms Saturday and Sunday for the Pilgrimage Music and Cultural Festival.

And the City of Franklin estimates that will mean 20,000 cars will hit the road in the area, all trying to get the same place, and many at the same time. Residents and festival attendees know that can mean a traffic nightmare.

"It is a challenge, and I think it's more challenging for locals that aren't used to having that traffic in their area," said Pilgrimage Festival Operations Director Sharif Zawaideh,  "that's why it's two days, that's why it's over the weekend. We're trying to minimize our impact on the local community."

Zawaideh, working alongside partners with the City of Franklin, says there's a change in the plan this year to help ease the backups from years past on Mack Hatcher, Cool Springs Blvd and Franklin Rd.

Both mornings of the festival, both lanes of Franklin Rd will travel southbound only, starting at Mack Hatcher and moving people toward the festival entrances. The one-way travel lasts until 2 p.m.

"With two lanes we're hoping we can offload people on the street more quickly," Zawaideh said.

Franklin Deputy Fire Chief Todd Horton says the festival is the city's largest coordinated effort all year. And they're ready for the visitors.

"For the last three months we've been really hard and heavy on it," he said.

He, along with dozens of City of Franklin staff from the police, fire and emergency depts, will be in and around the festival grounds, helping direct traffic and keeping everyone safe. And he says they're working with lessons learned from last year.

"Day one of the event we did have a lot of issues that occurred that involved attendees as much as any other responsible party, so we made a lot of changes on day two," Deputy Chief Horton said, "and on day two the site emptied out in 39 minutes completely of all vehicles."

Signs will change throughout the day to alert drivers and pedestrians about the latest traffic pattern.

And for the first time the City is using a text alert system for the festival to immediately send important traffic, weather and safety information to attendees.

The pre-paid on-site parking passes that grant drivers access to Franklin Rd are sold out. But if you don't have your plan to get to the festival yet, you have several options:

That's a lot of options to choose from. So we asked what would the festival's Chief of Operations do.

"I would either take the shuttle or I would park in downtown Franklin," Zawaideh said, "I think walking out of here is fun, with the crowd they're really amped up and then you have the chance to go to dinner in downtown Franklin or hit up another establishment and really help support this community."

And a tip from the Deputy Chief:

"Franklin United Methodist Church at the corner of Franklin Rd and Mack Hatcher is opening its lot for parking (this year)," said Horton.

Both agree your best bet is to make a plan and arrive early.

So that nothing stops you from enjoying the music pilgrimage.